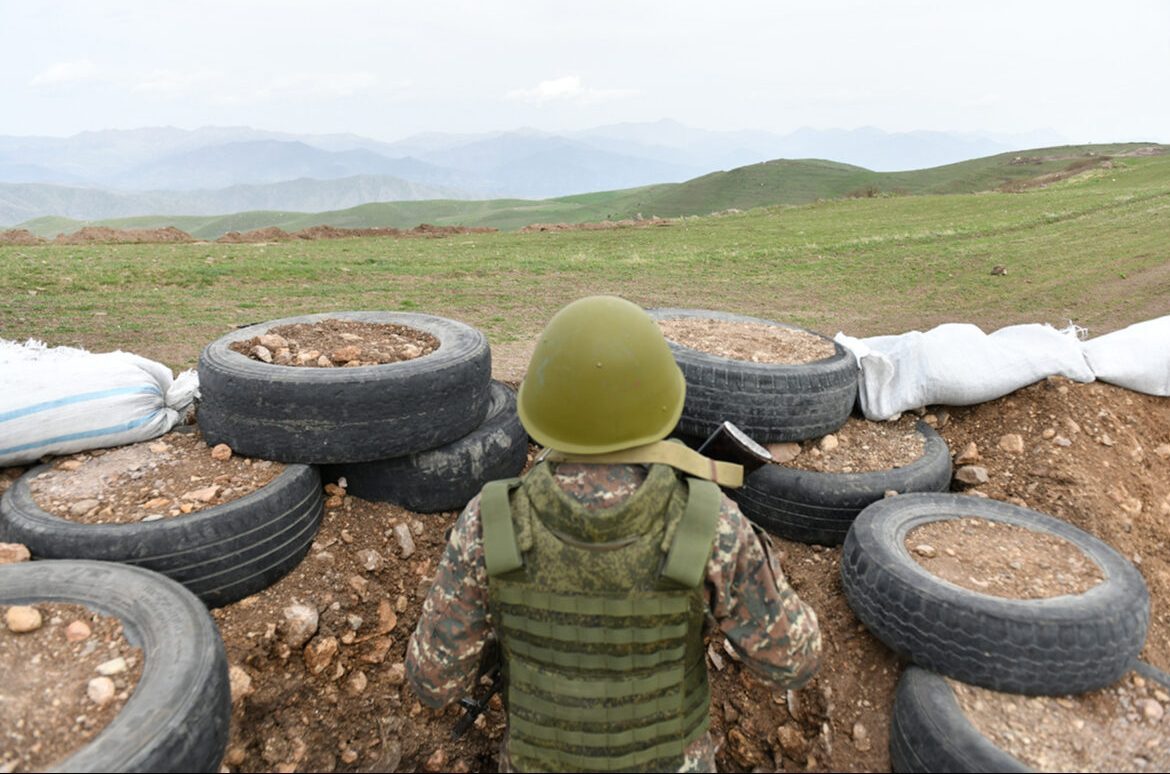 Azerbaijani forces escalated their attack on Artsakh’s Askeran region, where three Artsakh Army soldiers were killed and 14 were wounded as the enemy reportedly deployed Bayraktar TB-2 drones in its effort to further advance beyond the line-of-contact, the Artsakh Defense Army said on Friday.

Artsakh Defense Army released the names of the dead soldiers. They are, David Mirzoyan (born in 1978), Ishkhan Ohanyan (born in 1994), and Ararat Tevosyan (born in 1990). The army’s statement asserted the they were killed by Turkish-made Bayraktar drones.

“Starting midday March 25, the Azerbaijani Armed Forces continued gross violations of the ceasefire and in addition to small arms are also using combat drones, including Bayraktar TB-2s,” the Defense Army said earlier on Friday, adding that “the operative-tactical situation in the eastern borderline of Artsakh remains critically tense.”

Artsakh’s Human Rights Defender Gegham Stepanyan said in a Facebook post on Friday that based on verified information his office received 14 people were injured.

“Private conversations with the wounded revealed that almost all cases of injuries were registered due to the use of drones by the Azerbaijani Armed Forces,” said Stepanyan.

“Such actions against military personnel, per the ceasefire agreement, should be considered as crimes and violations of international humanitarian law. The private conversations with the wounded have shown that some of them were deliberately targeted by drones as they tried to provide first aid to injured friends. It is reported that the Azerbaijani side, while being able to observe unhindered by UAVs, struck at the moment when a humanitarian operation was being carried out by the military personnel,” added the rights defender.

“In such conditions of systematic ethnic cleansing and genocidal actions carried out by the military-political leadership of Azerbaijan, the Artsakh Defense Forces indisputably carry out self-defense enshrined in international documents to ensure the right to life and existence of the people of Artsakh,” Stepanyan wrote.

Artsakh authorities said that they are in active talks with the Russian peacekeeping contingent command.

“Everything is being done in order for the Russian side to take respective measures within the framework of its mission to return the Azerbaijani troops that have infiltrated the Parukh village of the Askeran region on March 24 back to their initial positions. At the same time, the armed forces of Artsakh are taking additional measures to ensure the security of adjacent villages. We expect that as a result of consistent efforts the Russian peacekeeping mission will succeed in resolving the issues that happened in the dimension of its control and that after the withdrawal of the Azerbaijani side the peaceful population will return to their homes by receiving additional security guarantees,” the Artsakh authorities added in a statement released through the official InfoCenter.

Despite the high-level negotiations, the Russian peacekeeping contingent deployed in Artsakh managed at this stage to stop only the advancement of the Azerbaijani armed forces in the section of the village of Parukh in Askeran region and the Azerbaijani shots fired from various caliber weapons, the Artsakh Information Center said in a statement.

“At the same time, however, we note that the Russian peacekeeping forces have not been able to manage to solve the main issue within their mission as the Azerbaijani forces, who infiltrated into Parukh village and adjacent territories in Askeran region on March 24, are still there.

“The authorities of Artsakh, however, hope that with the decisive efforts of the Russian side, the Azerbaijani troops will return back to their initial positions, and the peaceful population of Artsakh to their homes, otherwise the security guarantees given to the peaceful population living in Artsakh are seriously questioned,” said the statement.

Similar sentiments were voiced by Armenia’s Foreign Ministers, which in a statement on Friday warned that the situation in Artsakh remained tense.

“We expect that the peacekeeping contingent of the Russian Federation will take measures to ensure the immediate withdrawal of the invading Azerbaijani military units from the area of responsibility of the Russian Federation’s peacekeeping contingent, which should mean the return of the Azerbaijani units to their initial positions of March 23,” the foreign ministry added.