A Center that Google and Other Tech Companies Would be Jealous of: Serj Tankian on TUMO 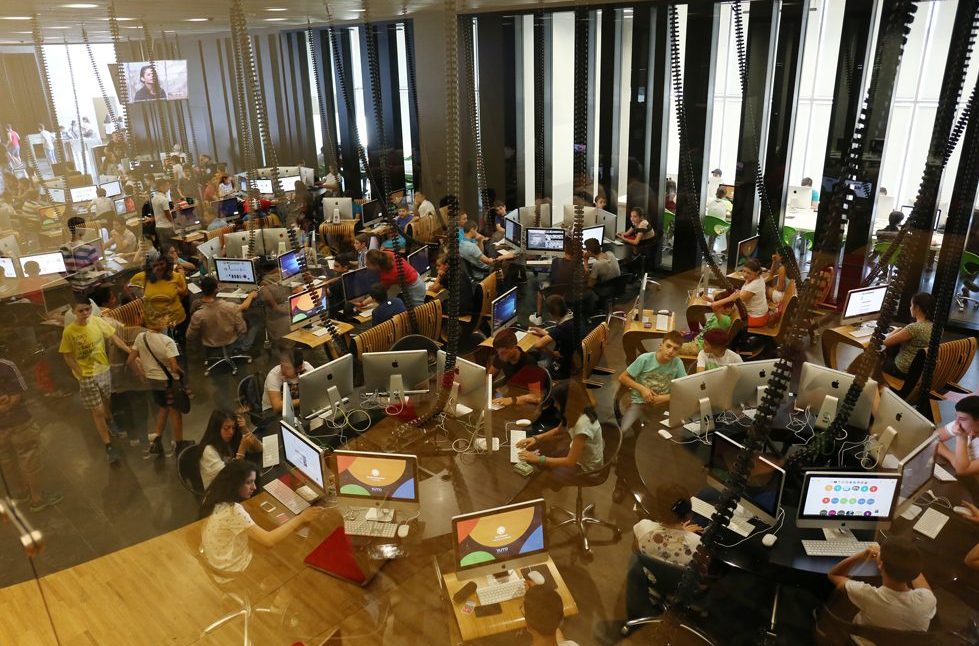 (Armradio)- Sam Simonian and Sylva Simonian created a center that Google, or any of these tech companies, would be jealous of, System Of A Down frontman Serj Tankian said in an interview with Forbes.

Tankian discussed his role with TUMO, the Center for Creative Technologies (TUMO), which started in Armenia and has now grown globally.

The ambitious program offers free education and training to teens in 14 different subjects, from music, filmmaking and animation to programming, robotics and 3D modeling.

“I actually helped add the music program ’cause I’m not sure they were thinking about it. And I said, “Well, do you have room for a music program?” And Sam was so cool. He said, “Can you send me the specs of what we need, what kind of recording computer or whatever system? And I’ll put it together.” And they did, and now they have a thriving music program with multiple bands and things happening,” Serj Tankian said in an interview with Steve Baltin.

“TUMO has grown from one center to a number of them in Armenia, to worldwide. So now there’s a TUMO in Moscow, in Kiev, in Paris, in Germany, in Berlin, and it’s just growing all over the place. There are plans to open up one in North Hollywood. L.A. City just granted them some money to open up a huge TUMO Center in North Hollywood, again, for kids to freely learn how to do all these after-school skills,” he informed.

Tankian noted that “it has perfectly coincided with Armenia’s growth in the tech sector.” “So kids that really do well with technology and learn skills at TUMO are able to take those skills and apply them commercially, start companies, join companies, get hired by software companies within Armenia. So that’s been incredible to see as well. So it’s actually serving as a technical skill platform on top of everything else.”

“In the post-Soviet transition of Armenia from independence, TUMO has served as a location where people whose parents have means, and people whose parents have no means, sit on the tables next to each other and collaborate on a program or on a film or on a musical project. It’s created a really modern space pre-egalitarian kind of thinking within Armenia’s new socio-economic circles. Pretty wild,” he added.

TUMO Kapan to Open at the City’s Historic Train Station