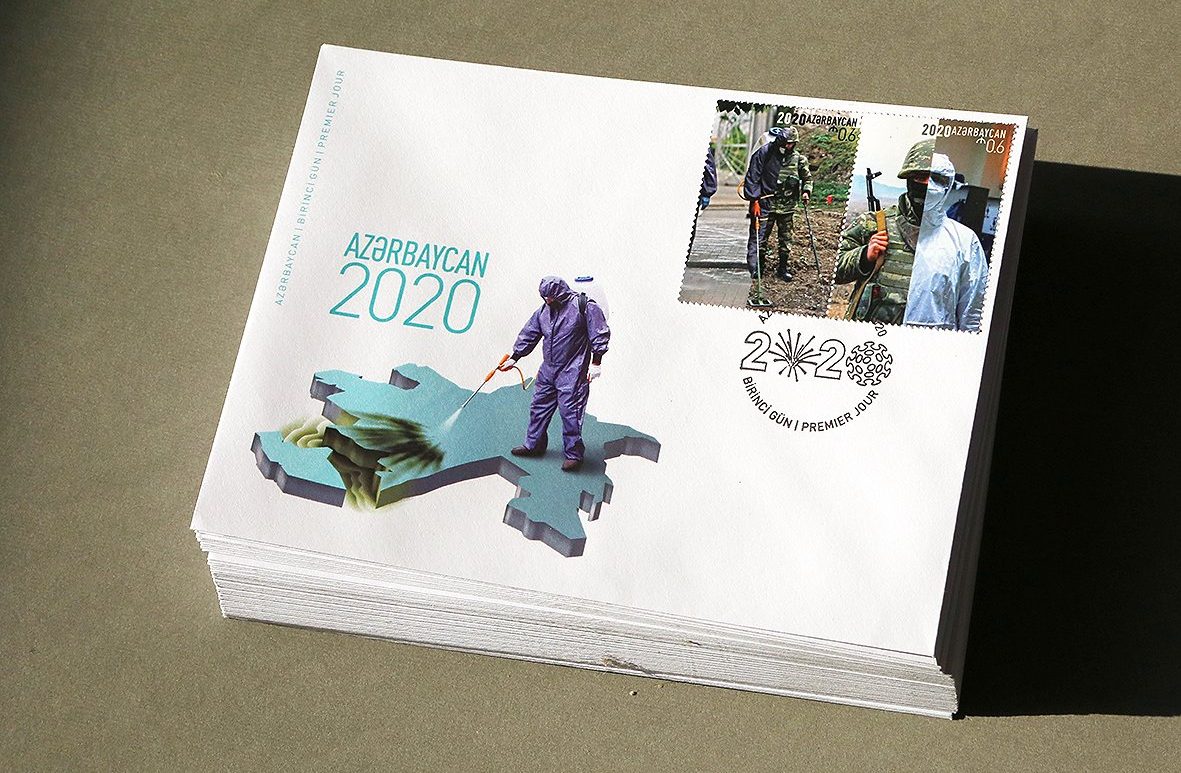 The policy of armenianism encouraged by Azerbaijani authorities and the fact of ethnic filming of Armenians in Artsakh (Nagorno-Karabakh) is justified by new developments.
In particular, the Ministry of Transport, Communications and High Technology of Azerbaijan has released ′′ Azerbaijan 2020 ′′ post letters, one of which is a clear propaganda of Artsakh Armenian extradition.
A man with medical outfits in the stamp is subjecting Artsakh to chemical disinfection from Armenians, explicitly representing it as ′′ dirt “:
This stamp once again proves the allegations of the human rights of Armenia that Azerbaijan is conducting a genocide policy of Armenians and does it just based on ethnic belonging, only because people living in Artsakh are Armenian.
The propaganda of armenianism carried out at state level has been consistently carried out for years. It is the consequence of the propaganda and organized Armenian policies that Azerbaijani armed forces have committed during the war against ethnic Armenians.
The deepest reasons for this are grounded by the evidence of the joint public report of the defenders of Armenia and Artsakh’s Human Rights (′′ The hate speech and hostility of ethnic Armenians organized in Azerbaijan as the root causes of ethnic tortures and inhuman attitude by the Azerbaijani armed forces ′′).
The report also proves that armenia is in a closed chain in Azerbaijan, generated by Azeri authorities, including higher bodies, is then widely used and encouraged by cultural, sports and public figures and deserves public praise, often targeted especially in targets having kids.
This is all that is necessary to consider during the decision of the borders of the Republic of Armenia to guarantee the rights of Armenians life, physical and mental immunity.
Prev post