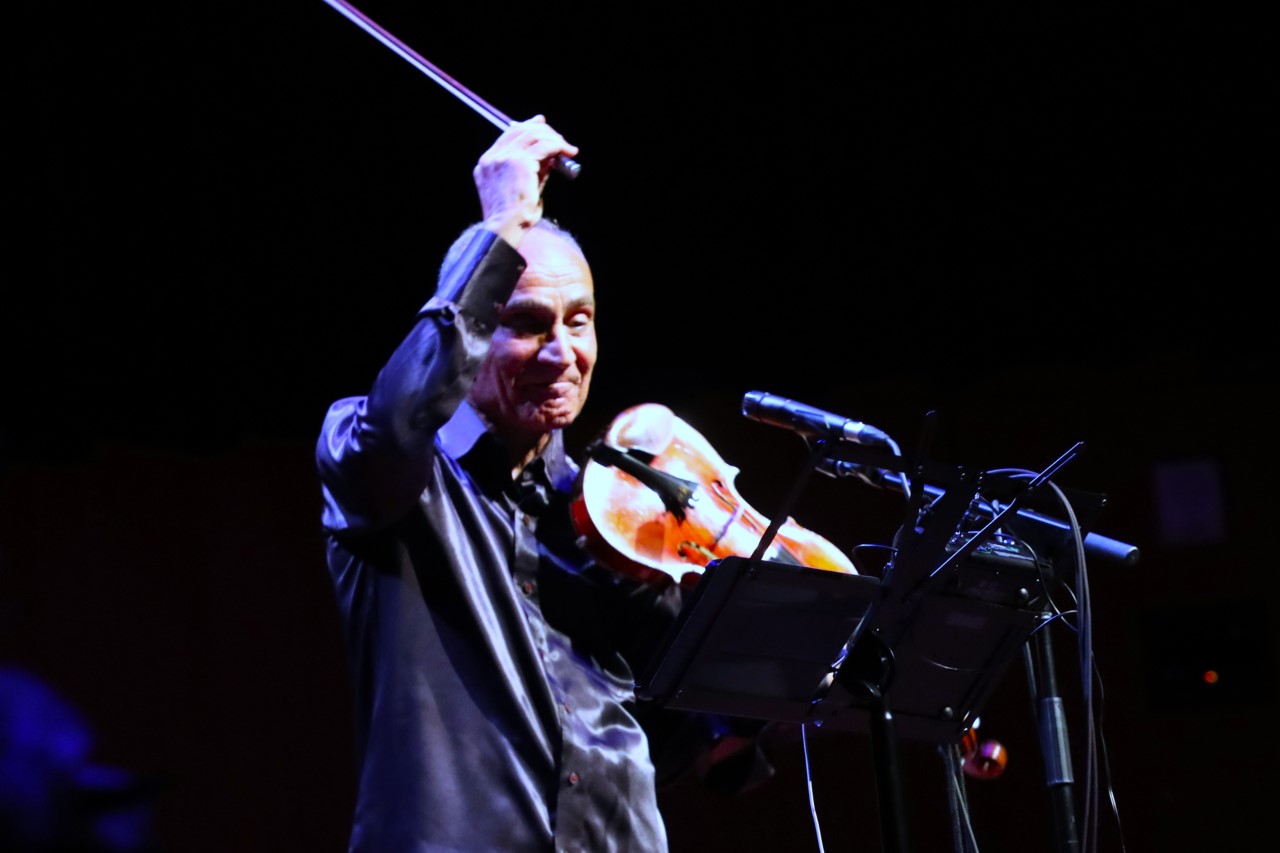 Samvel Yervinyan’s sold out violin concert, presented by AGBU Toronto on April the 9th in the auditorium of the splendid Aga Khan Museum, was billed as a unique performance and so it was in so many different ways, too numerous to mention here. The charming Aida Knadjian, vice chairperson of AGBU Toronto and the talented Jivan Stepanian, a recipient of an AGBU Performing Arts Scholarship, in their introduction of Mr. Yervinyan had already hinted that we were in for an incredible evening. They were right!

Following his introduction, a smiling Mr. Yervinyan walked onto the uncluttered stage toward the microphone, holding his violin and bow to his heart. He acknowledged the applause of the audience with a nod of his head and addressed the crowd, introducing the first musical composition he would play. He then switched on what seemed to be a synthesizer, which acted as the accompaniment and enhanced most of the compositions he played on his violin that evening. However, when he placed the butt of his violin under his jaw, his fingers on the fingerbase, and pulled his bow on the strings, the musical sounds emanating from Mr. Yervinyan’s violin were magical. The audience seemed to be captivated immediately.

Mr. Yervinyan’s mastery of his instrument was extraordinary. One could sense and see his skillful yet intimate and playful relationship with his violin. Listening to his performance was an exhilarating and exciting musical adventure–a journey from Armenia to South America with many other stops in between. Whether it was Aznavour’s L’amour or Rodriguez’s La cumparsita, the crowd was energized wholly by the way Mr. Yervinyan created intense feelings and an immense sense of joie de vivre.

His heritage came to the fore when Armenian music, often heard in gatherings in Yerevan, were interspersed with the rest of his repertoire. Nonetheless, the virtuoso artist Mr. Yervinyan became more apparent when he soulfully performed and rendered exquisitely on the violin, for example, the quintessential Komitas composition that speaks so profoundly to the experience of Armenians, Groung.

After the magnificent performance we all had witnessed and heard, we can now fully appreciate the following pronouncement made by the internationally known singer, Yanni. He has said: My Armenian brother Samvel Yervinyan is the best violinist in the world. I had been looking for the best and found Samvel. After listening to him play, I knew that for a fact.

The audience applauded exhuberantly at the end of each of Mr. Yervinyan’s musical numbers. Even performing after two standing ovations, the rhythmic clapping of the audience continued… Alas, as we all know, all good things come to an end. Eventually this truly unique concert also came to an end. However, the audience lingering around the hall outside the auditorium continued to discuss the memorable evening as well as the beautiful feelings that Mr. Yervinyan’s performance had awakened in them.