Advocacy Groups Call on Government of Canada to Take Action on Online Hate during Genocide Remembrance, Condemnation and Prevention Month 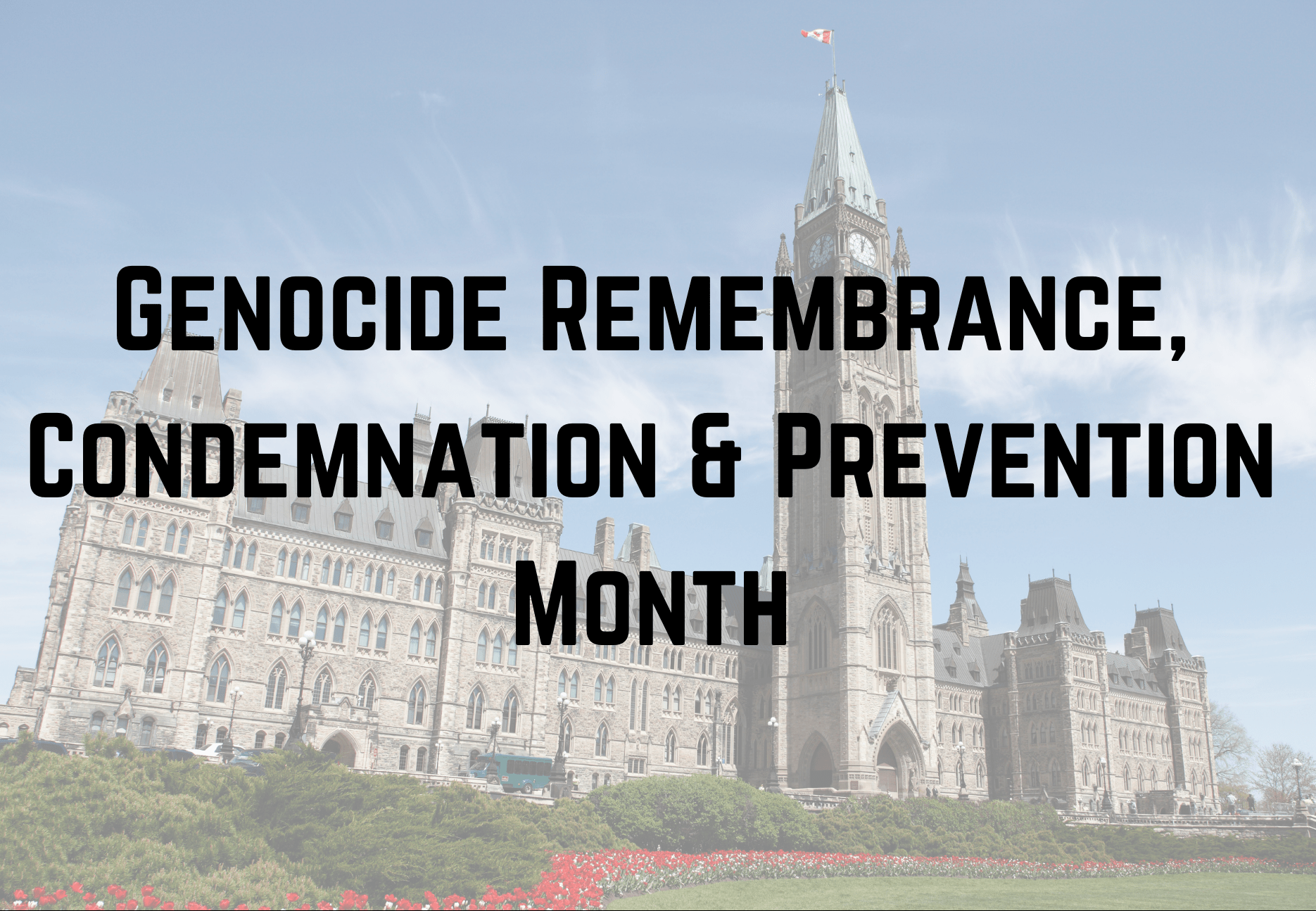 This month marks the sixth-year anniversary of the passing of Motion M-587 by the House of Commons, recognizing April as Genocide Remembrance, Condemnation and Prevention Month in Canada.

On this occasion, a coalition of advocacy organizations, including the Armenian National Committee of Canada (ANCC), the Centre for Israel and Jewish Affairs (CIJA), the Ukrainian Canadian Congress (UCC), the Humura Association, Romanipe, Project Abraham, the Rohingya Human Rights Network and the Uyghur Rights Advocacy Project issued the following joint statement:

“As we collectively cope with the ongoing COVID-19 pandemic, we are reminded of the importance of solidarity and unity during these difficult times. As the number of online hate incidents continues to rise across Canada and across the globe, our organizations are deeply concerned.

Our historic experience has shown repeatedly that, during times of uncertainty, it is the most vulnerable who face the greatest challenges. Sadly, this has proven to be true yet again in the context of the pandemic.

We know all too well that genocide begins with words targeting and dehumanizing groups of people. That is why it is crucial to combat online hate right at the source.

Our organizations are also marking the occasion with the launching of a new video profiling the Survivors and Descendants of past and current genocides whose experiences remind us of the importance of keeping their stories alive.

Therefore, we ask the Government of Canada to move forward with its policy on online hate based on the work undertaken by the House of Commons Standing Committee on Justice and Human Rights Justice in the last Parliament. Moreover, we urge the Parliament of Canada to re-establish the All-Party Parliamentary Group for Genocide Prevention and to provide the group with the necessary tools and funding to be able to execute its mandate, and to lead the way in fighting genocide and hate.

Our concerted efforts in combating hate, injustice and discrimination have led us to many achievements and a stronger and more diverse Canada. We remain confident and hopeful that the Government of Canada will continue to work with us and our communities in making sure that ‘Never Again’ truly means ‘Never again.’

This year, in keeping with the ongoing public health parameters, communities are organizing commemoration events online.

The International Day of Reflection on Genocide against Tutsi in Rwanda

Virtual Commemoration of the 106th Anniversary of the Armenian Genocide.

In 2015, with support from all major parties, the House of Commons unanimously passed M-587 designating April as Genocide Remembrance, Condemnation and Prevention Month.

The motion commemorates genocides currently recognized by Canada: the Holocaust, the Ukrainian Holodomor, the Genocide of Tutsis in Rwanda, and the Armenian Genocide of 1915. Parliament has also recognized the Bosnian Genocide and the ongoing genocides of the Yezidi people of Syria and Iraq, the genocide of the Rohingya people in Myanmar and the ongoing genocide of the Uyghur people in China. In 2020 the Canadian government passed a motion to officially recognize the Romani Genocide during WWII and make August 2nd an official day of commemoration.

In the last Parliament, the House of Commons Standing Committee on Justice and Human Rights Justice undertook a study on online hate; it held hearings and received written testimony from dozens of organizations and individuals from across the country on this important topic. In June 2019, the Committee issued a report containing nine recommendations on how to tackle the troubling and escalating problem of online hate.

The Government of Canada has indicated that it will be introducing legislation in the coming weeks based on the Committee’s report.

About the Coalition Partners

Canada Cancels All Arms Export Permits To Turkey, Cites Use Of Technology Against Armenian Forces