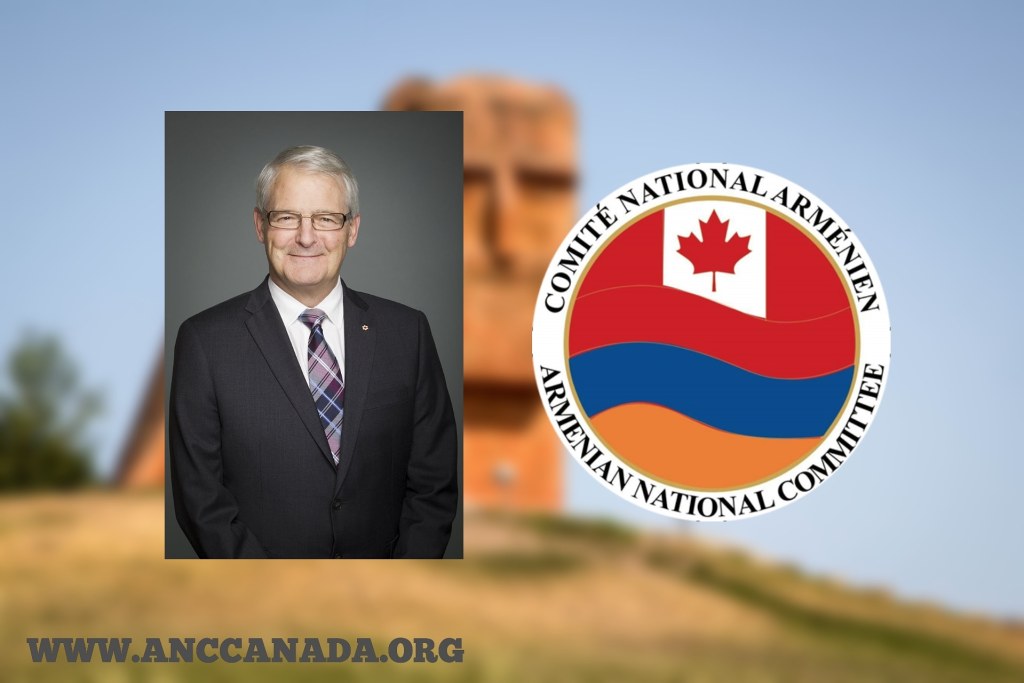 (OTTAWA – March 18, 2020) The Armenian National Committee of Canada (ANCC) sent a letter to Canada’s Minister of Foreign Affairs, Hon. Marc Garneau, urging the Minister to expeditiously release the results of the WESCAM investigation, uphold the current arms suspensions and move to enforce a full arms ban on Turkey and Azerbaijan.

On Friday, March 12, 2021, the Standing Committee on Foreign Affairs and International Development released heavily redacted documents, revealing important information surrounding the decisions made regarding arms exemptions given to Turkey in May 2020.

It was revealed that through intensive lobbying efforts, Turkey gave delusive and misleading assurances that the WESCAM target acquisition sensors will be used for their operations in Syria. However, Turkey then illegally diverted the sensors to Azerbaijan, which the latter used in its aggression against the Republic of Artsakh, killing scores of Armenians and forcing 90,000 individuals to flee their homes.

“What is more egregious is the fact that these exemptions were justified using the same reasoning upon which Ottawa placed an arms moratorium on Turkey in the first place,” wrote ANCC Co-Presidents, Hrag Tarakdjian and Shahen Mirakian in the letter sent today.

Through ongoing research and analysis, members of the ANCC have also learned that aside from the WESCAM exemptions, in June and July of 2020, three exemptions were also granted to Telemus Inc., an Ontario-based company selling electronic receiver components to the Turkish Aerospace Industries Inc,” stated the co-chairs of the ANCC.

There are presently several WESCAM permit requests going via Turkey directly to the Azerbaijani Air Force. The permits are currently “under review” as per the documents released on March 12.

“The Canadian government has a moral duty to categorically deny these permits, sending a clear message to both Ankara and Baku that Ottawa will not fall into the same trap and become once again complicit in their destabilizing and aggressive agenda.”

“Any such sales to Turkey and Azerbaijan will be seen as efforts to exacerbate the conflict in Artsakh and will directly contradict Canada’s long-standing position on the issue,” added Tarakdjian and Mirakian.

The documents also revealed that during the preliminary investigation conducted by Global Affairs Canada (GAC), officials from WESCAM confirmed that the evidence surfaced during the war did indeed correspond with their product, while Turkish officials hardly cooperated with Canadian diplomats on the investigation.

“Using its expedient membership in NATO, Turkey effectively lied to the Canadian government and abused Canada’s arms export regime. This is not how a supposed ally should behave,” read a part of the letter.

“To create and maintain a robust arms control regime, Canada must be firm and principled and not allow corporate interests and the interests of unrepentant dictatorships such as Turkey and Azerbaijan override our values and our obligations under international law,” concluded Tarakdjian and Mirakian.