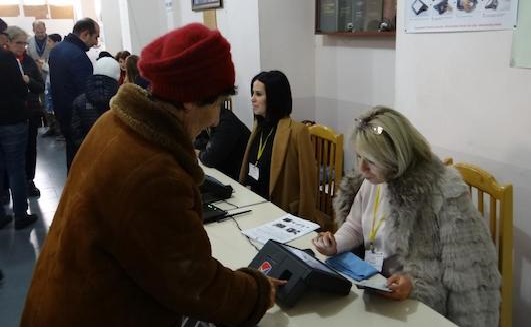 “I just met with the leader of the Prosperous Armenia Party’s Gagik Tsarukyan. During our meeting we noted that the best way out of the current political situation are early elections of parliament. Also taking into consideration my discussions with the President, the My Step faction, the Bright Armenia Party leader Edmon Marukyan, early elections of parliament will be held in Armenia on June 20th of this year,” he said.

Marukyan said that the June 20 date was acceptable to him and his party, announcing in a Facebook post that he held a telephone conversation with Pashinyan earlier Thursday.

“In response to our [Bright Armenia Party’s] demand of organizing the elections in the shortest period of time, the Prime Minister proposed to discuss June 20 as day of elections,” said Marukyan in his post. “Therefore, I told him that June 20 as a date of holding early elections is acceptable for us.”

Tsarukyan, whose parliamentary opposition Prosperous Armenia Party is part of the 17-member National Salvation Movement, also signaled his support for the June 20 date.

“A few days ago I had announced that in order to take our homeland out of this difficult situation it is imperative to form a new government in the shortest timeframe possible. The only legitimate way to do that is through snap parliamentary elections. The people must decide through their vote to whom they are going to entrust the government,” Tsarukyan said in a social media post.

The Homeland Salvation Movement, which has announced on several occasions that it would not take part in elections called by Pashinyan, said Thursday that it will announce its position soon.

In response to a question from Tert.am about the Prosperous Armenia Party’s position on the elections, Armenian Revolutionary Federation member Gegham Manukyan said that the Homeland Salvation Movement will issue an announcement soon.

As to what position the ARF—which has been coordinating the movement’s activities—will take, Manukyan told Tert.am that the party will discuss and announce its posturing.

“For now I can only cite the fact that Nikol Pashinyan will present his resignation, in which instance elections may take place,” Manukyan told Tert.am.