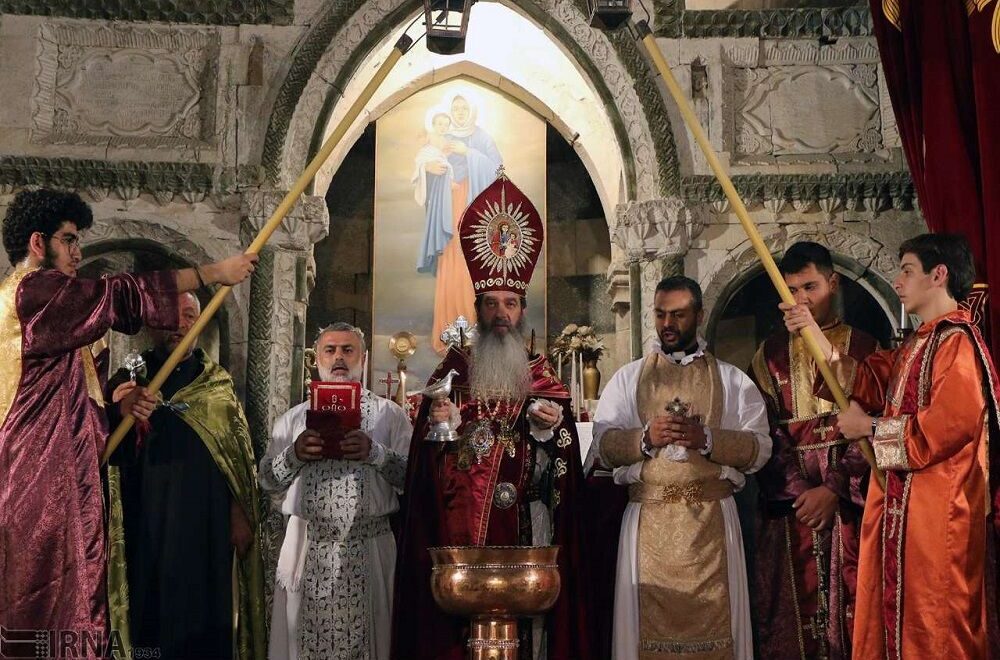 (IRNA-Armradio)- The annual Divine Liturgy was held in Chalderan, Iran on Sunday.

Badarak, which is observed every year on the anniversary martyrdom of Saint Thaddeus, was held in the Qara Kelisa (black church) Complex while observing all the health protocols.

The Qara Kelisa – also known as Monastery of Saint Thaddeus – is believed to be the world’s oldest church dating back to the 7th century.

Armenian pilgrims from different countries participate in the ritual which has been observed since 1954.

Holding the annual ceremony is not only indicative of different religions and ethnic groups’ peaceful life, but also a demonstration of peace and friendship in Iran.

Badarak (Divine Liturgy) was not observed in the church last year due to the restrictions caused by the global outbreak of COVID-19.