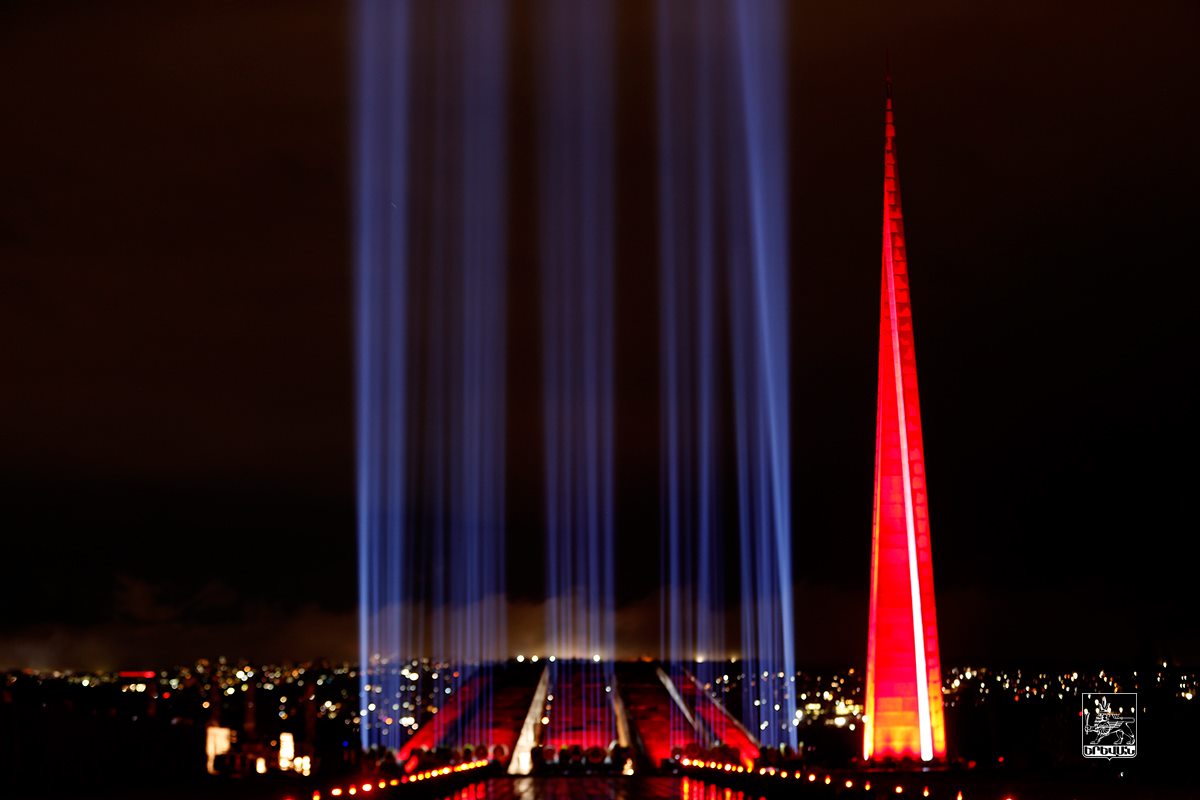 (Armenpress)- In 1915, the crime perpetrated by the Ottoman Empire against the Armenians was the first genocide of 20th century. The Armenians worldwide commemorate 106th anniversary of the Armenian Genocide on April 24.

Compared to 2020, this year there will no restriction for visit to the Tsitsernakaberd Armenian Genocide Memorial. The Armenian National Philharmonic Orchestra and the Armenian State Academic Choir, conducted by Eduard Topchyan, performed Verdi’s Requiem at 23:00, April 23 at the Tsitsernakaberd Memorial in Yerevan as part of the Trilogy of Remembrance events. Then, at midnight, the Armenian National Chamber Orchestra and the Hover State Chamber Choir will perform Mozart’s Requiem at the Komitas Chamber Music House. The concert will be conducted by Alexander Iradyan. At 19:15, April 24, the Armenian State Symphony Orchestra, the Armenian State Chamber Choir and the Yerevan State Chamber Choir, conducted by Robert Melkeyan, will perform Tigran Mansurian’s Requiem at the K. Demirchyan Sports and Concert Complex. The attendance of the diplomatic corps is planned for this event. The concert will take place under the patronage of Prime Minister Nikol Pashinyan. More than 10 foreign delegations from various countries have arrived in Armenia for the participation in the Armenian Genocide commemoration events.

The extermination of Armenians in the Ottoman Empire during the World War I is called the Armenian Genocide. Those massacres were perpetrated by the government of Young Turks in various regions of the Ottoman Empire. The first international response to the violence resulted in a joint statement by France, Russia and the Great Britain in May 24 1915, where the Turkish atrocities against the Armenians were defined as “a crime against humanity and civilization”. According to them, Turkish government was responsible for the implementation of the crime.

When WWI erupted, the government of the Young Turks adopted the policy of Pan-Turkism, hoping to save the remains of the weakened Ottoman Empire. The plan was to create an enormous Ottoman Empire that would spread to China, include all the Turkish speaking nations of the Caucasus and Middle Asia, intending also to turkify all the ethnic minorities of the empire. The Armenian population became the main obstacle standing in the way of the realization of this policy. The Young Turks used WWI as a suitable opportunity for the implementation of the Armenian genocide, although it was planned in 1911-1912.

There were an estimated two million Armenians living in the Ottoman Empire before the WWI. Approximately one and a half million Armenians were killed from 1915-1923. The remaining part was either islamized or exiled, or found shelters in different parts of the world.

A genocide is the organized extermination of a nation aiming to put an end to their collective existence. Thus, the implementation of the genocide requires oriented programming and an internal mechanism, which makes genocide a state crime, as only a state possesses all the resources that can be used to carry out this policy.

The first phase of the Armenian Genocide was the extermination of the Armenian population started on April 24, 1915 with the arrest of several hundred Armenian intellectuals and representatives of national elite (mainly in the capital of the Ottoman Empire, Constantinople) and their subsequent elimination. Hereinafter, Armenians worldwide started to commemorate the Armenian genocide on April 24.

The third phase of the genocide is characterized with the exile of the massacres of women, children, and elderly people to the desert of Syria. Hundreds of thousands of people were murdered by Turkish soldiers, police officers, Kurdish bandits during the deportation. The others died of epidemic diseases. Thousands of women and children were subjected to violence. Tens of thousands were forcibly islamized.

The last phase is the universal and absolute denial of the Turkish government of the mass deportations and genocide carried out against Armenians in their homeland. Despite the ongoing process of international condemnation of the Armenian Genocide, Turkey fights against recognition by all means, including distortion of history, means of propaganda, lobbying activities and other measures.

On December 9, 1948 the United Nations adopted the Convention on the Prevention and Punishment of the Crime of Genocide, according to which, genocide is defined as an international crime and the signing states are obliged to prevent, as well as punish the perpetrators of the genocide.

The fact of the Armenian Genocide by the Ottoman government has been documented, recognized, and affirmed in the form of media and eyewitness reports, laws, resolutions, and statements by many states and international organizations. The complete catalogue of all documents categorizing the 1915-23 widespread massacre of the Armenian population in Ottoman Empire as a premeditated and thoroughly executed act of Genocide, is extensive.

Below is a brief list of those states and organizations, provincial governments and city councils which have acknowledged the Armenian Genocide