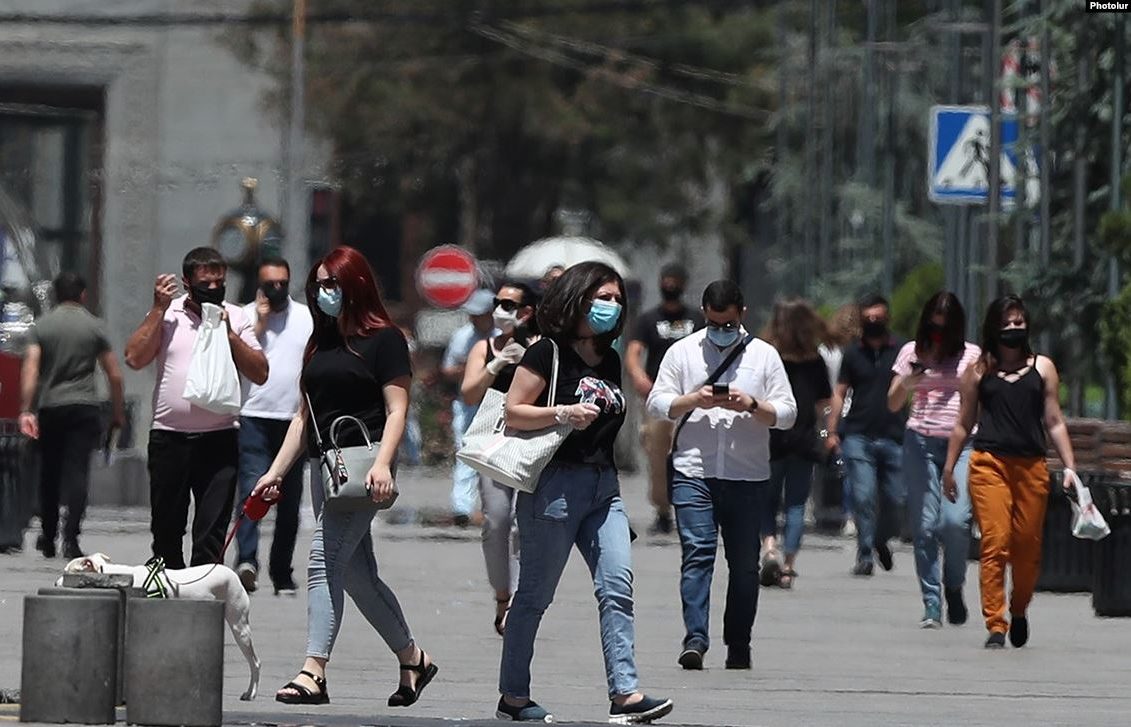 (Azatutyun)- Citing the continuing spread of the coronavirus in Armenia, the government on Friday extended by another month a state of emergency which it declared in March to combat the epidemic.

The government announced the decision after the Armenian Ministry of Health reported that the number of coronavirus cases in the country of about 3 million rose by 612 to 15,281 in the past day. More than 520 hospitalized patients were in a severe or critical condition.

It said four other people infected with the virus also died on Thursday. The ministry says other, pre-existing conditions were the main cause of their deaths. The total number of such fatalities rose to 86.

A few days after declaring the state of emergency on March 16, the government issued stay-at-home orders and banned most types of business activity. It began relaxing those restrictions already in mid-April and lifted virtually all of them by May 10 despite the growing numbers of coronavirus cases and deaths reported by the Armenian health authorities on a daily basis.

Critics say that the government never properly enforced the lockdown and lifted it too soon. Some of them have called for a renewed and tougher lockdown.

Prime Minister Nikol Pashinian indicated his continuing opposition to such a measure when he spoke at a cabinet meeting that approved extending the state of emergency until July 13. He said the authorities will instead continue to encourage Armenians to practice social distancing, wear face masks and follow other safety rules.

Earlier this month the government made it mandatory for everyone to wear a mask in all public areas.

Speaking in the Armenian parliament later in the day, Pashinian made clear that emergency rule will remain in place until the authorities achieve a significant drop in infection rates. He said the daily number of new COVID-19 cases should fall below 150.