Armenia and Diaspora In Quest for a New Start 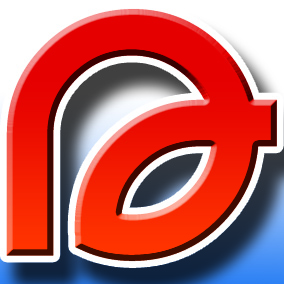 Ever since Armenia’s independence, the Armenian world has been divided into three loose categories: those supporting or in some capacity interacting with the government; various opposition groups; and those who are independent or inactive. Regrettably, there has been hardly any effort to bridge the gap between these groups. On the contrary, there has been plenty of harsh rhetoric, accusations, and confrontations.

Even though the Armenian government and the opposition have different priorities, Armenians everywhere share a common set of interests and concerns regarding — the economy, human rights, rule of law, Artsakh (Nagorno Karabagh) conflict, emigration, Diaspora’s survival, and securing justice from Turkey for the 1915 Genocide. The authorities have been preoccupied with governing the country and securing Armenia’s and Artsakh’s borders, while the opposition has focused on fighting corruption and pursuing transparent elections.

In recent months, for the first time in the last quarter century, one can see the first glimmer of hope that serious changes are on Armenia’s horizon. Possibly motivated by the recent turmoil in Yerevan and upcoming parliamentary elections, the government seems intent on carrying out serious reforms by appointing a competent technocrat as Prime Minister and giving him a carte blanche. Indeed, within a short period of time, the new PM has dismissed several untouchable sacred cows!

As Prime Minister Garen Karapetyan has energetically moved forward with long overdue reforms, he has confounded both the power elite and those in opposition. By his actions, Mr. Karapetyan has discomforted many high-ranking officials who had felt that their jobs and incomes were secure for life! Meanwhile, the opponents of the regime are also in a quandary of how to react and what to expect from the new head of government. Some have rushed to express their lack of trust by stating that nothing will change as long as the current leaders remain in office, while others have adopted a more reasonable wait and see attitude! The Prime Minister recently warned all sides that he would not hang around a single day longer if he saw that his efforts were fruitless!

Another significant recent development has been the reawakening of the Diaspora after a lengthy period of dormancy. Last September, 30 prominent Armenians, including Serj Tankian, Atom Egoyan, Alexis Ohanian, Chris Bohjalian, Eric Bogosian, and Sebu Simonian issued a petition on change.org, calling for ‘Justice Within Armenia.’ So far over 4,000 individuals have signed this petition.

A few days later, Canadian-Armenian actress Arsinee Khanjian issued a highly critical Open Letter after being detained by Armenian police during a protest in Yerevan on July 27. Khanjian outlined the government’s shortcomings, urging Diaspora Armenians not to be “ambivalent bystanders” and engage in transforming the social conditions in Armenia.

On October 28, another group of 23 prominent Armenians, including Abel Aganbegyan, Charles Aznavour, Edward Djerejian, Vartan Gregorian, and Ruben Vardanyan, issued another Open Letter urging “Global Armenians…to unite and together enable Armenia’s future.” The signatories called on “all Armenians to engage in pioneering and long-term investment to restore the social, economic, cultural, and technological strengths of the nation, with Armenia at its core.” The Open Letter was published in The New York Times and Hayastani Hanrapetutyoun.

What Armenia really needs is a full partnership with the Diaspora to accomplish all the suggested reforms in the above mentioned petition and two open letters. The government should welcome the participation of all Armenians to improve the country’s social, economic, political, and military structures in order to create a just, prosperous, well governed, and secure Homeland!

The only way to transform Armenia into a highly-developed and democratic country is to welcome the involvement of as many of the 10 million Armenians worldwide as possible, regardless of their country of residence. Since Armenia (including Artsakh) is the Homeland of all Armenians, everyone has the right and obligation to contribute to its Renaissance!

The major missing factor from the foregoing petition and open letters is a mechanism for organizing the Diaspora to sustain its own continued existence, while extending crucial assistance to the Homeland in a coordinated and systematic manner. To accomplish this imperative objective, Armenians need to establish a democratically-elected Diaspora structure with representatives in Armenia’s Parliament!

Once Again, the French Legislature Bans Denial of the Armenian Genocide