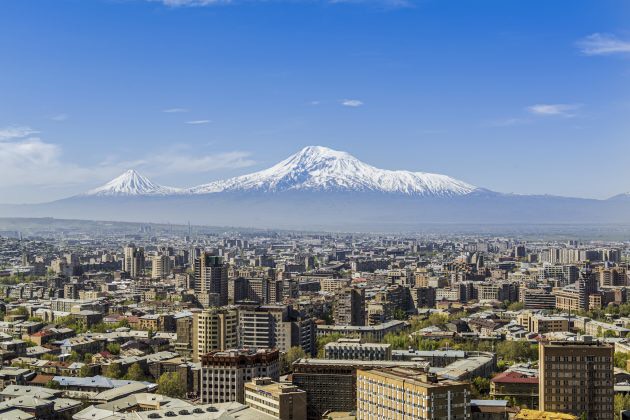 A view of Yerevan city with Ararat mountain. Photo by Artography

Author Lia Miller describes Armenia as an ancient country with a rich and fascinating history.

“The country boasts some of the world’s oldest vineyards, vibrant and delicious cuisine, legendary hospitality, a beautiful landscape with world-class hiking, and internationally recognized biodiversity. Consistently included as one of the top travel destinations within popular publications such as Forbes and Condé Nast Traveler, Armenia was recently featured on the National Geographic’s “The Cool List: Celebrating the reasons to travel in 2020,” due to its accessible routes from major travel hubs,” the article reads.

Located in the middle of the South Caucasus region between Turkey, Iran, Azerbaijan, and Georgia, Armenia is truly situated at the crossroads where east meets west, which makes for a dynamic, unique, and colorful culture, the magazine writes.

“Mount Ararat—or Masis, as the Armenians affectionately refer to it—is Armenia’s national symbol and is known for the majestic views it offers. The volcanic mountain now lies in modern day Turkey making it difficult to access for Armenians. However, it remains in their hearts as a source of cultural and historic pride,” Lia Miller notes.

The extended article refers to Armenians’ crafting skills, their hospitality and cooking abilities, as well as the game of chess – a national pastime. It also covers the Armenian-American relations.