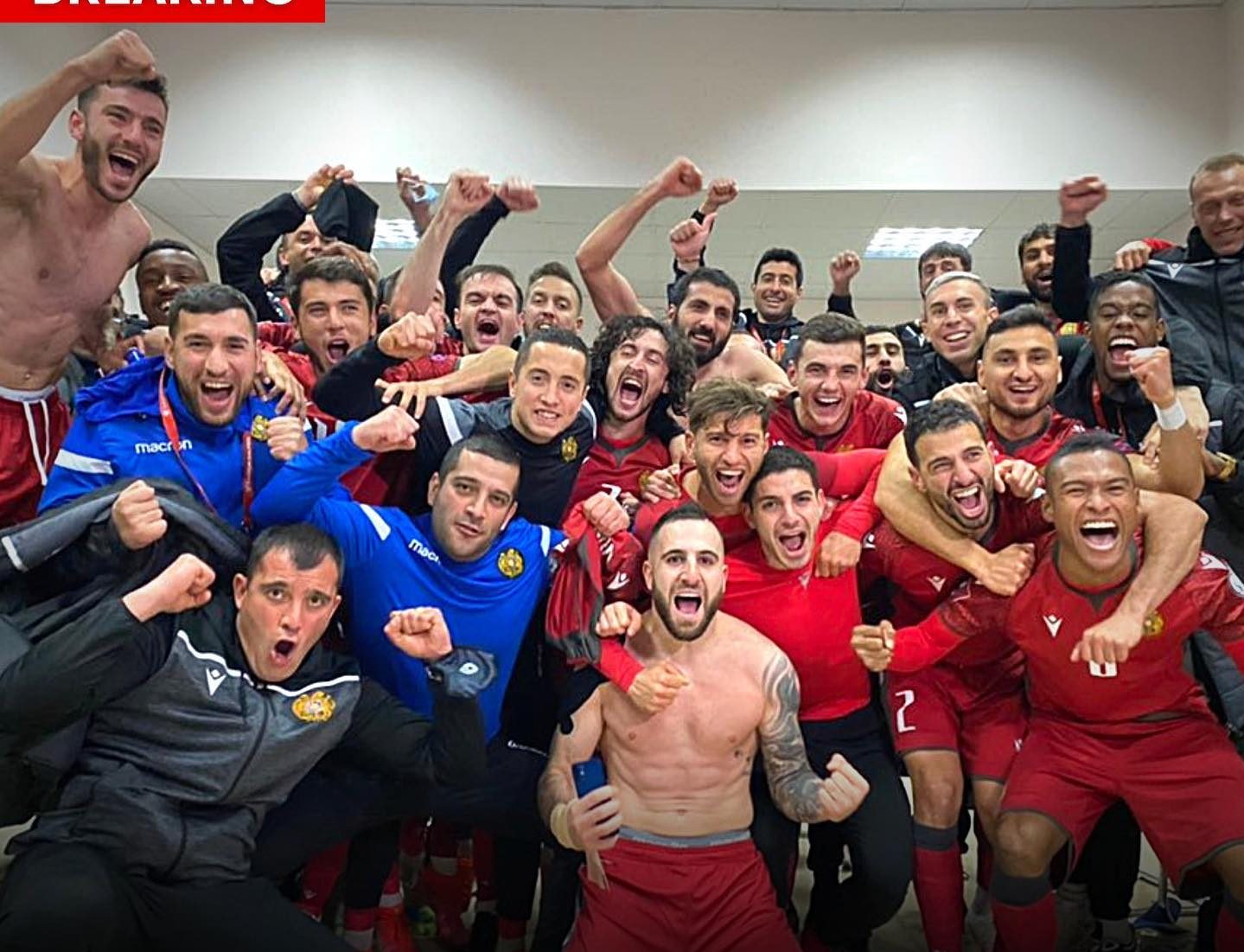 (Zartonk Media)- Today, Armenia defeated Romania 3-2 within the framework of the 2022 World Cup qualifying round at Yerevan’s Vazgen Sargsyan Republican Stadium.
After a scoreless first half, phenom Eduard Spertsyan opened the score in the 56th minute. Romania scored back-to-back goals in the 62nd and 72nd minute to take the 2-1 lead. Following a red card in the 78th minute, captain Varazdat Haroyan and Tigran Barseghyan each scored within three minutes of each other to seal Armenia’s victory.
The victory comes days after Armenia beat Liechtenstein and Iceland. Armenia currently tops Group J with nine points, and is set to face Croatia and Sweden in a friendly on July 1 and 5, respectively.
Prev post