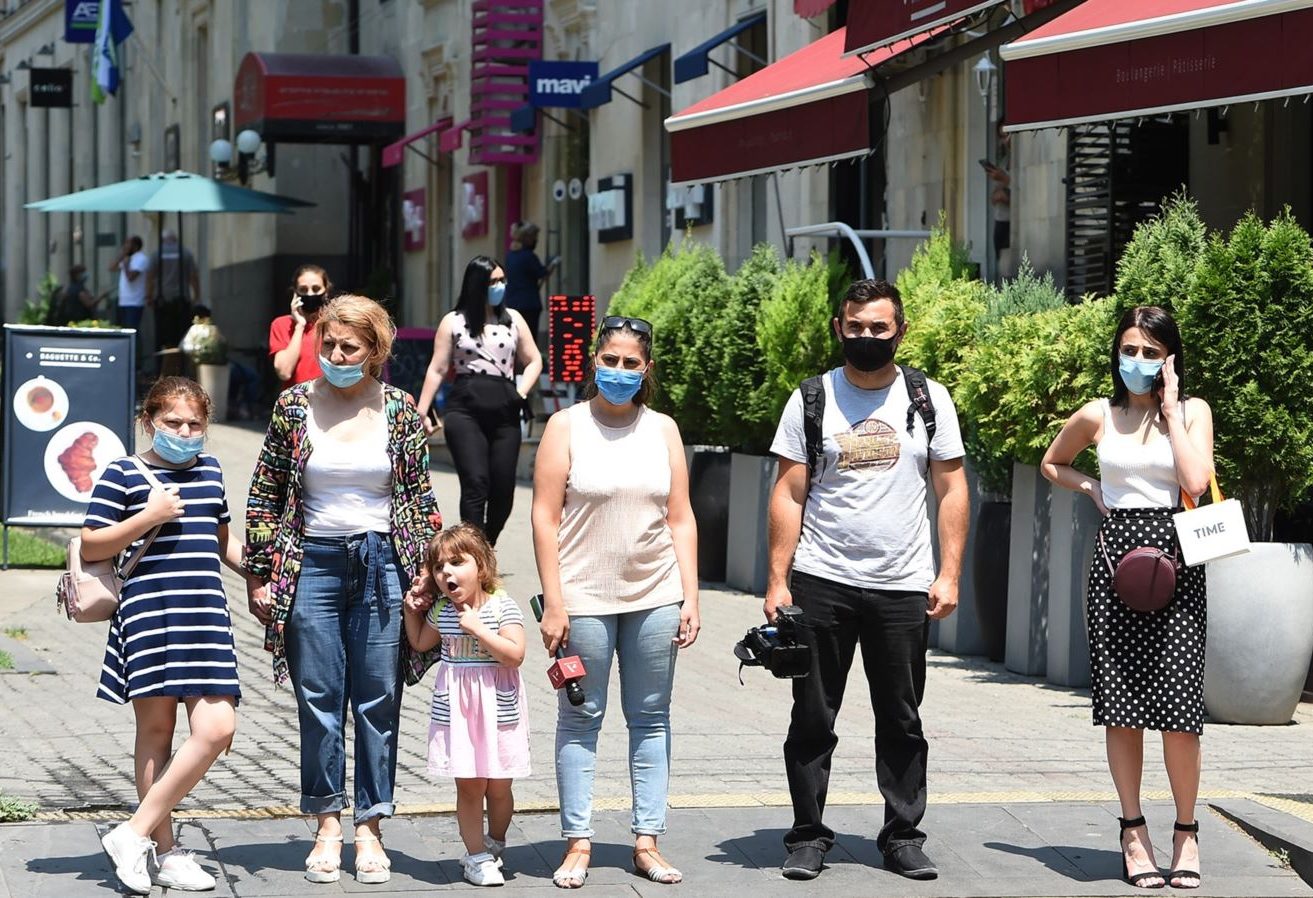 Azatutyun- Citing the need to maintain the current positive trend in its fight against the novel coronavirus, the Armenian government has decided to extend the pandemic-related state of emergency by another month.

At the same time, the Armenian authorities have removed certain prohibitions and restrictions introduced in March, including the ban on political assembly.

At a special government meeting on Wednesday, Prime Minister Nikol Pashinian said that he hoped that the fifth extension of the state-of-emergency rule will be the last, urging citizens to continue to follow anti-epidemic rules set by the authorities.

“Going through hell today and having had 806 deaths caused by the novel coronavirus and 234 deaths among coronavirus patients due to their other pre-existing diseases, we have a chance to get to a totally new situation in the fall, in fact to a situation of overcoming [the epidemic] regardless of what will be going on in the world,” Pashinian said.

The Armenian prime minister underscored that wearing face masks in all public spaces, which has been mandatory in Armenia since June, will continue to be the cornerstone of his government’s anti-epidemic strategy.

“If we show exceptional discipline in wearing face masks we can consider that we – I mean all of us, all our citizens – have practically solved the coronavirus problem. If not, we will get back to the July situation,” Pashinian warned, referring to the apparent peak of the epidemic in the first part of last month when more than 700 new coronavirus cases and about 15 deaths were reported in Armenia on a daily basis.

Since the start of the epidemic in March over 40,000 coronavirus cases have been identified in the South Caucasus country with a population of about 3 million. According to Armenia’s Ministry of Health, more than 33,000 people with the coronavirus have overcome the respiratory infection.

The monthly extensions of the state of emergency have increasingly been criticized by Armenian opposition groups in recent months. Some of them claimed that Pashinian was exploiting the coronavirus crisis to ward off anti-government street protests.

In its current decision the Pashinian government has removed restrictions on political rallies and public protests across the country, making them conditional on coronavirus safety rules that require all participants to wear face masks and maintain the social distance of at least 1.5 meters.

In presenting the government decision on the fifth extension of the state of emergency Justice Minister Rustam Badasian also said that Armenia will remove the ban on the entry to the country for foreigners by air, but will require that they either self-isolate for 14 days or produce a negative test before being allowed to move freely.

Badasian said that people will also be allowed to hold and participate in family occasions and other entertainment events in both open and closed spaces, but with no more than 40 participants and maintaining all coronavirus safety rules set by the government. Also, the minister said, restrictions will be removed from transportation of goods through customs.

Pashinian stressed that all bans and restrictions introduced by his government, including on political assembly, were based on the epidemiological situation and their removal is also conditional on that. “If, God forbid, as a result of removing these restrictions we will see numbers climbing again, we will be forced to re-introduce them,” the prime minister warned.

The decision to extend the state of emergency until September 11 is scheduled to be discussed in parliament where Prime Minister Pashinian’s My Step alliance has a commanding majority and is able to overcome any possible objections from opposition factions before being enforced later tonight.