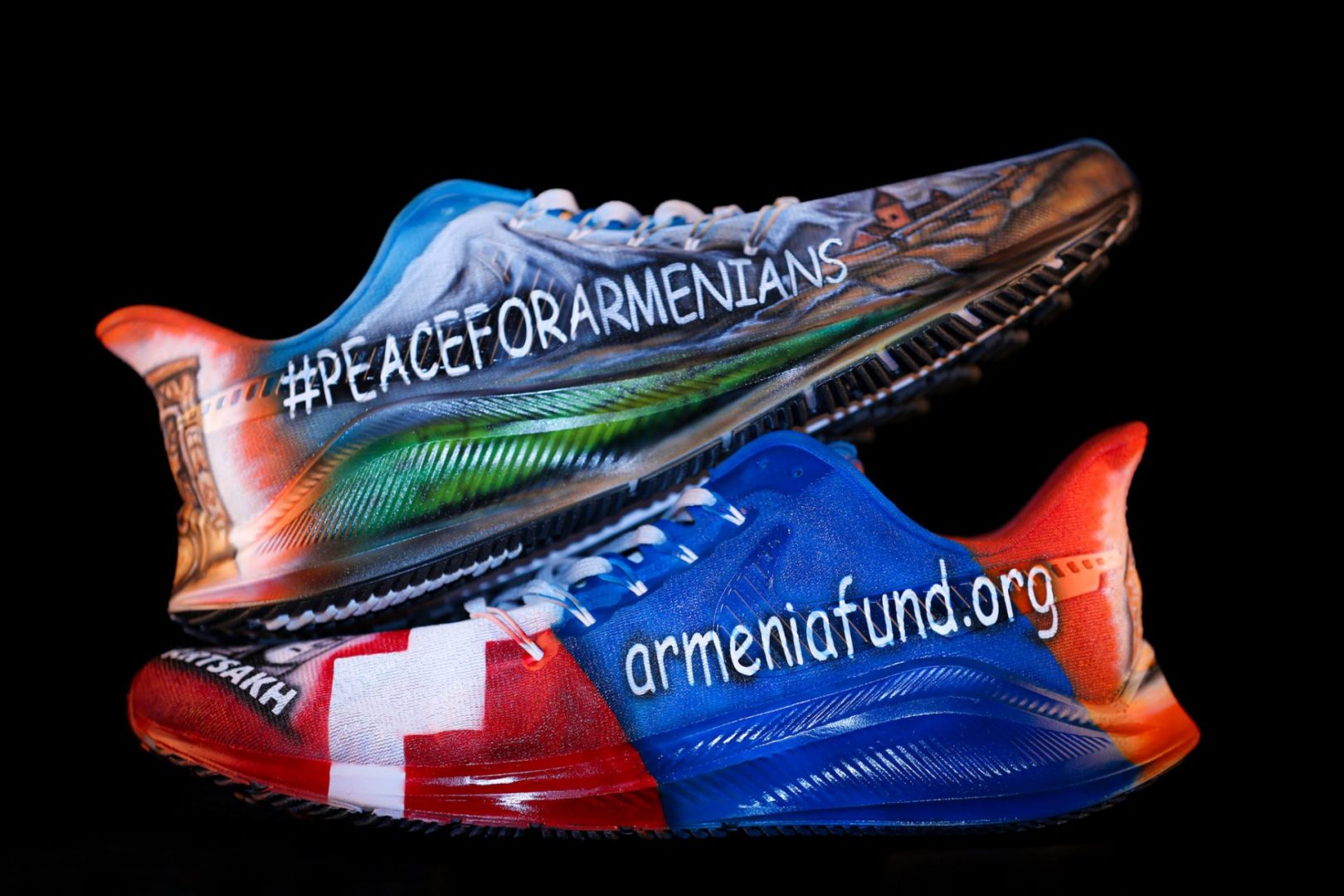 Special Armenia-themed sneakers were auctioned off for $40,300 at the NFL Auction. All proceeds will go to Armenia Fund. A total of 141 bids were submitted.

The sneakers were designed as part of NFL’s #MyCauseMyCleats (MCMC) initiative. All proceeds benefit charities identified by the specific player associated with the cleats, the NFL does not profit from the auction of these cleats.

“Bids poured in by the minute and eventually set an all-time NFL record for MCMC! It really was a sight to behold. I probably said “wow” 25 times & thought what an honor it is to serve with such giving people,” said Berj Najarian, the man behind the initiative.

New England Patriots director of football/head coach administration Berj Najarian usually keeps behind the scenes, but he went out of his comfort zone to shine light on an important human rights issue.

An Armenian-American, Najarian joined Instagram with the intention of bringing awareness to the deadly and unrelenting attacks on the Armenian people by neighboring Azerbaijan.

My Cause, My Cleats is an NFL initiative that encourages coaches and players to wear custom cleats, highlighting organizations and issues that are important to them.

Italian Town Of Fermo Recognizes The Independence Of Artsakh