Armenia Warns Of Destruction, Misappropriation Of Monuments On Azerbajani-Occupied Territories Of Artsakh 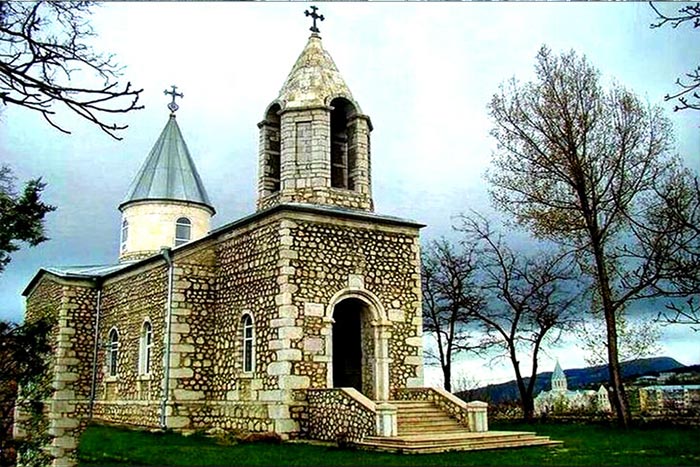 (Armradio)- The Armenian Ministry of Foreign Affairs has called on the international community, particularly UNESCO, to intervene to save the monuments in Azerbajani-occupied territories of Artsakh that have not yet been destroyed becomes urgent.

The call comes after the Azerbaijani President Ilham Aliyev visited the occupied territories of the Republic of Artsakh, in particular, the Hadrut region and the city of Shushi, which fell under the Azerbaijani control as a result of the aggression carried out with the direct participation of Turkey and the foreign terrorists fighters.

Throughout the war, the Azerbaijani armed forces committed mass atrocities, including ethnic cleansing and war crimes against the Armenians of Artsakh, in blatant violation of international humanitarian law.

“During the Azerbaijani occupation of the Hadrut region, the once prosperous settlements with tens of thousands of Armenian inhabitants were completely annihilated, and many civilians were killed. The international community, including the UN High Commissioner for Human Rights and Human Rights Watch, have expressed their clear position regarding the cases of blatant violation of the Geneva Convention in the Hadrut region, when captured civilians were subjected to extrajudicial execution,” the Foreign Ministry said in a sttement.

It added that the statements made by the President of Azerbaijan in the Hadrut region reveal the intention to destroy Armenian settlements and replace them with the Azerbaijani ones, which violates the provisions of the trilateral statement of November 9, 2020, according to which the displaced people must return to their places of residence. It also proves that the Armenians of Artsakh cannot survive under the Azerbaijani control.

Moreover, the Ministery noted, within the framework of its policy of ethnic cleansing, Azerbaijan is undertaking consistent steps aimed at eliminating and appropriating the Armenian cultural heritage of Artsakh. 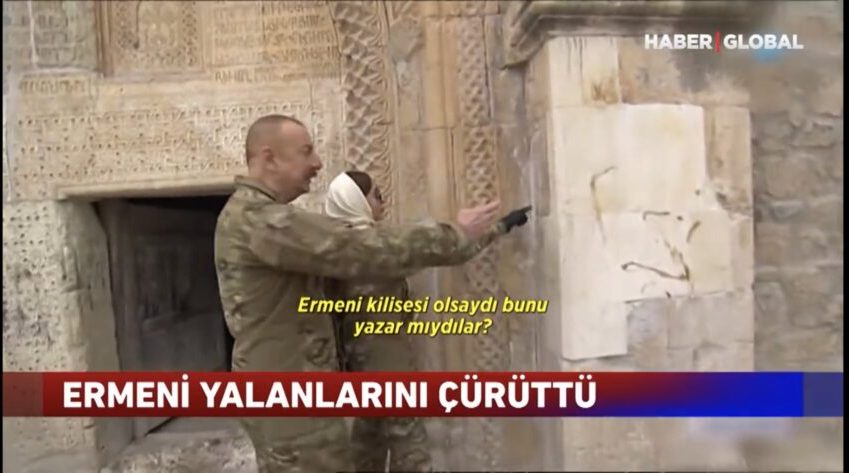 “In parallel with the physical destruction of the cultural monuments of Artsakh, which are currently under its control, Azerbaijan at the highest level has resorted to a deplorable practice of falsifying historical facts and alienating religious and cultural values of the Armenian people. It is with this purpose that the President of Azerbaijan misrepresents the nature of Armenian church of the 17th century in the village of Tsakuri of the Hadrut region distortedly claiming it to be so-called “Albanian” and labeling the Armenian inscriptions on its walls as “fake”, thus preparing grounds for yet another act of vandalism. It is noteworthy that in the published video the above-mentioned church has already been vandalized, as the religious symbols have already been removed,” the Foreign Ministry stated.

“Under these circumstances, the facts indicating the destruction of St. Hovhannes Mkrtich Church, popularly known as “Kanach Zham,” in the city of Shushi is particularly worrying. It is noteworthy that the church was destroyed months after the hostilities. The concerns that the Armenian side has been expressing since the very first days the Armenian historical-cultural monuments fell under the Azerbaijani control, are being materialized. These facts demonstrate that Azerbaijan’s assurances that it will preserve the Christian historical-cultural heritage and is willing to cooperate with UNESCO are completely false. Under the current situation, the timely intervention of the international community, particularly UNESCO, to save the monuments that have not yet been destroyed becomes urgent,” the statement reads.

“There cannot be a solid and lasting “peace” built on the basis of destruction of the peaceful settlements of Artsakh, its historical-cultural heritage, annihilation of the Armenian population and the replacement of the Armenian settlement with the Azerbaijani ones. We will continue our struggle for a just and dignified peace by working closely with our international partners,”  the Ministry concluded.