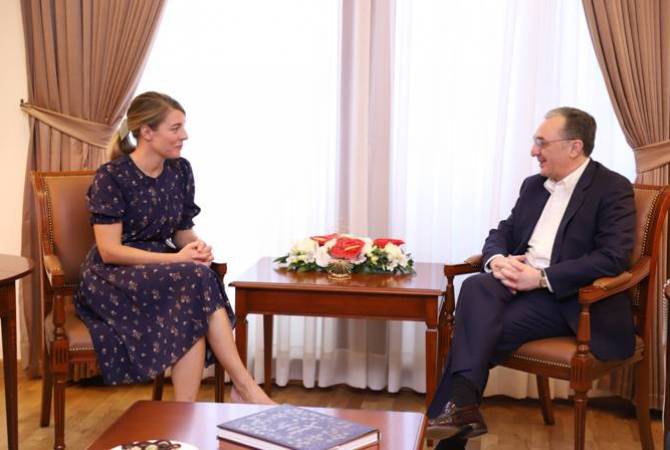 Armenian Minister of Foreign Affairs Zohrab Mnatsakanyan held a meeting today with Mélanie Joly, Canada’s Minister of Tourism, Official Languages and La Francophonie. The Canadian minister is in Armenia for the 35th Ministerial Conference and 17th Summit of the International Organization of La Francophonie.

At the meeting the sides discussed issues related to the program of the summit, other planned events and draft documents, the foreign ministry said.

Mnatsakanyan and Joly emphasized that the organization give broad opportunity for expanding cooperation in the Francophone area, as well as development of bilateral ties between member states.

The ministers addressed several issues of the bilateral agenda, and expressed conviction that the upcoming visit of Canadian Prime Minister Justin Trudeau will boost cooperation between Armenia and Canada.