Armenian Genocide Film ‘The Promise’ To Be Added To Netflix 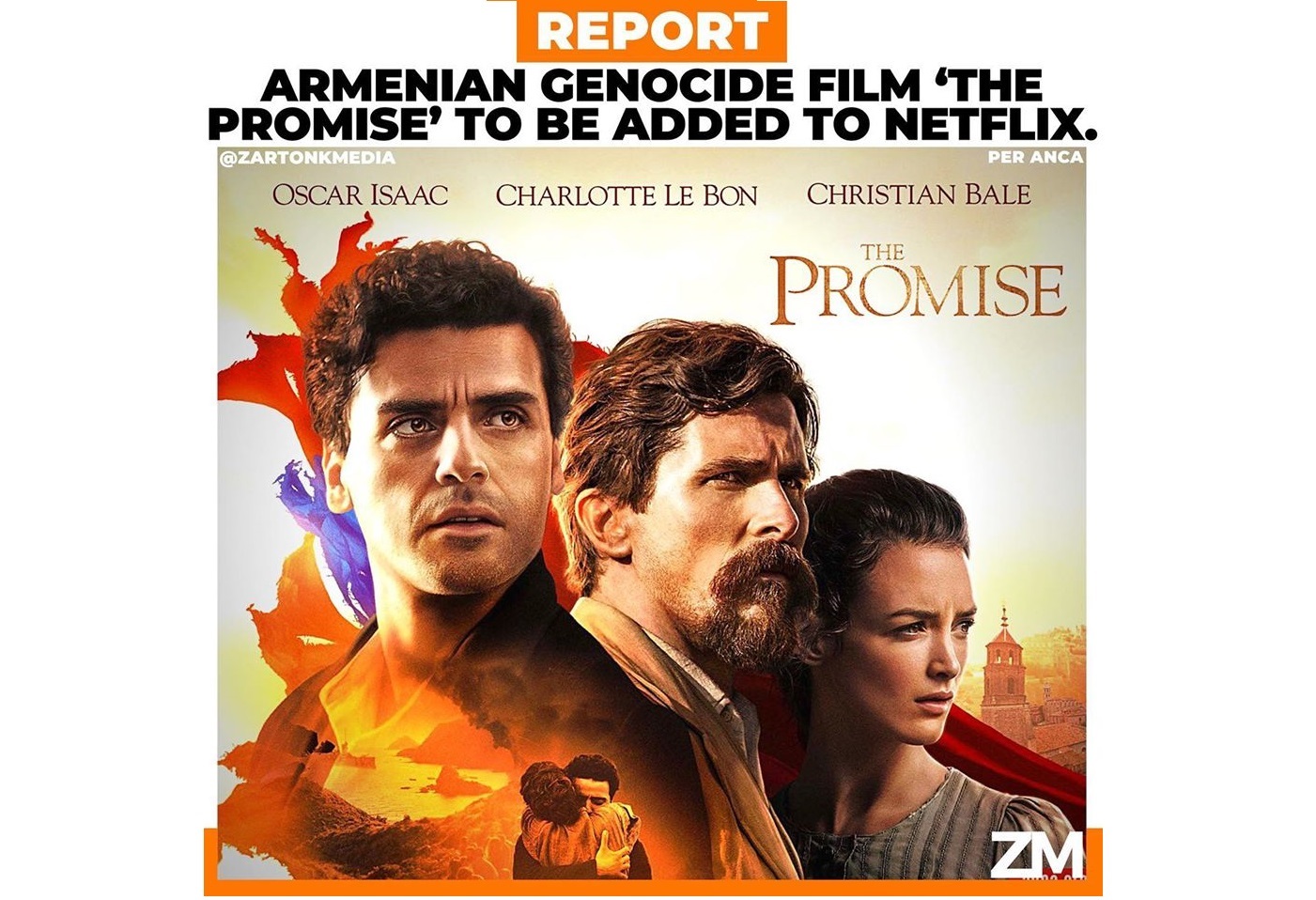 ‘The Promise’ film about the Armenian Genocide will be added to the Netflix library on August 8, reports the Armenian National Committee of America (ANCA).

The Promise is a 2016 American historical drama film directed by Terry George and starring Oscar Isaac, Charlotte Le Bon and Christian Bale, set in the final years of the Ottoman Empire. The plot is about a love triangle that develops between Mikael (Isaac), an Armenian medical student, Chris (Bale), a Paris-based American journalist, and Ana (Le Bon), an Armenian-born woman raised in France, immediately before the Armenian Genocide.

Philanthropist and billionaire Kirk Kerkorian envisioned the movie and got producer Eric Esrailian involved. They spent two years researching the Genocide and governments’ efforts, including by the United States to suppress a movie being made about the event, before forming a production company to make the movie. Kerkorian didn’t live to see the filming, but he did see the creation of the story.