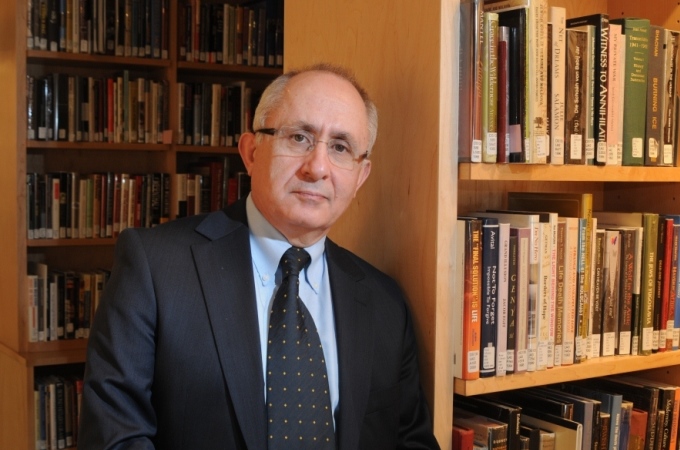 The Turkish authorities are obliged to face their own history if they want to establish a democratic and human rights respecting system. Without facing the history public peace and democratic system are impossible to establish, Turkish historian Taner Akcam, who recognized the Armenian Genocide, says in his new article in T24.com.

In the article titled ‘Obligation to face history and barriers for it’, the historian says at present it is an authoritarian and dictatorial regime in Turkey, fundamental human rights and freedoms, and especially the freedom of thought are being violated. “Hundreds of intellectuals, writers, journalists are jailed, the main democratic structures and laws do not operate, the judiciary is completely under the control of one person, the principle of the rule of law has been eliminated. The ethnic-religious issues, in particular, the Kurdish issue, the issues of Alevi, Christian and Jewish minorities are in poor situation,” the historian writes.

He highlighted four means reasons to face the history. “The first one is that if you want to have a democratic regime respecting the human rights, you have to face the human rights violations committed during the history. If you are unable to face the violations of the past, today you will not be able to establish a society that will respect the human rights. You will build the future the way you look at the past. If you discuss the issues existing in the history, stating that “Armenians betrayed”, “Greeks deserved it”, “Kurds play an imperialists game”, “Those are traitors who want to divide the country and are a serious threat to our country”, now as well such issues will be perceived from this perspective. As you previously violated the fundamental rights, you will do the same today,” Akcam said.

As a second reason the historian stated that the societies, who had bad and painful relations within the course of the history, will be able to live jointly only in case of talking to each other. According to the third reason, it’s necessary to return the human dignity of people killed in the past. And finally, as a fourth reason the Turkish historian mentions that refusal from facing the history can lead to bad consequences. Denial of facing the history means to have a potential to repeat the same crime.

Talking about the Armenian Genocide, Taner Akcam writes: “We have established a nation-state in 1923 and created an identity in accordance with it. And today this identity turned into a reality determining our thinking, feelings, in other words, the whole socialcultural relations of the society. But if we, for example, start talking about the Armenian Genocide, we will see how this reality begins to collapse. The Armenian Genocide is a historical fact totally destroying the identity structure of the Turkish society. This is the reason that we avoid facing the history”.