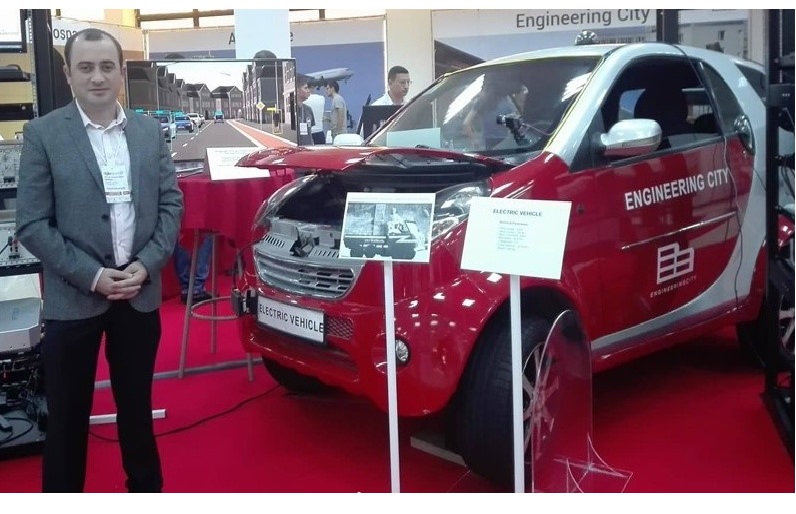 An Armenian-made electric car made its debut at the 13th edition of the DigiTec Tech Expo, which opened in Yerevan yesterday. The electrically powered autonomous car, assembled in Armenia by National Instruments, was unveiled at the “Engineering City” pavilion of the three-day exhibition.
“The whole world is working on [electric cars] and we should do the same in Armenia,” said Ruben Simonyan of National Instruments, Yerevan-based Itelvan. “We need to increase the number of electric cars and the percentage of self-driving or driver assistance systems. We are exhibiting the electric car that we assembled in Armenia. It’s essentially a continuation of our engineering culture. This is not new. The first electric car was assembled in Armenia in 1975. Now we have to develop this culture, ”said Simonyan.
The car is equipped with several driver assistance devices, such as radars, a camera and laser equipment. Although the sensors and equipment were not made in Armenia, National Instruments worked on the design and testing of the entire system.
A team of around 20 engineers and designers worked on the design and testing of the car, in collaboration with several foreign companies.
DigiTec is the largest technology exhibition in the region and takes place at the Yerevan Exhibition Center.
Prev post