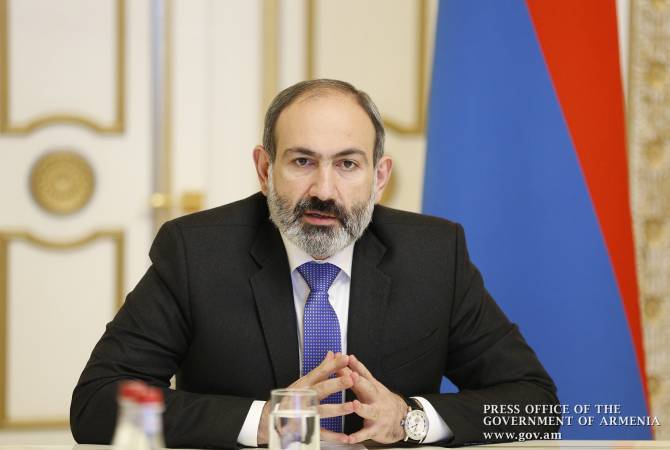 The escalating conflict between Armenia and Azerbaijan has taken a dangerous new turn with Turkey’s shootdown Tuesday of an Armenian fighter jet, Armenian Prime Minister said in an interview with The Washington Post.

Below is the article signed by The Washington Post columnist David Ignatius:

“The escalating conflict between Armenia and Azerbaijan has taken a dangerous new turn with Turkey’s reported shootdown Tuesday of an Armenian fighter jet. The Armenian prime minister said in an interview that he fears a wider war between Turkey and Armenia, bitter historic adversaries. Nikol Pashinyan, the Armenian prime minister, said in a telephone interview that Turkey “is creating instability in its neighborhood, in the eastern Mediterranean, the Middle East and now the South Caucuses. It poses an increasing threat to global security.”

He said, in addition to the F-16 involved in Tuesday’s reported shootdown, Turkey has been aiding Azerbaijan with drones and mercenary forces from Syria since the conflict erupted Sunday.

The United States, Russia, France and Germany have urged diplomacy, and Pashinyan said he and his colleagues have talked with top officials from all of those countries. But so far there has been no evident progress toward a cease-fire or settlement negotiations.

The State Department has been increasingly concerned about the showdown between a big U.S. ally (NATO-member Turkey) and a close Russian one (Armenia).

Pashinyan said a Turkish-supported Azerbaijani assault on Armenia itself “has now become a reality,” with shelling of the Vardenis region, east of the Armenian capital, Yerevan.

He said the Turkish F-16 that reportedly shot down the Armenian S-25 fighter was providing support for the Azerbaijani attack on the Vardenis area. Russia’s Tass news agency reported the shootdown Tuesday, citing a statement by the Armenian defense ministry.

“What is happening today is a war declared against the Armenian people,” Pashinyan argued. He said that, because of Turkey’s historic conflict with Armenia, his country faces an “existential threat.”

Asked about the threat of an attack from Nakhchivan, a chunk of Azerbaijani territory to the southwest of Armenia, Pashinyan said he has declared martial law and stressed, “We must use all means to defend ourselves.”

In explaining the Turkish threat, Pashinyan cited the murder of more than 1 million Armenians in 1915, in the final years of the Ottoman empire, which has been described as a “genocide” in a resolution passed by the U.S. Congress and recognized by many countries — but denied by Turkey.

“Turkey’s President has turned denial into an official policy of his state,” Pashinyan charged. “’Denialism’ is one of the likely preconditions for a new genocide.”

The Armenian prime minister said Armenia had lost “dozens” of dead and suffered about 200 injured since the fighting began Sunday. He said the Azerbaijanis had lost several hundred dead, plus more than 100 tanks, some helicopters and other equipment. He said that because Armenian forces had repelled attacks on both Karabakh and Armenia, “I hope by now the Azerbaijani president will understand that there is no military solution to the Nagorno-Karabakh issue.”

The State Department said Sunday that the United States was “alarmed by reports of large-scale military action” in Karabakh and warned against “participation in the escalating violence by external parties,” a semming reference to Turkey.

The statement said Deputy Secretary of State Stephen Biegun had called the foreign ministers of Azerbaijan and Armenia “to urge both sides to cease hostilities immediately.” Pashinyan said further talks with U.S. officials are planned.”