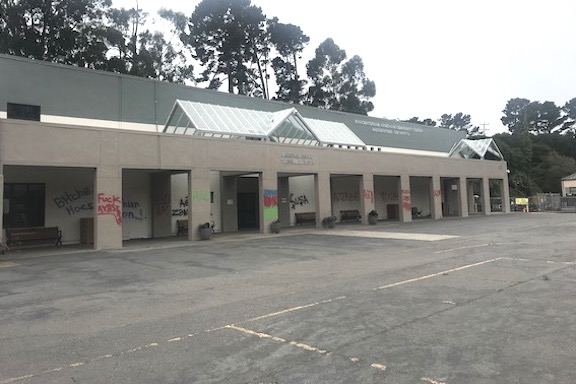 “Asbarez”– The Krouzian-Zekarian Armenian School and its adjacent Armenian Community Center in San Francisco were vandalized overnight, with what appears to be Azerbaijani-centric graffiti plastered all over the exterior walls of the building.

Community and school officials, among them the Armenian Revolutionary Federation Kristapor Gomideh leadership are on site assessing the damage.

The local police have been notified and are investigating the matters.

This comes days after Azerbaijani’s instigated violence and attempted to disrupt a peaceful protest organized by the Armenian Youth Federation in front of the Azerbaijani Consulate in Los Angeles to condemn Azerbaijan’s brazen attacks on Armenia’s Tavush Province.

Hate acts against Armenians by Azerbaijanis have surged around the world. In Moscow, a group of Azerbaijani stumped on apricots from Armenia at a local open-air market and began displaying signs to not sell to Armenians. In Berlin, on Thursday, a car belonging to the Armenian Ambassador to Germany was set ablaze on Wednesday night. 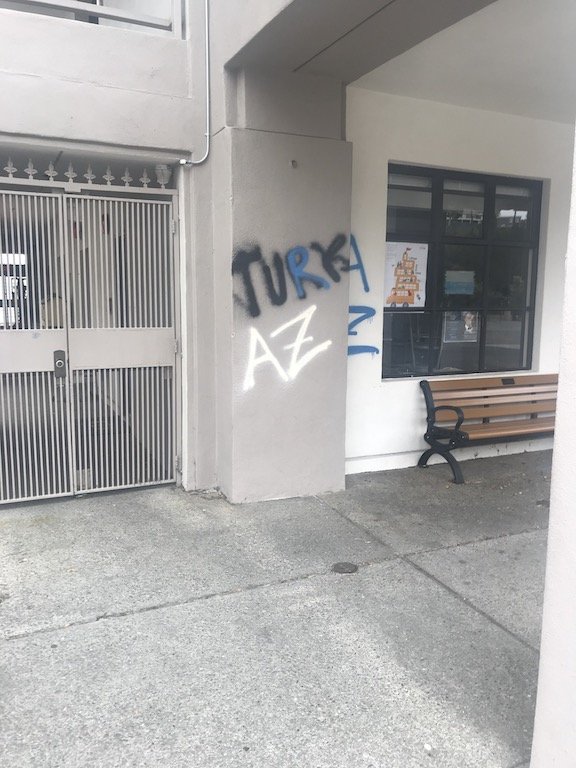 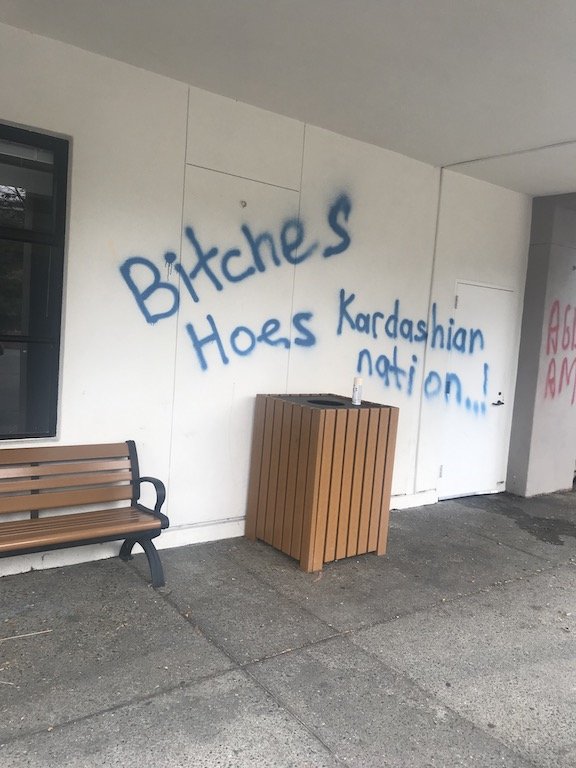 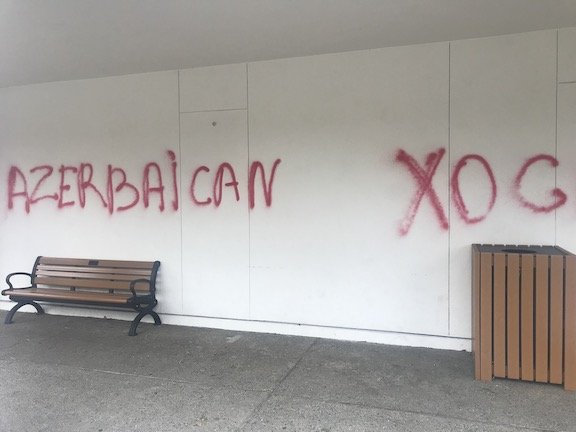 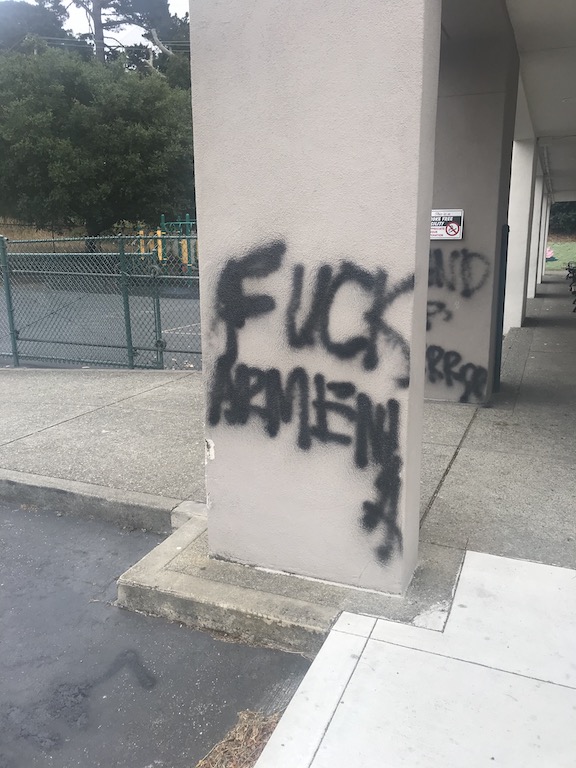