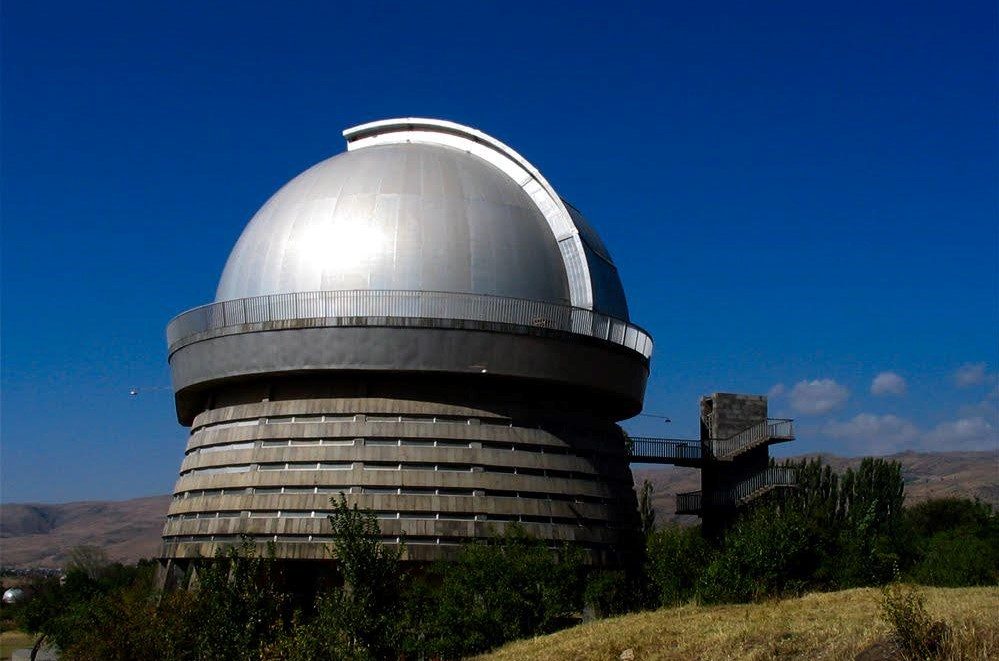 The international portal briefly presents the history of the Observatory, its activity and achievements.

The Byurakan Observatory is presented as the most important astronomical center in Eastern Europe and Middle East region, both by its scientific instruments and achievements.

The Observatory was founded in 1946 on the initiative of Viktor Amazaspovich Ambartsumian (1908–1996), the first director and famous Armenian scientist of the 20th century. Since 1998 the Byurakan Observatory bears the name of Ambartsumian.

The erection of the buildings started in 1946 under the supervision of famous architect Samvel Safarian (1902–1969), who was specialist for science buildings. The architectural ensemble of the observatory (1951 to 1955) consists of two telescope towers, laboratory buildings, central building, conference hall, and guest house.

Byurakan Observatory organized many international astronomical meetings and the astronomers were active in the International Astronomical Union (IAU): V.A. Ambartsumian was IAU President in 1961–1964 and Vice-President in 1948–1955, B.E. Markarian and E.Ye. Khachikian were Presidents of IAU Commission No. 28 (Galaxies, 1991–1994).