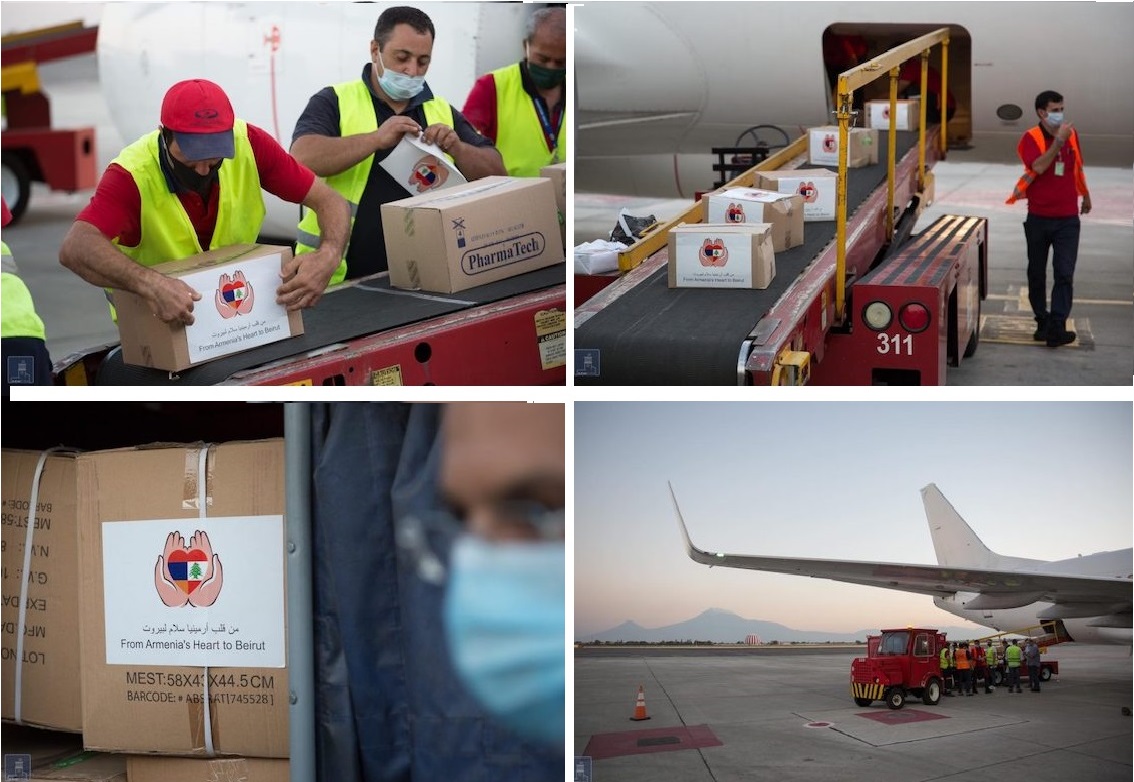 Accompanying the flight to Beirut is Armenia’s High Commissioner for Diaspora Affairs Zareh Sinanyan, who told reporters at the airport that he will tour Armenian communities in Lebanon, meet with His Holiness Aram I, Catholicos of the Great House of Cilicia, as well as Lebanese government officials in an effort to become closely acquainted with the needs of the country.

He said that the first cargo of supplies will be directly given to the government of Lebanon, adding that two more flights are scheduled—on Sunday and on Tuesday.

The cargo of supplies to Lebanon will include 20,400 medical masks produced in a factory in Tavush, Armenia, which was damaged last month when Azerbaijan began a brazen attack on civilian and military targets in Tavush on July 12.

“Tavush, which became the center of attention, care and humanity, was naturally one of the first to respond to the tragedy of brotherly Beirut, to bring its participation to the support of the Republic of Armenia to the friendly country and the Armenian community,” said a post on the Tavush Governor’s Facebook page.

The plane that departed Saturday is carrying 12 tons medicine, medical equipment, food and other supplies.

Deputy Prime Minister Avinyan on Friday detailed the government’s plan to send assistance to Lebanon, as part of a pledge made by Prime Minister Nikol Pashinyan immediately after a massive explosion at the Beirut port that rocked Lebanon causing destruction. At least 154 people died and thousands have been injured, among them members of the large Armenian community, whose leaders reported that 13 Armenians had died and hundreds were injured.

Pashinyan called Lebanon one of Armenia’s closest allies this week, saying that Armenia could not turn a blind eye to the suffering of the “brotherly people of Lebanon.” 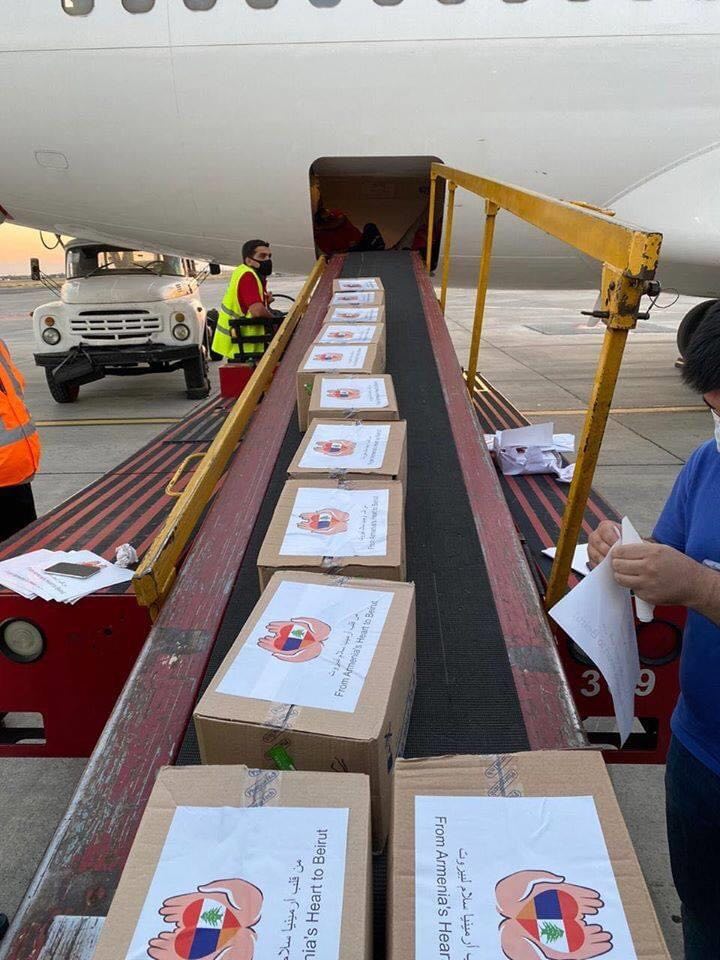 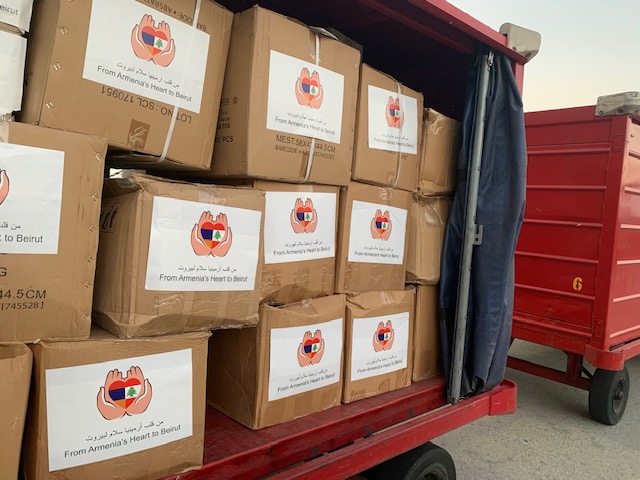 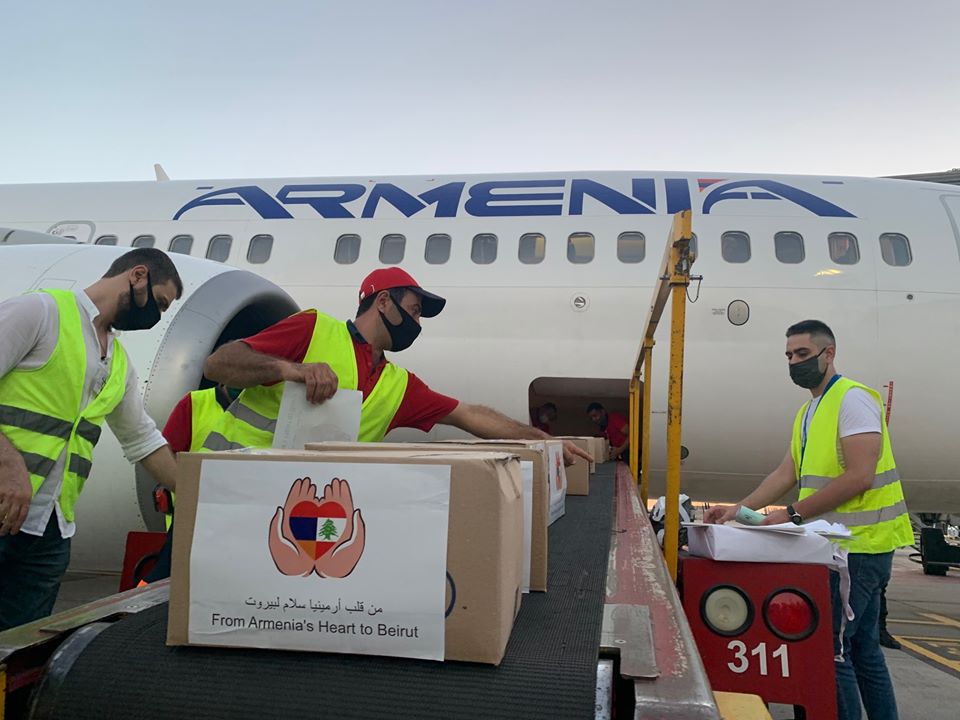 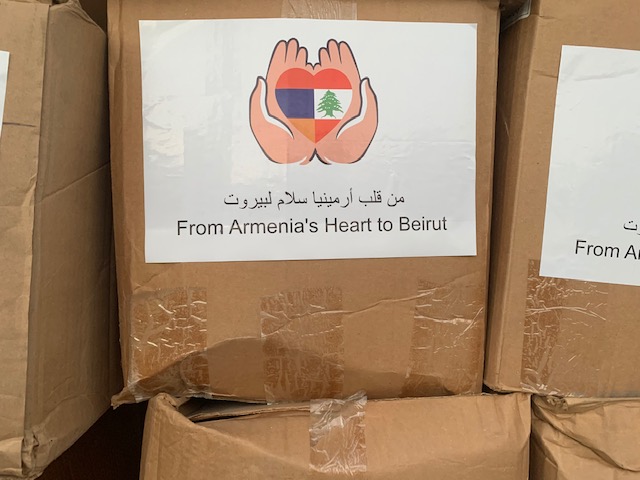 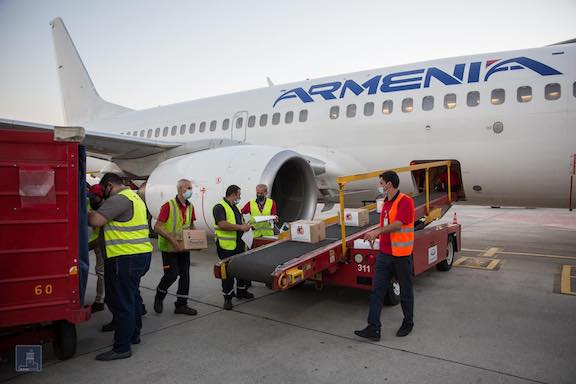