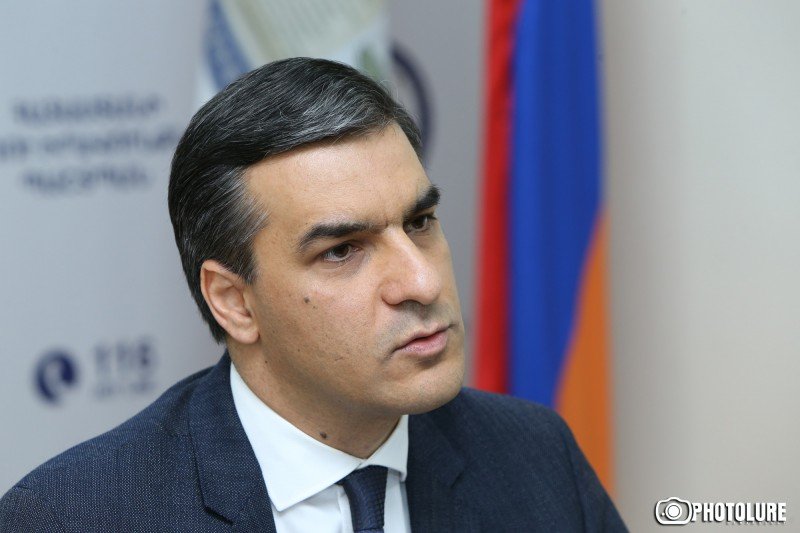 The President of Azerbaijan in his interview to the Azerbaijani general television (Azərbaycan Televiziyası) spoke about the entire population of Armenia with open threats of use of force and war on April 20, 2021.

Referring to the territory of the sovereign Republic of Armenia, he spoke about the creation of the so-called “Zangezur Corridor” and the expulsion of the population of Armenia, regardless of the will of Armenia. The President of Azerbaijan also noted. “All forces are mobilized to implement the program. Thus, 101 years later, the Azerbaijani people are returning to the occupied Zangezur.”

Before that, for example, in his speeches of April 12 and 13, 2021, the President of Azerbaijan openly stated that ordinary people living in Armenia and Artsakh, the whole Armenian people have psychological disorders, they are full of poison, are incomprehensible, are savages, are arrogant, have no morals, etc. Instead, he demonstrates, in his opinion, the advantages of the people of Azerbaijan, considering them superior in class, morality and psychology, as compared to the Armenian people.

“It is obvious that the April 20 interview of the President of Azerbaijan is a proof of genocidal policy, it contains intimidation of the entire population of Armenia, which is absolutely prohibited under international law. All this is done by openly distorting historical facts, presenting Zangezur as an Azerbaijani historical territory,” Armenia’s Human Rights Defender Arman Tatoyan said in a statement.

The Human Rights Defender of Armenia specifically stated that the President of Azerbaijan makes statements that are evidence of fascist policy, especially after the September-November war of 2020.

According to him, it is obvious that in this way the President of Azerbaijan insults, spews ethnic hatred and Armenophobia at the highest state level, and carries out public propaganda of animosity against Armenians.

Professional studies of the Human Rights Defender’s Office of Armenia confirm that exactly this Azerbaijani state policy was the basis of atrocities, beheadings alive, torture, and other war crimes committed by the Azerbaijani Armed Forces against civilians and servicemen of the Armenian side during and after the war.

These days the Human Rights Defender is carrying out fact-finding activities in the communities of the RA Syunik province. The results of the activities confirm Azerbaijani military’s shootings in the vicinity of peaceful communities, openly intimidating civilians and children, even making inappropriate hand gestures.

The Human Rights Defender of Armenia firmly calls for the attention of international organizations, especially those with human rights mandates, to these genocidal and fascist statements.

International organizations must take into account that it was their silence that contributed to more of the Azerbaijani atrocities during the war, and the incredible gross violations of human rights. This is the reason why the President of Azerbaijan makes such absolutely aggressive statements that undermine the foundations of international law.

It is necessary to prevent the Azerbaijani genocidal and fascist policy, the state propaganda of hatred towards Armenians (Armenophobia) and the animosity with decisive steps, to ensure real results, and to prevent new violations of rights and new war crimes in the future.