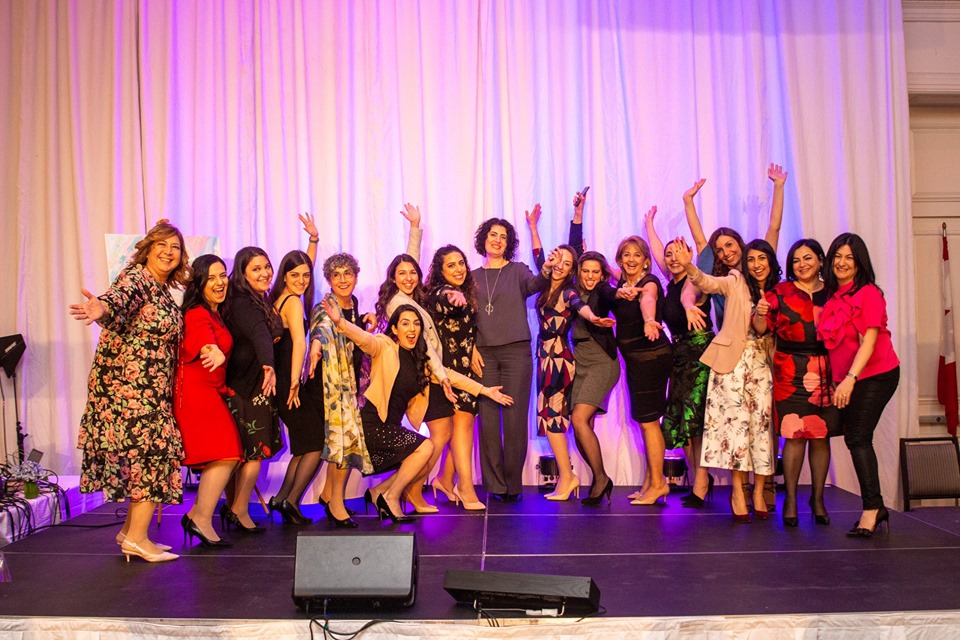 Women’s Day is considered a focal point in the movement for equality and is celebrated worldwide on March 8th. This year, it was the perfect opportunity to hold the 11th annual Toronto ARS International Women’s Day celebrations on the exact day the world celebrates women.

It was a beautiful sunny day in March, where 430 guests attended the annual luncheon at Pan Pacific Hotel (formerly Westin Prince Hotel), in Toronto.

The attendees were welcomed with a reception where they were served a variety of fruits, pastries and refreshments, prior to entering the main hall. The featured entrepreneurs of International Women’s Day 2020 had booths set up on one side of the reception, and a beautifully decorated photo booth was located on the opposite side.

Hosts of the day, Laura Izakelian and Hera Ohannessian-Lurch addressed the guests in both English and Armenian. They spoke about the history of Armenian Relief Organization, the current activities of the organization, as well as the significance of International Women’s Day.

International Women’s Day has been celebrated for over a century to forge purposeful action for equality. It continues to be a powerful platform globally that drives action for gender parity, while celebrating the social, cultural, economic and political achievements of women. This year’s theme, Each for Equal was drawn from a notion of Collective Individualism – individuals being a part of a whole. Every individual’s actions, conversations, behaviours and mindsets can have an impact on the larger society. Change can result from collective action, which could, in turn, create a gender equal world.

Equality is not only a women’s issue; it is an economic issue. Gender equality is essential for economies and communities to thrive. As a result, a gender equal world can be healthier, wealthier and more harmonious.

ARS International Women’s Day 2020 keynote address was delivered by Ambassador extraordinary and Plenipotentiary of the Republic of Armenia to Canada, Her Excellency Ms. Anahit Harutyunyan. She delivered a very impactful speech.

Ms. Harutyunyan spoke about her early life, the effects of her upbringing, as well as her career journey. She was raised in a family where all women worked and were independent. Interestingly, she is in her current field today because of a charismatic teacher she had in high school.

Ms. Harutyunyan shared the important lessons she has learned throughout the years as a woman in her field. As a career woman she had to work ten times harder than men in similar positions. She suggested the best way to outshine men is by professionalism, and by having a sense of humour. In her words, good grasp on emotional intelligence is inseparable from finding good success.

Harutyunyan expressed her gratefulness for the opportunities she had received which have kept her humble about all her accomplishments. She was very proud to be representing her country in her current position.

A sit-down lunch followed the inspiring keynote address during which Nver and Seyran Ghazaryan, a father-son duo, entertained the audience with live Armenian music on keyboard and duduk.

The second half of the event was an artistic show featuring live acrylic painting while performing artists took the stage showcasing their talents by singing, dancing, playing the cello, and playing the violin.

A portion of the net proceeds of this event will be donated to National Autism Fund and ARS “Mother and Child” Health and Birthing Center in Akhourian, Armenia. 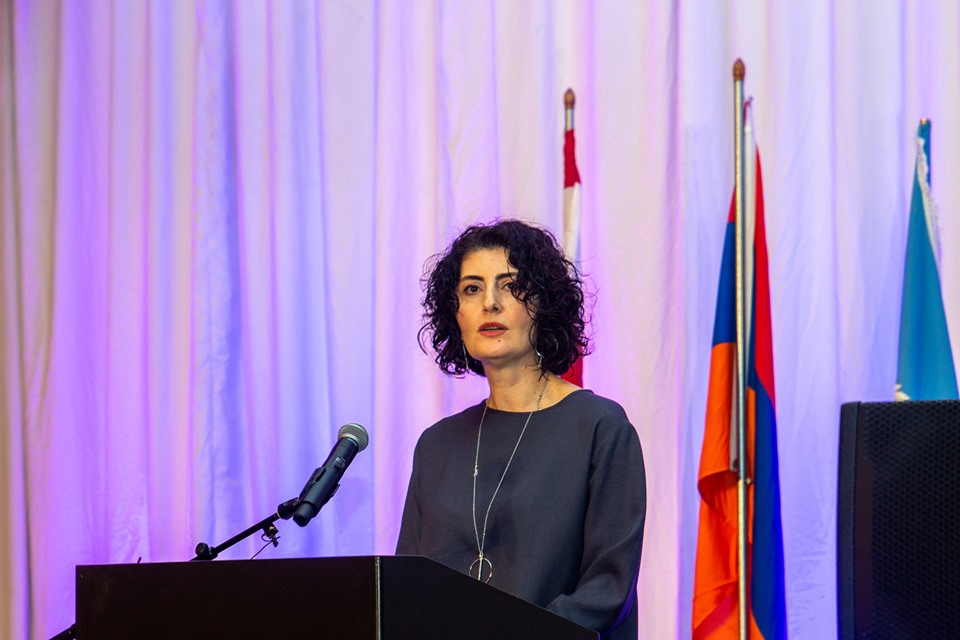 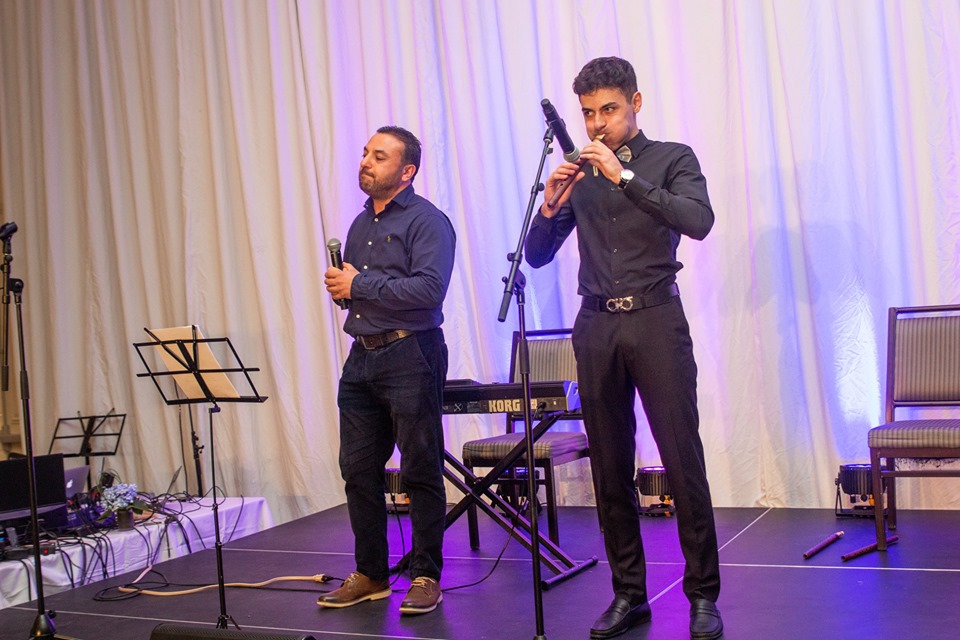 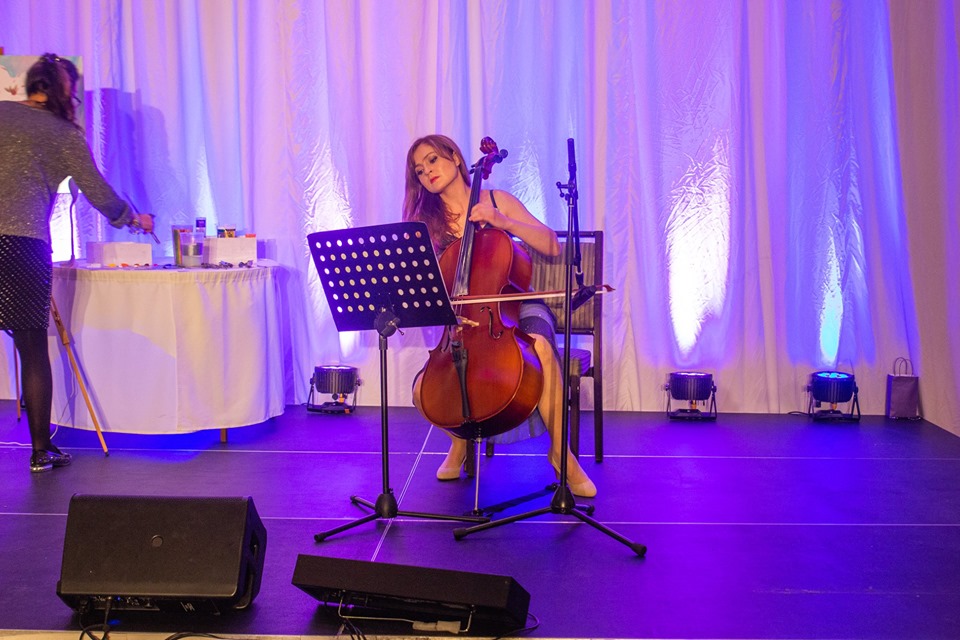