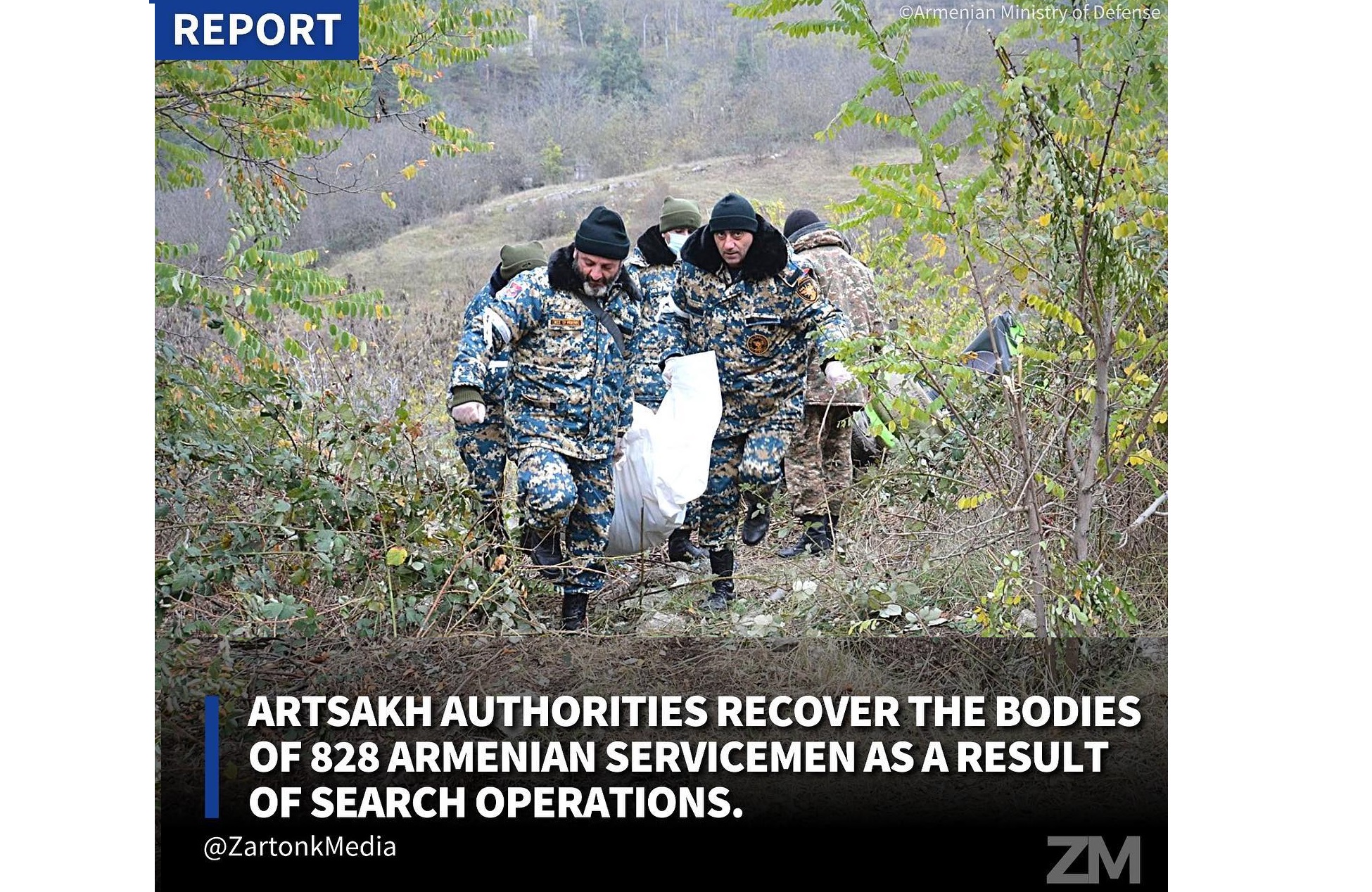 (Zartonk Media)- As a result of search operations in all the settlements of Artsakh, where the hostilities took place, the bodies of 828 Armenian servicemen have been found since November 13. Hunan Tadevosyan, head of the public relations department of the Artsakh State Emergency Service, informs News.am.

He mentioned that 2 servicemen were wounded and found alive during the search, an Armenian and an Azerbaijani. they were hospitalized.
Hunan Tadevosyan said that due to ceasefire violations by the Azerbaijani armed forces in the direction of Khtsaberd and Hin Tagher settlements of Hadrut region and Berdadzor sub-region of Shushi region, the search operations were stopped during the last 3 days.
Prev post