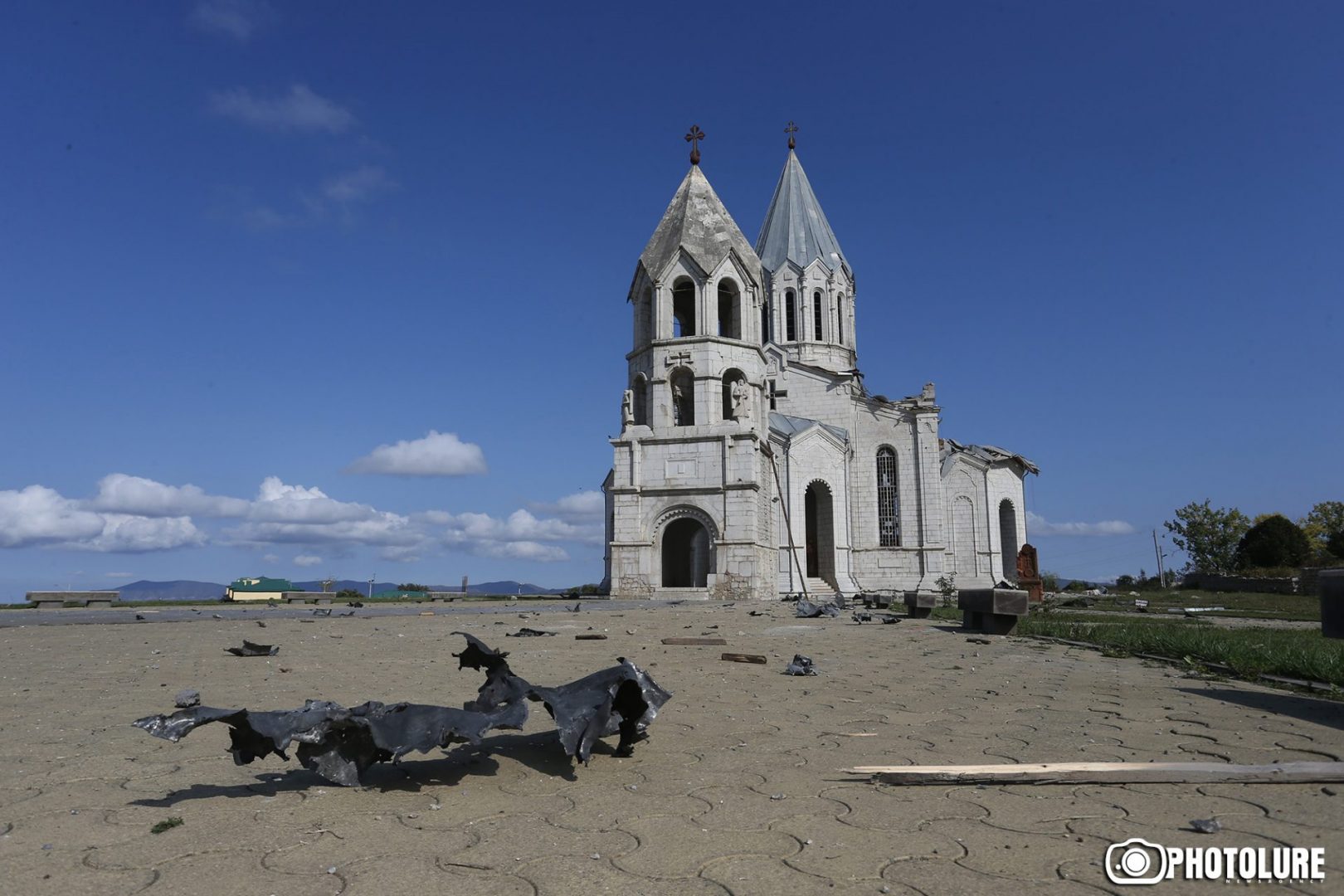 The Staff of the Human Rights Ombudsman of Artsakh has published a report on vandalism against the Armenian cultural heritage in the occupied territories of the Republic of Artsakh and the threat of destruction of Armenian monuments.

As a result of military aggression against the Republic of Artsakh, at least 1456 overwhelmingly Armenian historical and cultural prominent immovable monuments, including 161 monasteries and churches, 591 khachkars (cross-stones), the ancient sites of Tigranakert, Azokh, Nor Karmiravan, Mirik, Keren, fortresses and castles, sanctuaries and other monuments remained under the control of Azerbaijan. 8 state museums also came under the control of Azerbaijan with 19 311 exhibits, as well as private museums of Armenian Carpet and Armenian dram of Shushi.

The analysis of the identified cases and the context of Armeniaphobia shows that the destruction and distortion of the Armenian cultural heritage are systematic and widespread. The actions and statements of the Azerbaijani state bodies and public figures show that this is a specific state policy based on the criminal policy of inciting hatred against the Armenian nation.

Given the many precedents and the real threats of deliberate destruction of the Armenian cultural heritage in the territories under the control of Azerbaijan by the Azerbaijani authorities, the Staff of the Human Rights Ombudsman of Artsakh considers it urgent for the relevant international organizations and especially UNESCO to take effective and immediate steps to preserve the Armenian cultural heritage in the territory of Artsakh.