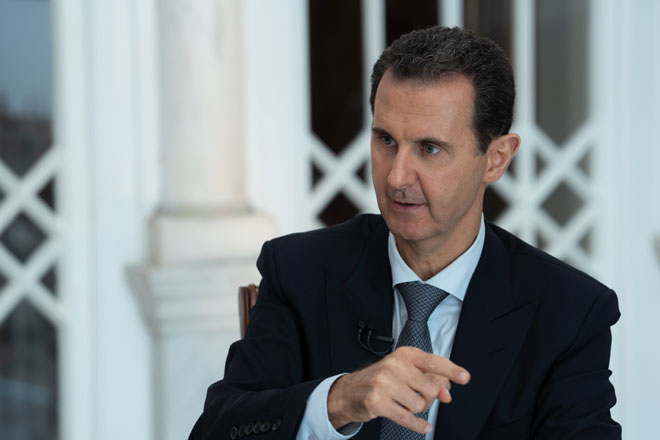 Syrian President Bashar al-Assad accused Turkish President Tayyip Erdogan of being the main instigator of the conflict in Nagorno-Karabakh.

“He supports terrorists in Libya, he was the main instigator and initiator of the recent conflict in Nagorno-Karabakh,” Assad said in an interview with Russian RIA Novosti.

The statement follows reports that Turkey has transferred Syrian mercenaries to Azerbaijan to fight against Nagorno Karabakh.

Both Russia and France have declared they have evidence proving the fact.

A US Department of Defense official has told Sky News Arabia that reports about dozens of flights between Turkey and Azerbaijan to transport hundreds of Syrian mercenaries are proven and correct.