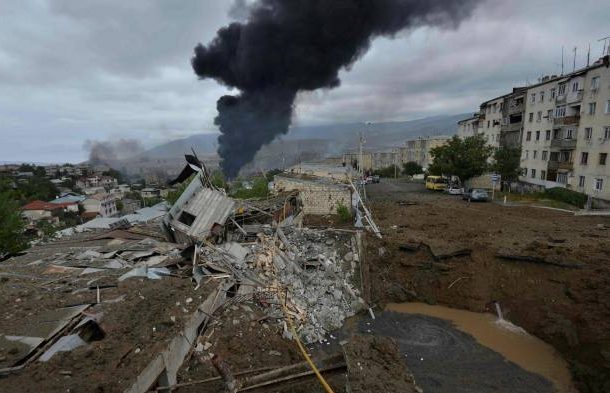 A scene from the bombing of Stepanakert by Azeri forces

Protection of civilians caught in the escalating conflict between Armenia and Azerbaijan over the Nagorno-Karabakh region must be prioritized, Amnesty International said today, after corroborating the use of banned cluster bombs in the region.

Over the weekend, footage consistent with the use of cluster munitions in the city of Stepanakert, the capital of Nagorno-Karabakh, was published by the region’s de facto authorities. They also reported an unidentified number of civilian casualties after further shelling in Stepanakert and the town of Shushi.

Amnesty International’s Crisis Response experts were able to trace the location of the footage to residential areas of Stepanakert and identified Israeli-made M095 DPICM cluster munitions that appear to have been fired by Azerbaijani forces.

“The use of cluster bombs in any circumstances is banned under international humanitarian law, so their use to attack civilian areas is particularly dangerous and will only lead to further deaths and injuries,” said Denis Krivosheev, Amnesty International’s acting Head of Eastern Europe and Central Asia.

“Cluster bombs are inherently indiscriminate weapons, and their deployment in residential areas is absolutely appalling and unacceptable. As fighting continues to escalate, civilians must be protected, not deliberately targeted or recklessly endangered.”

Amnesty International has called on all sides to the conflict to fully respect international humanitarian law, and to protect civilians from the effects of hostilities. 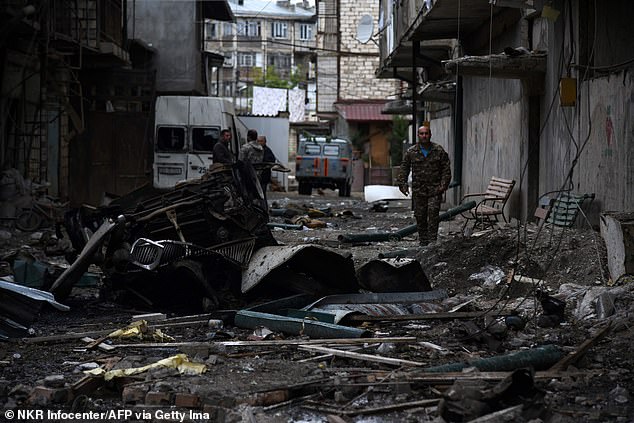