Aurora to Honor International Humanitarians and COVID-19 Heroes in October 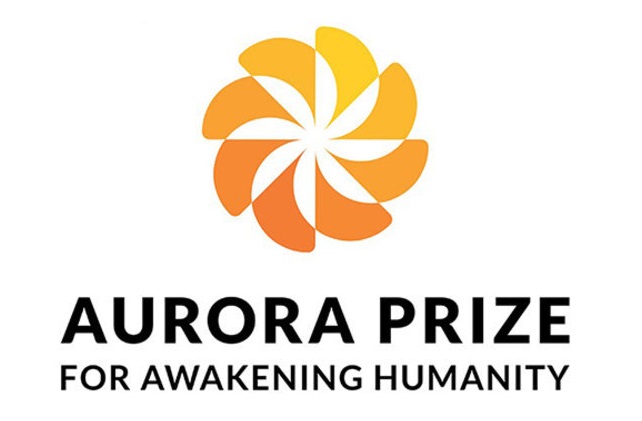 The Aurora Humanitarian Initiative is glad to announce that on October 19, 2020, a special Gratitude in Action luncheon will be organized in New York City to celebrate Aurora’s fifth anniversary by honoring the five Aurora Prize Laureates and paying tribute to New York City COVID-19 heroes.

A hundred years ago, $200 million (over $2 billion in the modern world) was raised to help the survivors of the Armenian Genocide and other persecuted communities. New Yorkers were among the most ardent supporters whose benevolence helped to save a generation of the oppressed. It was also in New York City that the Aurora Humanitarian Initiative was launched in 2015. It is therefore symbolic that the Gratitude in Action luncheon marking Aurora’s fifth anniversary will be held in the same city. This fundraising event will bring the Aurora community together in solidarity and allow the Initiative to continue its efforts.

The Aurora Humanitarian Initiative, founded on behalf of the survivors of the Armenian Genocide and in gratitude to their saviors, seeks to empower modern-day heroes who offer humanitarian assistance to those who urgently need it. Aurora’s five-year mission has been to spotlight global humanitarians through the Aurora Prize of Awakening Humanity and support people in need through educational, health, and skills development programs promoted by the Laureates. The Prize Laureate receives a US $1,000,000 award which gives the Laureate a unique opportunity to continue the cycle of giving and support the organizations that have inspired the humanitarian action.

“For the last five years, the Aurora Humanitarian Initiative has been reminding us of our common humanity, uniting people, and transforming the way we deliver humanitarian aid to those in need across the globe. To date, it has supported 28 projects in 16 countries, benefitting almost a million vulnerable people. As we celebrate this fifth anniversary, I urge everyone to join and empower this movement in these trying times when we need more heroes,” said Lord Ara Darzi, Director of the Institute of Global Health Innovation at Imperial College London and Chair of the Aurora Prize Selection Committee.

Today, when the world deals with the grave challenges of COVID-19, refugees and other vulnerable communities supported by Aurora continue to suffer and grow in numbers under the added pressures caused by the pandemic. The Aurora movement encourages those fortunate enough to have been rescued and given a new chance on life to express their own gratitude by becoming the next generation of saviors, continuing the cycle of giving.

“Aurora stands for Gratitude in Action. It provides a universal message and concept that resonates with peoples around the world. Its message and platform evoke human solidarity. Today, when humanity confronts the scourge of the COVID-19 pandemic, we all seek human solidarity, cooperation, and inspiration to bring us together, to allow us to transcend our differences and provide us with a common platform for action. During the past four years, Aurora has provided us with such an international platform that embodies solidarity, hope and action. We are proud to celebrate our 5th anniversary in New York where we began. We are honored to be in New York where hundreds of new heroes have emerged during this pandemic bearing witness to courage, self-sacrifice, integrity and human solidarity,” said Vartan Gregorian, President of Carnegie Corporation of New York and Co-Founder of the Aurora Humanitarian Initiative.

Founded on behalf of the survivors of the Armenian Genocide and in gratitude to their saviors, the Aurora Humanitarian Initiative seeks to empower modern-day saviors to offer life and hope to those in urgent need of basic humanitarian aid anywhere in the world and thus continue the cycle of giving internationally.

The Aurora Humanitarian Initiative is Gratitude in Action. It is an eight-year commitment (2015 to 2023, in remembrance of the eight years of the Armenian Genocide 1915-1923) to support people and promote global projects that tackle the needs of the most helpless and destitute and do so at great risk. This is achieved through the Initiative’s various programs: The Aurora Prize for Awakening Humanity, the Aurora Dialogues, the Aurora Humanitarian Index, the Gratitude Projects and the 100 LIVES Initiative.

The Aurora Humanitarian Initiative is the vision of philanthropists Vartan Gregorian, Noubar Afeyan and Ruben Vardanyan who have been joined by thousands of supporters and partners.