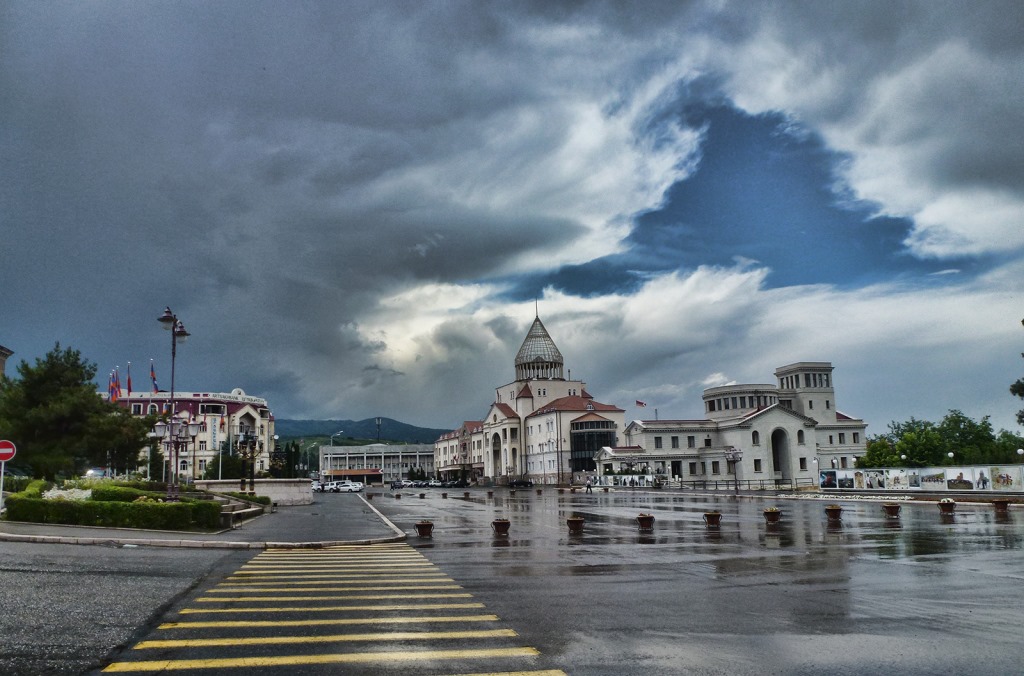 Multiple people are wounded and heavy damages of civilian infrastructure has occurred. The Rescue Service was also hit.

The head of the Rescue Service Armen Narimanyan told ARMENPRESS that the injuries his personnel suffered are non-life threatening.

“The Rescue Service building in Stepanakert is partially destroyed, windows are shattered, walls collapsed, vehicles at the parking lot were damaged,” he said.

After the attack happened, the Human Rights Defender of Artsakh Artak Beglaryan said “this was the heaviest strike on Stepanakert.”