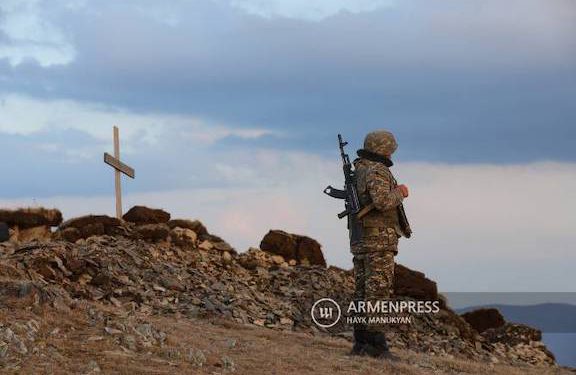 On March 26, the Azerbaijani armed forces, after invading the village of Parukh in the Askeran region, continued their movements and hostile actions in the area of ​​responsibility of the Russian peacekeeping troops in different directions of the Karaglukh height, Artsakh’s Defense Ministry informs.

Necessary restraining actions were taken by the Armed Forces of the Artsakh Republic in order to stop the advance of the enemy. As a result, the subversive actions of the enemy were stopped.

As of 5 PM, the operative-tactical situation in this part of the line of contact remains tense, the Ministry says.

Work with the Russian peacekeeping command staff towards the stabilization of the situation is under way.

The situation in other parts of the line of contact is calm.