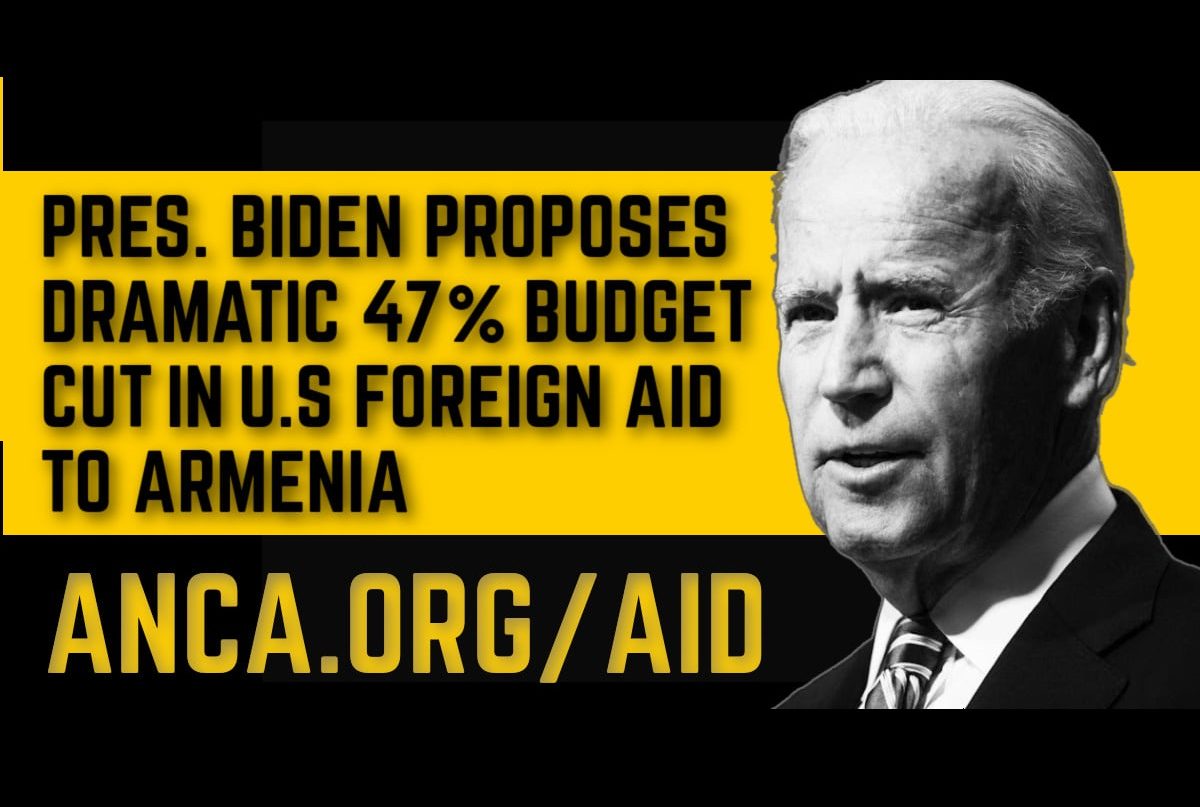 The Biden Administration called for just $24 million in U.S. assistance to Armenia in the White House Fiscal Year (FY) 2023 budget proposal released today – $21 million less than what Congress allocated and the President approved for FY 2022 just weeks ago, reported the Armenian National Committee of America (ANCA).

“We are disappointed that President Biden’s annual budget – released in the wake of a government watchdog report documenting over $164,000,000 in U.S. military aid to Azerbaijan – flat-lines U.S. aid to Armenia at just over $24 million and fails to include any specific dollar amount for U.S. assistance to Artsakh,” said ANCA Executive Director Aram Hamparian. “We look to our Congressional allies, coalition partners, and community activists to work through the foreign aid appropriations process to dramatically boost U.S. aid numbers for both Artsakh and Armenia.”

Similar to his budget request for FY2022, the President’s FY2023 budget includes $23,405,000 in foreign aid and $600,000 in military assistance to Armenia.  A separate line item in the budget calls for $6,050,000 in International Narcotics and Law Enforcement spending in Armenia.  Following broad-based Congressional outreach by the ANCA and the Armenian American community last year, the final FY2022 aid package for Armenia was increased to $45 million and included an additional $2 million in U.S. demining assistance for those affected by the 2020 Azerbaijan and Turkey-led attacks on Armenia and Artsakh.

The ANCA has already issued calls on the White House and Congress for $50 million in US aid to Artsakh, to help resettle the over 100,000 indigenous Artsakh Armenians ethnically cleansed by Azerbaijan in 2020.  To join the nationwide call to action, visit anca.org/aid.

By comparison, President Biden requested approximately $9.7 million in U.S. assistance to Azerbaijan for FY2023. This does not include additional funds Azerbaijan receives from the Department of Defense under their Section 333 (Capacity Building) programs.  According to a Government Accountability Office (GAO) report release in March, Azerbaijan has received over $164 million in U.S. aid under the Section 333 account, the impact of which the Departments of State and Defense failed to disclose to Congress, as required by Section 907 of the FREEDOM Support Act.  The ANCA has called on the Biden Administration to enforce Section 907 restrictions on US aid to Azerbaijan in its fullest capacity.