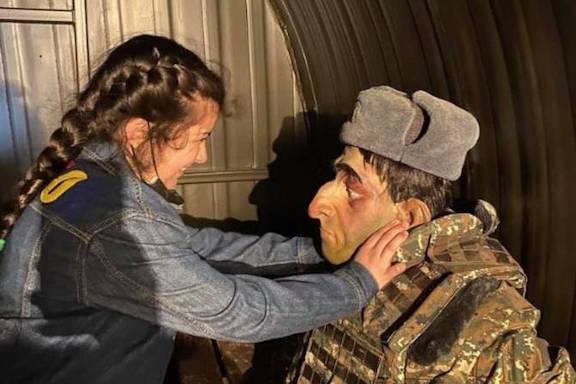 Azerbaijani children play with humiliating displays of Armenian soldiers at the “military trophy park” that opened in Baku this week.

(Asbarez)- A “military trophy park,” inaugurated in Baku this week has opened its doors to Azerbaijani children, who in photos released by Azerbaijani media, are seen happily playing with the degrading displays of Armenian soldiers.

The macabre “park” located in the heart of Baku that opened Monday with much fanfare by Azerbaijani President Ilham Aliyev, exhibits displays of military equipment seized from Armenian forces, alongside mannequins with caricature-like features made to resemble Armenian military forces, as well as humiliating depictions of Armenian prisoners of war.

Armenia’s Human Rights Defender Arman Tatoyan on Thursday shared photos of children playing with the displays and parents accompanying their children to the various exhibits.

On Tuesday, Tatoyan cited the opening of the “park” as further proof of Baku’s genocidal policy against Armenians.

“It is obvious from the published videos and photos of the ‘park’ that the exhibition was designed to increase and encourage hatred and animosity toward the population of Armenia and Artsakh,” Tatoyan said on Tuesday, adding that the exhibits are a cynical attempt “to publicly humiliate the memory of the victims of the war, the rights of missing persons and captives, to violate the rights and dignity of their families.”

Tatoyan also decried exhibits depicting Armenian prisoners of war, calling them “especially reprehensible given that in Azerbaijan, prisoners of war and civilians continue to be held illegally, in gross violation of international human rights requirements.”

“State-sponsored hostility was the reason the Azerbaijani military brutally tortured and killed Armenian servicemen and civilians,” said Tatoyan said Tuesday, emphasizing that “this absolutely vicious phenomenon proves once again that we must not allow ourselves to be fooled with false Azerbaijani peace building initiatives since they are just a smoke-screen for the international community.” 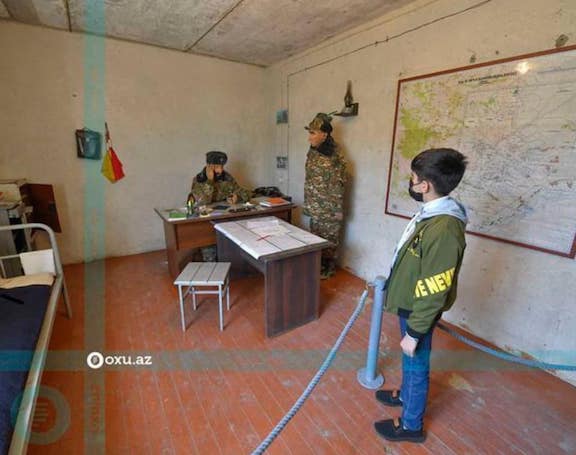 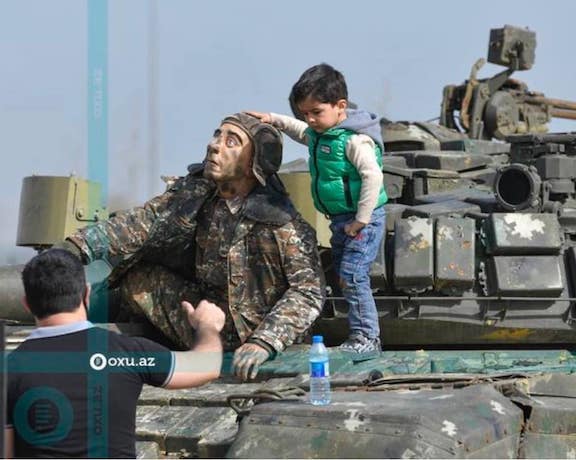