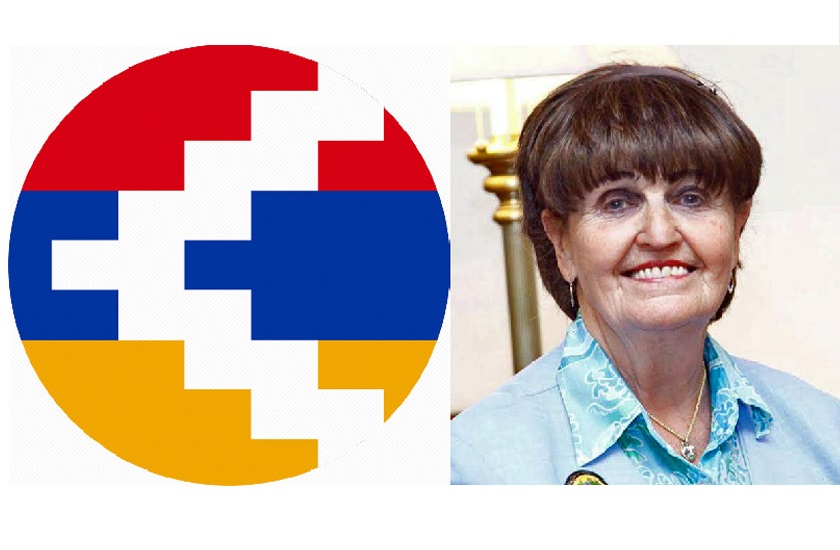 Baroness Caroline Cox is in the process of tabling the following statement about the situation in Artsakh to the floor of the UK Parliament.

“Following the launch of a massive land and air offensive involving massive rocket, artillery, drone and air bombardments along the entire Artsakh-Azerbaijani front on early Sunday morning intensive battles are continuing for the second day.

Azerbaijan has launched new offensives in the North, in the Mataghis region of Martakert as well as in the South by the Arax River which are being successfully defended. There are heavy losses of soldiers and military hardware on the Azeri side: latest report from Stepanakert Defence Ministry Spokesman puts these at over 350 Azeri soldiers and 45 tanks, tens of drones and 4 helicopters. It also reports downing a Turkish air force F16.

The Artsakh losses are put at 45 soldiers and an air defence unit as well as tanks and vehicles. There are civilian dead and injured, including a grandmother and her little grandchild in the Martuni, south Artsakh, who were killed at the very start of this new Azeri aggression. However, many more civilian buildings and structures have been the target of Azeri drone, rocket and artillery bombardment today, the second day of the aggression with hundreds more civilians injured. About 80 have been transferred to Yerevan hospitals.

Azerbaijan has once again launched a massive and indiscriminate attack along the entire front and heavy rocket, artillery and aerial bombardments, including use of a huge number of Turkish drones, deep inside Artsakh not sparing, indeed deliberately targetting, civilian targets in Stepanakert and other Artsakh towns and villages, including, once again, schools and kindergartens. There are reliable reports of the direct involvement of Turkish military personnel as well as thousands of Syrian Islamist jihadi terrorists airlifted by Turkey to fight on behalf of Azerbaijan https://www.reuters.com/article/us-armenia-azerbaijan-turkey-syria-idUSKBN26J25A .

“The scale and fierceness of the offensive is unprecedented as is the use of Turkish made drones and active military participation and involvement of Turkey” said Arayik Harutyunyan, the Nagorno-Karabakh President and his defence spokesman in their press conferences yesterday and today: “Genocidal Turkey’s  criminal involvement on behalf its ‘brother’ Azerbaijan changes the balance and dimensions, it is an obvious escalation of the conflict and can potentially destabilise the entire region” they continued.

Both Artsakh and Armenia have appealed to the international community, especially to the OSCE Minsk Group to intervene to put an immediate stop to Turkey’s massive military-political involvement on behalf of Baku. An Emergency Session of Armenia’s National Assembly in Monday discussed bringing Armenia’s formal recognition of Artsakh’s independence on its agenda.

Turkey, which has often declared its political and diplomatic support for Azerbaijan’s previous aggressions at the level of president, foreign and defence minister as well as its chief of staff, this time seems to be directly involved and engaged in the military operations and offensive campaigns. The previous Ankara-Baku slogan of “one nation two states” appears to have morphed into “one nation-one army” which is being deployed in the field now.

Martial law was declared in Azerbaijan at the launch of its aggression against Artsakh; and with the clear intent to deprive its own population free access to real news and social media the entire internet system is either shut down or severely restricted in Azerbaijan – except for Twitter which is widely used for official propaganda and misinformation/disinformation.

Both Russia and France have advised immediate cessation of hostilities and return to Minsk Group negotiations, as has the US State Department.”