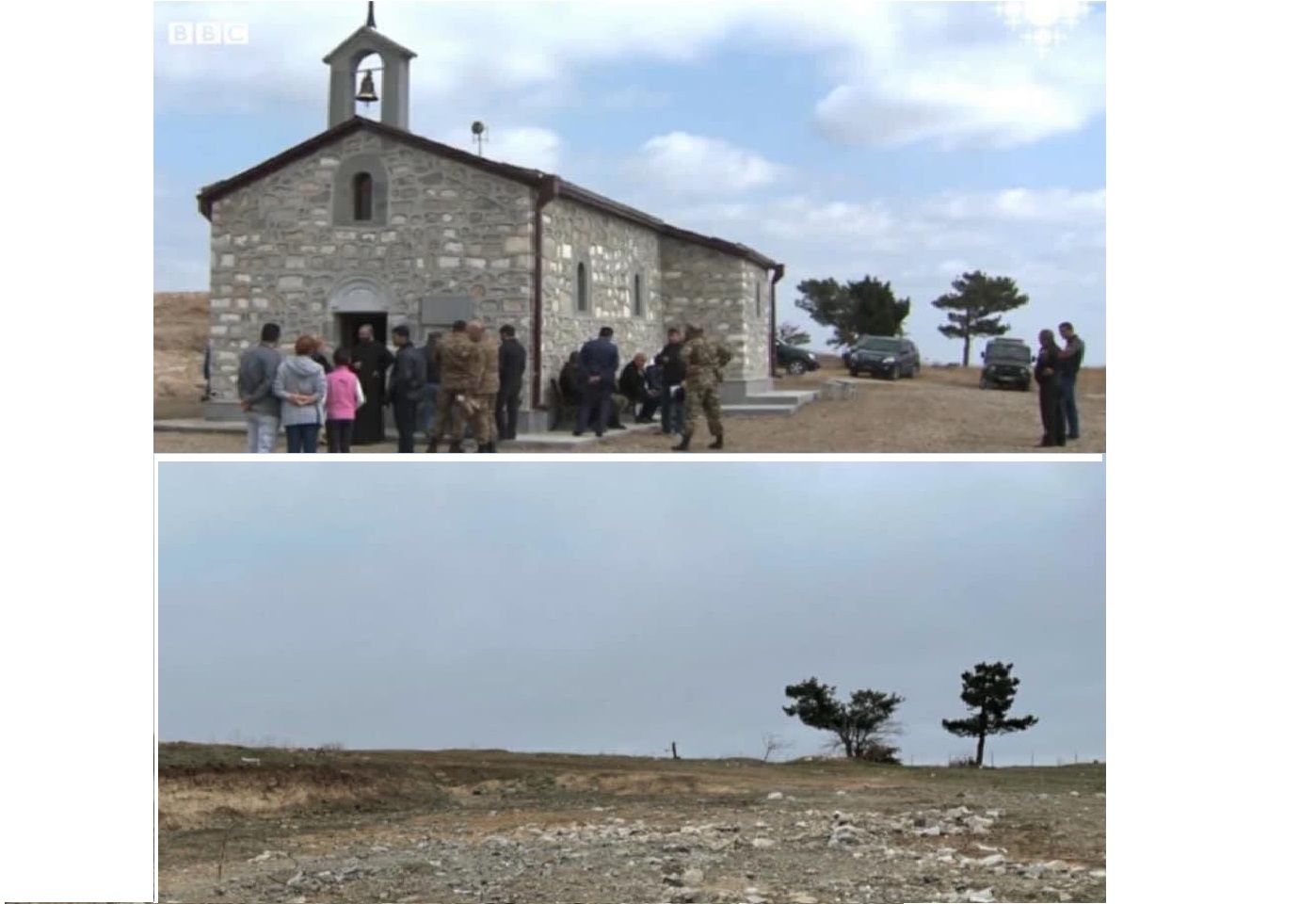 The location of the church before and after the war.

“Armenpress”. The Azerbaijani authorities have completely demolished an Armenian Church in Mekhakavan, a village that fell under Azeri control after the 2020 war.

BBC’s Jonah Jonah Fisher traveled to the region to investigate the “disappearance”, since a video posted online clearly showed the church was intact when the town was captured by Azerbaijani forces.

Fisher traveled to the exact location of the church, where not a single trace of it is left. When he asks a police escort what happened to the church, he replies that he has no information. When asked again, the Azeri policeman falsely claims that perhaps the church was destroyed during the war – something that couldn’t have happened because the videos clearly show that the area had come under Azerbaijani control when the church was still intact.

The Armenian authorities have numerously warned the international community to take action and prevent the Azerbaijani policy of eradicating Armenian cultural and spiritual legacy in Nagorno Karabakh.

The Surb Hovhannes Mkrtich Church in the town of Shushi has suffered a similar fate. 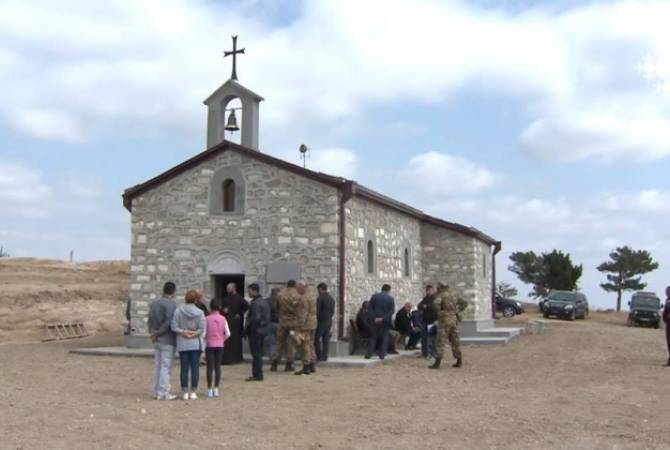 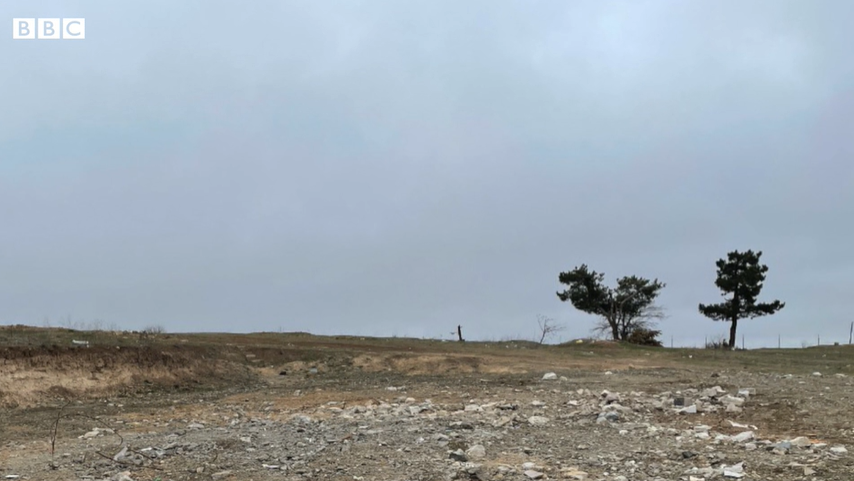