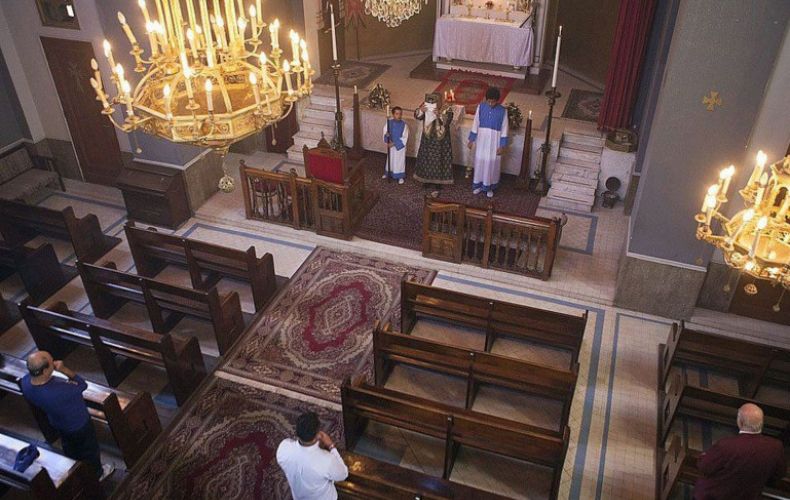 (Armradio)- BBC’s Ismail Einashe has traveled to Ethiopia to find out about the Armenian community.

His search for the last Armenians of Ethiopia began in Piassa, the bustling commercial center of the old part of the capital, Addis Ababa. He visits the St George Armenian Apostolic Holy Church built in the 1930s.

The church, he says, is rarely open, as there is no priest these days, and the community, of no more than 100, is mostly elderly.

The church was the heart of the community that began to grow in numbers during the rule of Haile Selassie who, as Ras Tafari, became prince regent of Ethiopia in 1916 and Emperor from 1930 to 1974.

In 1924, Ras Tafari visited the Armenian monastery in Jerusalem, where he met a group of 40 children who had been orphaned by the Armenian Genocide.

Moved by their plight, he asked the Armenian Patriarchate of Jerusalem if he could take them to Ethiopia and look after them there.

The 40 orphans, or arba lijoch in Amharic, were all trained in music and went on to form the imperial brass band of Ethiopia.

“The community reached its zenith in the 1960s when it numbered 1,200. Despite their small numbers they had a crucial role in ushering Ethiopia into the modern world – from helping to develop the distinctive Ethiopian jazz style to working as tailors, doctors, business people and serving in the imperial court,” Ismail Einashe writes.

He reminds us that the Armenian community declined, once the emperor fell in 1974.

However, few stayed and some married within the local community, creating a unique blend of Armenian and Ethiopian cultures.

According to the BBC, there is also an Armenian social club, which has a restaurant that reminds people of the taste of home.