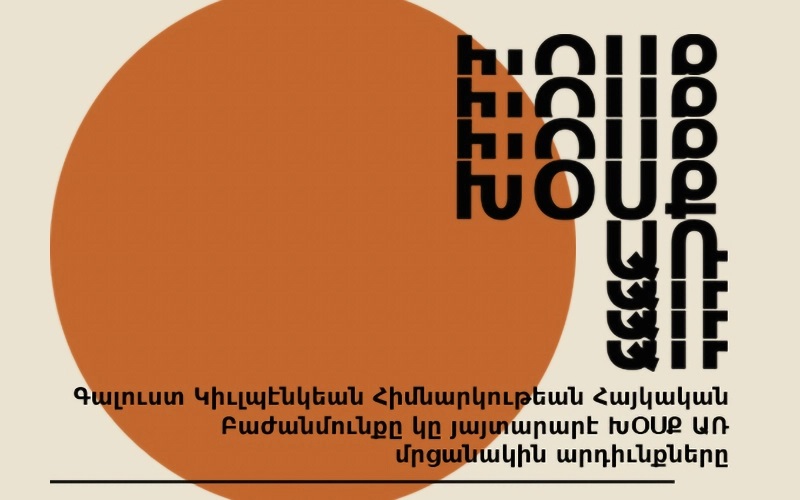 The Armenian Communities Department of the Calouste Gulbenkian Foundation launched the Be Heard prize in April 2020. This unique initiative – the first of its kind – gave Armenian speakers around the world the chance to think and express themselves on a range of critical issues facing humanity. Speakers of the Armenian language were invited to submit contemporary and innovative audiovisual and literary productions of various kinds that brought forth much-needed discussions tackling contemporary global issues.

The Foundation received 165 applications in total, from 18 countries and in various media, from song to animation, from caricature to poetry, and from essay to mixed-media productions… The youngest applicant was 8 years old and the oldest 83. An internal jury of 7 people evaluated all the submissions with great interest and 60 prizes were awarded. Due to the high number of excellent submissions, the number of awards was increased from the 50 that were initially announced, to 60! There were 25 winners from Armenia and 35 winners from the Diaspora. These numbers are in proportion to the number of applications received.

“One of the main purposes of this prize was to get people of all ages and backgrounds to think in the Armenian language and to use it as a mode of expression – and especially to use it creatively and differently. This, combined with the potential of the works submitted, and the contemporariness of the ideas expressed, where the jury’s main selection criteria,” the Foundation said.

We are especially pleased to see that many young people applied to the Be Heard prize with their creative work, in which Armenian was the main medium of expression. We are also delighted to note that this prize fostered a culture of innovation in the Armenian language and has created a sense of need to reach out to and be in touch with other Armenian creative minds wherever they are.

The full list of winners can be found here.