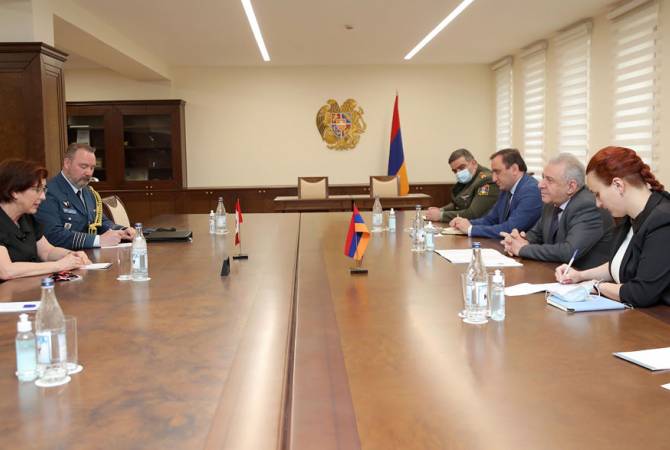 During the meeting issues related to the regional security were discussed. The Armenian Defense Minister presented details over the military operations against Artsakh and the situation following  the aggression, mentioning new security challenges that have emerged in the region.

The Ambassador of Canada informed that Canada seriously examines the issue of  limitations on sales of equipment to Turkish UAV-producing companies.

During the 44-day war unleashed by Azerbaijan against Artsakh, Turkey actively supported Azerbaijan, including by using UAVs with Canadian equipment.