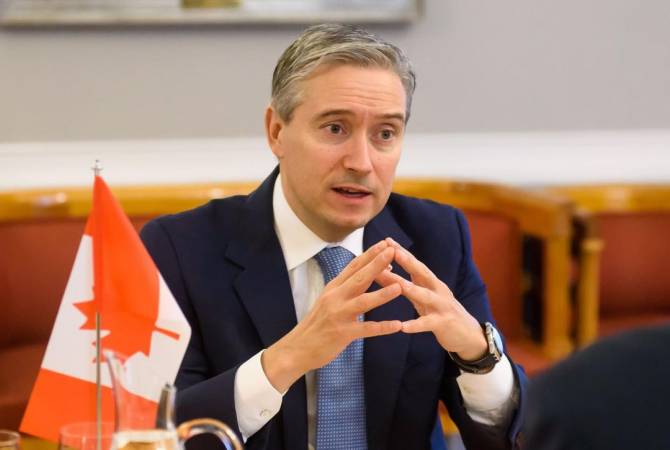 (TorontoHye)- Canada’s Foreign Minister François-Philippe Champagne expressed concern over the eruption of violence over the Armenia Azerbaijan border but stopped short of condemning Azerbaijan for initiating an attack on the internationally recognized borders of its neighbour.

The Foreign Minister’s statement said: “Canada is concerned by the violence along the Armenia-Azerbaijan border.

“Alongside the Organization for Security and Co-operation in Europe’s Minsk Group, Canada urges both sides to refrain immediately from using force, to respect the ceasefire and protect civilians.

A resolution to this conflict must take into account the Helsinki Final Act, in particular the principles of non-use of force, territorial integrity and self-determination”, the statement added.

In an interview with CBC Radio Canada International, Sevag Belian, executive director of Armenian National Committee of Canada, said that the ANCC appreciates Champagne’s call for the cessation of hostilities and return to negotiations, but also urged the Liberal government to “properly condemn Azerbaijan’s aggression towards Armenia.”

Belian added: “failing to distinguish between the aggressor and the victim will further empower the dictatorial military and political regime of Azerbaijan to commit its crimes and continue destabilizing the region.”

Since July 12th, Azerbaijan has launched a series of cross-border attacks against Armenia’s northern Tavush province.