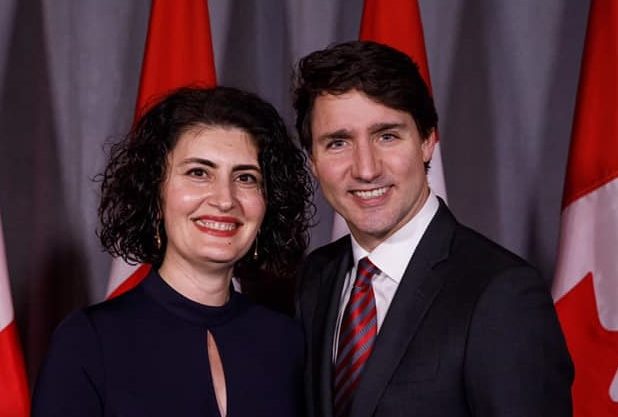 On December 17, Ambassador Harutyunyan and PM Trudeau attended the holiday dinner-reception in honor of the diplomatic heads of mission hosted by François-Philippe Champagne, Canada’s Minister of Foreign Affairs.

Prime Minister Trudeau and Ambassador Harutyunyan had a chance to exchange views on the important bilateral relations between their respective countries as well as reminisce of the historic visit to Armenia that the Prime Minister had in late 2018.

Justin Trudeau visited Armenia in October 2018 to participate in the 17th Summit of the International Organization of La Francophonie. It was  Trudeau’s second visit to Armenia but his first official visit as Prime Minister.

Trudeau had visited Armenia in 1988 together with his father, former Prime Minister Pierre Elliott Trudeau.