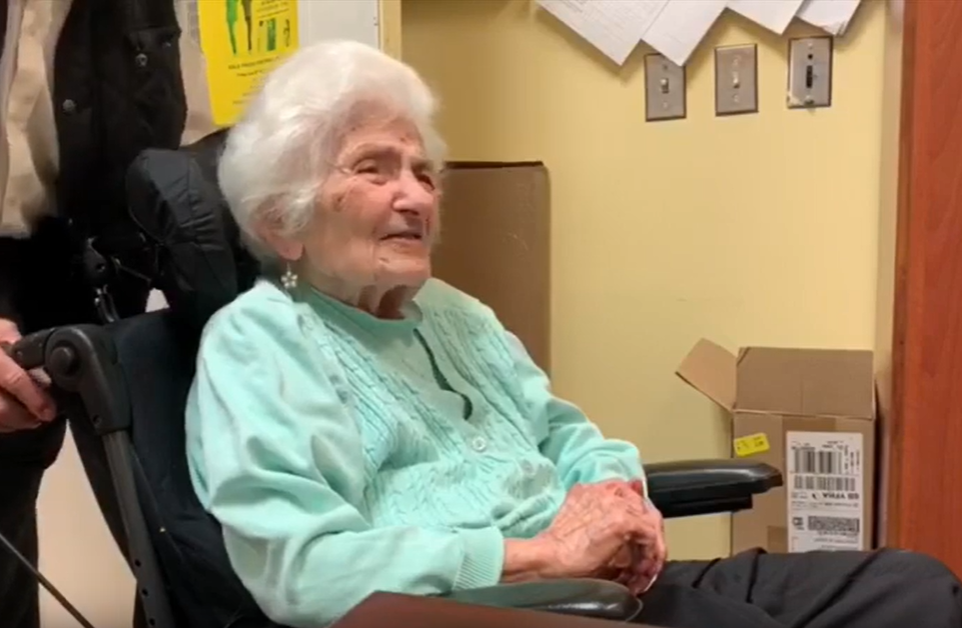 (Horizonweekly)- A Toronto woman believed to have been one of the last Canadians to have survived the Armenian genocide died on Thursday, four months shy of her 105th birthday. Eugenie Papazian (Kokorian-Yerganian) passed away on January 14, 2019.

Eugenie Papazian was born in Turkey, in the Ionia district of Samsun by the Black Sea in 1915. She never knew her parents. Her father was taken to the army in 1915 and did not return home, while her mother died when she was still a newborn.

She had a large family: 2 sisters, Arousiag and Azniv, 3 brothers, 3 maternal aunts and uncles, whom she has not seen.

At the start of the 1915 deportations, the members of her extended family gather and find refuge in the mountains and then descend into the gorge. It is there that she was born. Seeing how frail her mother was, many advised and almost forced her mother to leave Eugenie there on the road, so that they wouldn’t go through hard times.

Naturally her mother could not agree. Others argued against abandoning her, considering it a sin committed against God’s will. Because of her beauty and golden hair, they named her Voski (Gold in Armenian). After Eugenie’s birth her mother, exhausted, died in a place her daughter would never know.

For three years, her maternal grandmother struggled to look after her, then gave her to an orphanage when she was no longer able to feed her.

So began her painful odyssey through three children’s homes in Greece, where an American relief organization had arranged the placement of Armenians in 13 orphanages.

An Armenian couple took her to Egypt, and she spent her early teens in Cairo, where she met her husband, Garabed Kokorian. She was 15 years old when she married Garabed.

Armenian Schools In Lebanon To Get 170,000 USD From Armenian Communities Department of Calouste Gulbenkian Foundation