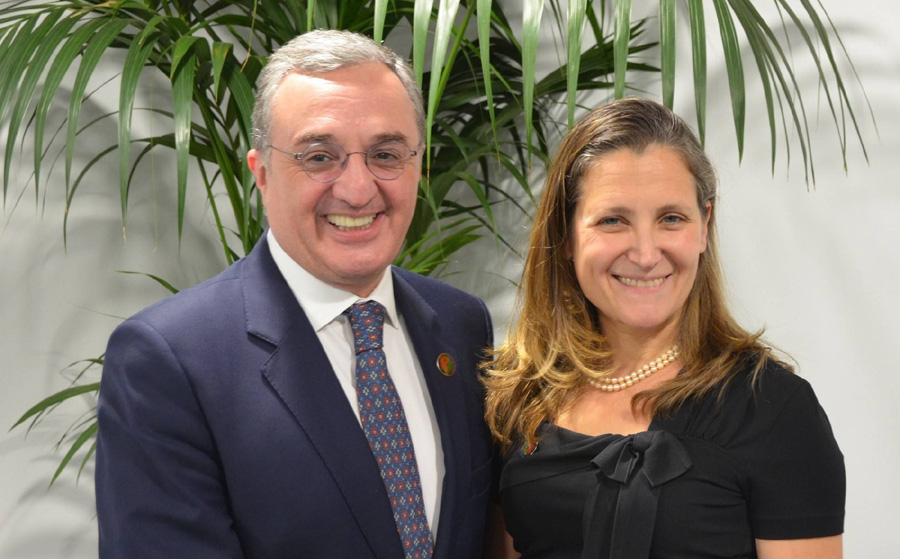 The two ministers lauded the strong partnership between Armenia and Canada within bilateral as well as multilateral formats, placing particular importance on La Francophonie. The foreign ministers made reference to the implementation of the agreements reached between Prime Minister Justin Trudeau and Prime Minister Nikol Pashinyan during the former’s visit to Armenia.

Mnatsakanyan stressed that Canada is a key partner for Armenia in a number of areas, placing importance on the enhancement of Armenian-Canadian cooperation on Armenia’s development agenda. Both sides noted the vast potential for bringing together the two geographically distant nations, highlighting the digital agenda as a key priority in this process. Presenting Armenia’s achievements in the spheres of innovation, high technology, and creative education, Mnatsakanyan emphasized the importance of deepening the partnership with Canada and increasing joint projects aimed at the development of experience-sharing.

The officials also highlighted the importance of the unique organizational role of the Armenian community in Canada in the process of developing closer ties between the two partner countries.