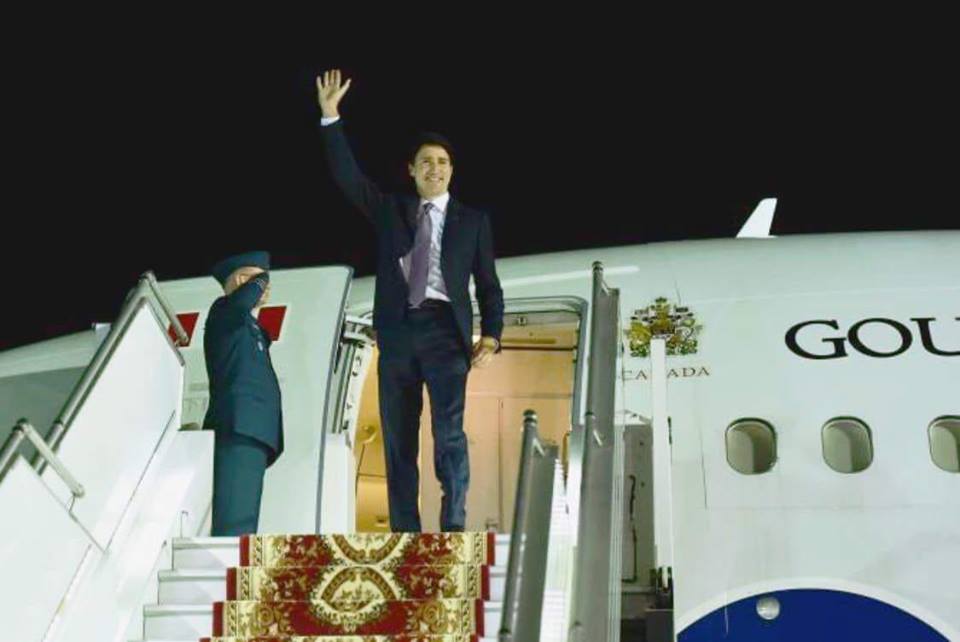 “Armenpress”.- Prime Minister of Canada Justin Trudeau has arrived in Yerevan to participate in the 17th summit of Francophonie. Foreign Minister of Armenia Zohrab Mnatsakanyan met him at Zvartnots airport. Justin Trudeau will meet with Prime Minister of Québec François Legault at “Marriot Armenia” hotel on October 10. Afterwards, he will head to Karen Demirchyan Sports and Concert Complex where he will participate in family photo creation ceremony in the sidelines of Francophonie. The Canadian PM will give a speech at the opening ceremony of the Francophonie summit, after which he will attend the plenary session.

Trudeau will be present at the gala concert at the Republican Square in the evening. Canadian PM’s agenda of October 11 in the sidelines of Francophonie will be completed by the attendance to supper organized by Armenian Premier Nikol Pashinyan for Prime Ministers.