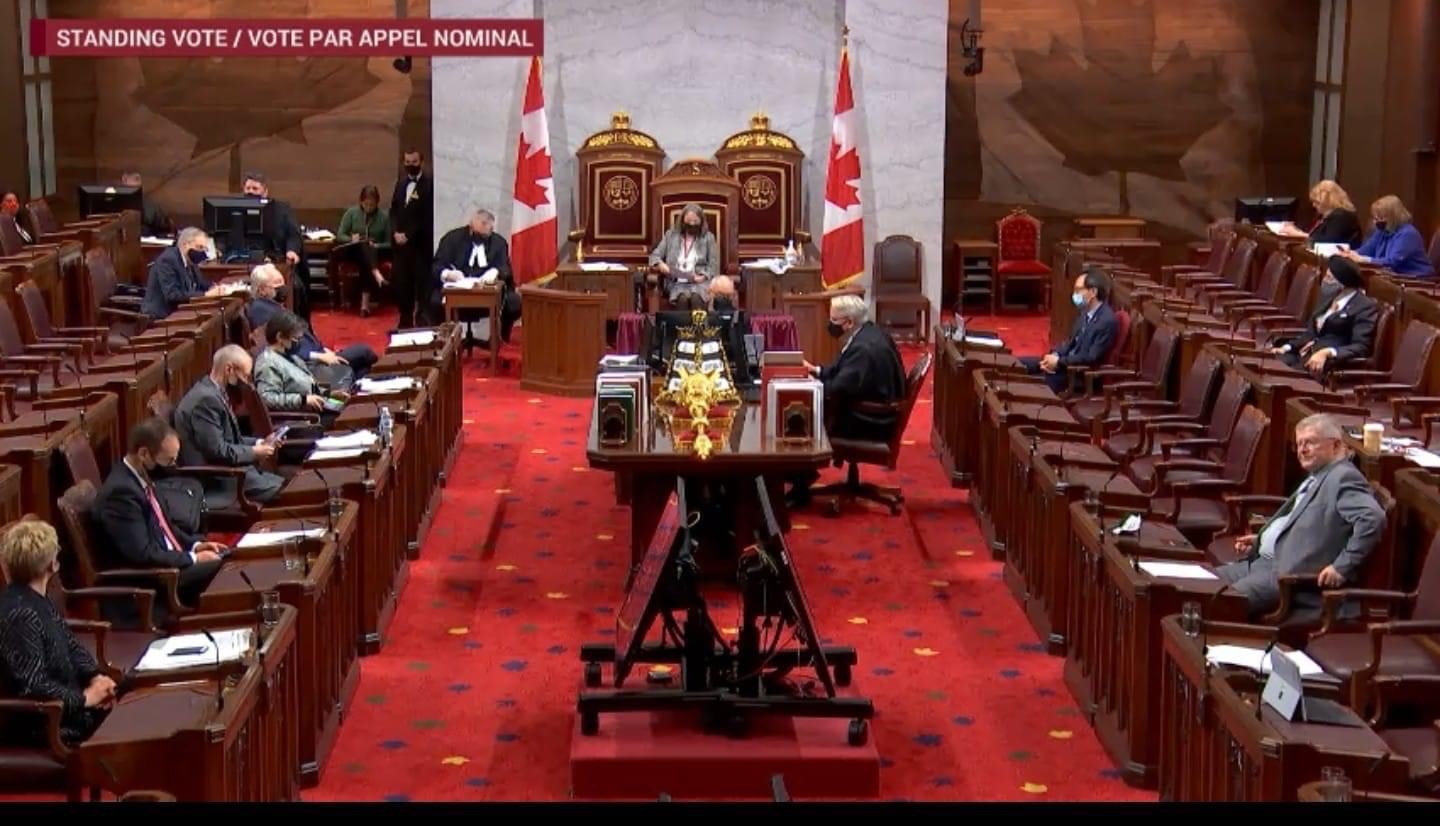 The Canadian Senate
The Armenian National Committee issued the following statement:
The Armenian National Committee of Canada is greatly disappointed by the results of the vote on Motion-36 in the Senate of Canada. Presented by Senator Leo Housakos of the Conservative Caucus, Motion-36 called upon the Government of Canada to condemn the joint Turkish-Azerbaijani aggression against Artsakh, ban all arms sales to Turkey and recognize the independence of the Republic of Artsakh.
Unfortunately, most Senators passively ignored the opportunity to do the right thing and stand firmly on the side of justice and truth.
Despite this setback, the ANCC and the entire Armenian-Canadian community will continue their strong and united advocacy efforts in pursuit of Artsakh’s rightful recognition as a free and independent state.
We thank Senator Leo Housakos for championing this cause and for his efforts in raising more awareness on this important matter. We also extend our thanks to all the Senators who voted in favor of the motion, standing in solidarity with the free people of Artsakh.
Prev post

Millions of Dollars of Infrastructure Lost in the Karabakh War