Millions of Dollars of Infrastructure Lost in the Karabakh War 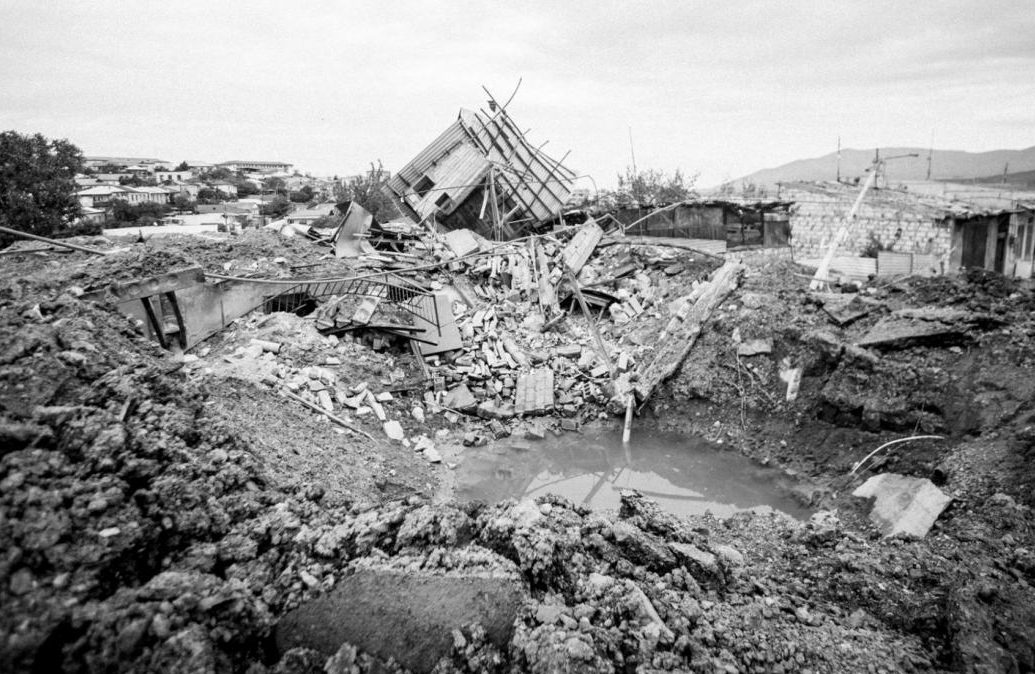 (Civilnet)- The second Karabakh War resulted in tremendous amounts of loss and damage to the area’s infrastructure – from communications and agriculture, to small businesses and large enterprises. Large development projects had been implemented, and for years, millions of dollars had been spent with the help of the Hayastan All-Armenian Fund.

The damage to Artsakh’s economy is estimated to be more than one billion dollars, but official numbers are still being calculated.

According to Armen Tovmasyan, Karabakh’s Minister of Economy and Industrial Infrastructure, Karabakh Telecom has been able to restore its cellular and internet connections, and is discussing building new communications infrastructure in the area. Tovmasyan also notes that most of the hydroelectric power plants remain under Azerbaijani control.

Head of Karabakh’s Minister of Territorial Administration and Development says the Drmbon polymetallic gold mine and the Kashen copper-molybdenum mine remain under Karabakh’s jurisdiction. However, the Tondirget gold mine in the Kovsakan region could potentially pass to the Azerbaijani side.

Ashot Bakhshiyan, Karabakh’s Minister of Agriculture, tells CIVILNET that the ministry is calculating a potential shortage of arable land and food. “We have lost about 95,000 hectares of arable land, including grain fields and orchards. We have not yet calculated the number of lost livestock,” he says, emphasizing that 25% of Armenia’s grain supply was provided by Artsakh.

Bakhshiyan also notes that  the majority of orchards are already under the control of Azerbaijan, and it is critical to establish new orchards and greenhouses.

The Vardenis-Martakert highway became operational in 2017 with the help of the Hayastan All-Armenian Fund. This road was a strategically important link between northern Karabakh and northern Armenia.

The road’s quality was better than the main Goris-Berdzor (Lachin) road, and it reduced the transport time from Yerevan to Stepanakert by 1.5 hours. The total cost of the project, according to the All-Armenia Fund, was roughly $35.4 million, of which 15.6 million dollars were provided by the Armenian government and about 4.1 million by the Nagorno Karabakh government. The road was the largest project implemented by the Fund in the past 25 years.

Martakert’s Talish village was greatly affected by the Four-Day War in April 2016. Hundreds of Talish residents fled their homes, and the village’s infrastructure was nearly destroyed. From 2016 to 2019, $2 million was raised by the All-Armenian Fund to build new drinking water and sewer systems, as well as a new community center. Another $1.7 million was spent to construct 18 residential houses, a cultural center, and a banquet hall. The Artsakh government and a philanthropist together funded this project. Talish is currently under the control of the Azerbaijani armed forces.

In 2013, a water supply system was established in Karvachar with the help of the Hayastan All-Armenian Fund. The project cost $410,000 and supplied 120 families with clean water. A regional medical center in Karvachar was set to be built in 2021 for $440,000.

Karvachar is one of the seven districts handed back to Azerbaijan per the “end of war” statement.

On October 30, 2020, the Armenia Fund planned to complete the renovation of the Daniel Ghazaryan Music School in Shushi, with approximately $172,000 raised for the initiative.

In 2012, the Khachatur Abovyan School was completely rebuilt in Shushi for $2.2 million. Reconstruction of the Youth and Cultural Center in Shushi was completed in July 2017 for $1.3 million. The center includes a concert hall and the Atom Egoyan Puppet Theater.

With a total of $3.9 million from the Armenia Fund, the Yeznik Mozyan Vocational School was constructed in Shushi. The school was financed by a philanthropist and co-financed by the Artsakh government. The school was designed for 450 students, with classrooms, laboratories, workshops, a library, and warehouses.

Substantial investments were also made in Shushi by businessmen and private foundations, including the construction of the Avan Shushi Plaza and the Shushi city bathhouse and marketplace.

The Hayastan All-Armenian Fund constructed a water treatment plant in 1997. From 2007 to 2009, the foundation funded over $1 million for the Togh-Hadrut gas pipeline, which passed through several communities in Hadrut.

The Hadrut Regional Hospital was rebuilt for $680,000, and equipped with new ambulances, hospital equipment, and a dental clinic.

The fund implemented a project for the reconstruction of the water supply system in Hadrut in 2016, which cost $1.4 million; more than 20 kilometers of water pipelines were built, the water reservoir was reconstructed, and water wells were repaired. Another $930,000 was provided to support the initial project.

The North-South highway, which stretched from Martakert to Hadrut, was built from 2000 to 2009 for $28.5 million. The road stretches a total of 160 kilometers and is of strategic importance. While part of the highway remains in Armenian control, the section in Hadrut has fallen under Azerbaijani control.

A winery in the Shekher village on the border of Hadrut and Martuni was established a few years ago. As a result of the war, the winery is currently occupied by Azerbaijan. According to the owner, the winery in its entirety cost approximately $1.5 million.

The owner also notes that 45,000 bottles of wine were to be shipped to America on October 10, and a large batch was to be sent in March. “When we had already decided to take them [the goods] out, the cars in the area were only transporting bullets, and there were no young men [to help move everything]. When my son died, we fell into chaos, and we were unable to move forward.”

The Tufenkian Foundation’s Work in Artsakh

The Tufenkian Charitable Foundation has been actively investing in Karabakh for the past 15 years. Raffi Doudaklian, the foundation’s executive director, told CIVILNET that the foundation has spent over $4 million on renovation and construction projects in Karabakh. “Nearly everything remains in the hands of the enemy – clinics, kindergartens, schools, and parks. In the south of Hadrut, we had established a village, Arajamugh, which was left entirely to them [Azerbaijan]. The construction cost about $1.5 million. We had built 24 houses, a school, a kindergarten, etc. It was a ten-year project. ”

From 2004 to 2011, the Tufenkian Foundation established a medical outpatient clinic in Ishkhanadzor, a flour mill in Aygehovit, a music school in Berdzor, and renovated Shushi’s municipality building.