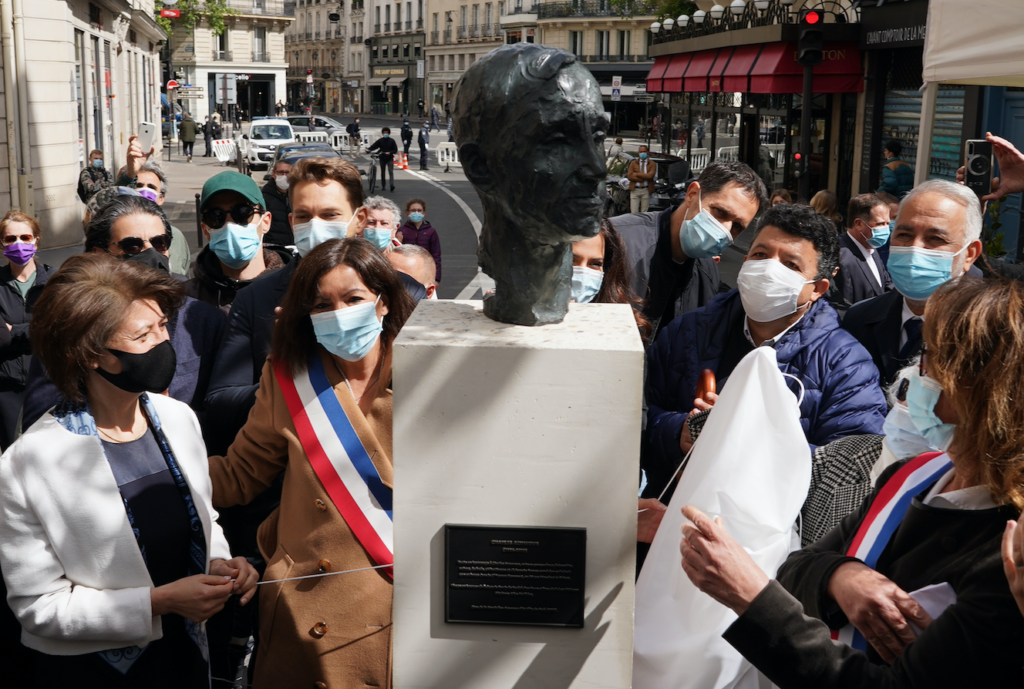 Charles Aznavour’s bust was unveiled in Paris today on the 97th birth anniversary of the legendary French-Armenian singer and composer.

Mayor of Paris Anne Hidalgo inaugurated the bust in the childhood district of the singer in Saint-Germain-des-Prés. The Aznavour Foundation offered it to the City of Paris in October 2019, a year after the singer’s death.

Attending the ceremony were the Mayor of Paris Anne Hidalgo, the artist’s family, including Aida Aznavour, Nicolas, the younger son of Charles, his wife Kristina, Armenia’s Ambassador to France, as well as Deputy Mayors and elected officials from the region.

The bronze sculpture, made in 1964, is the work of artist Alice Mélikian. It was given to Charles on his first trip to Armenia in the same year. 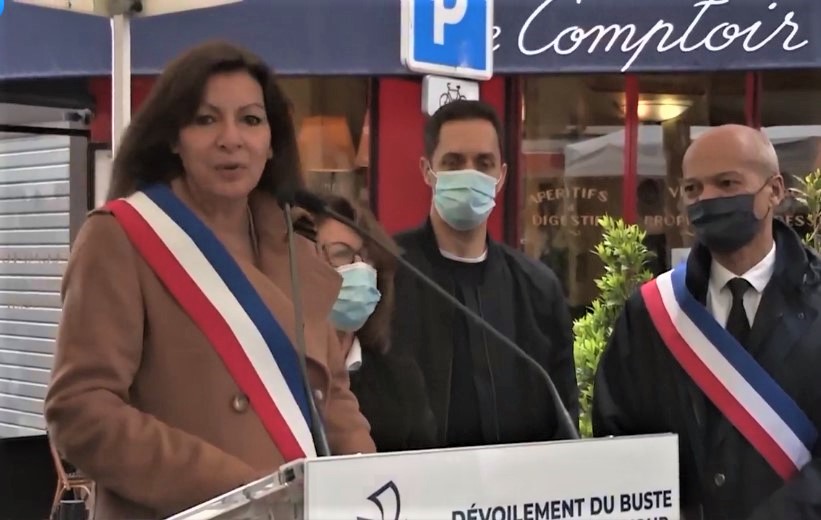 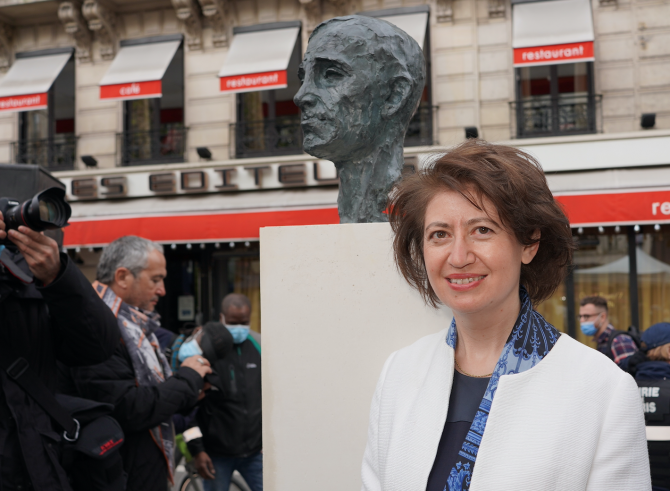 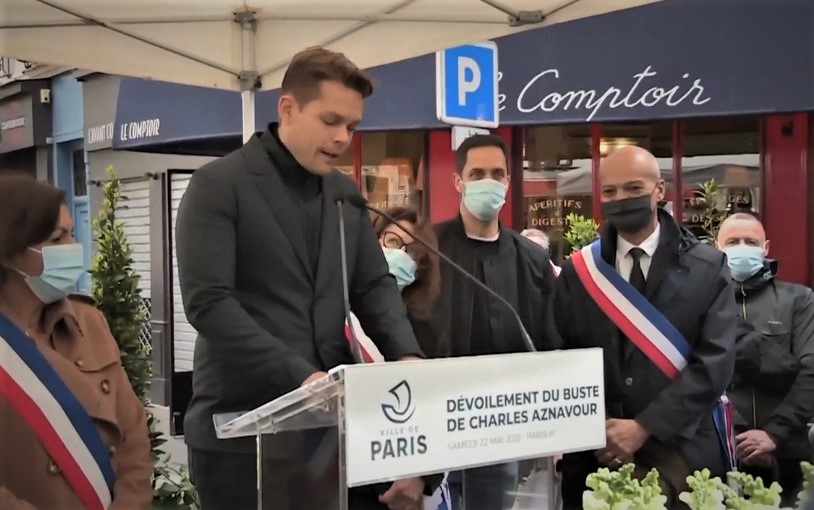