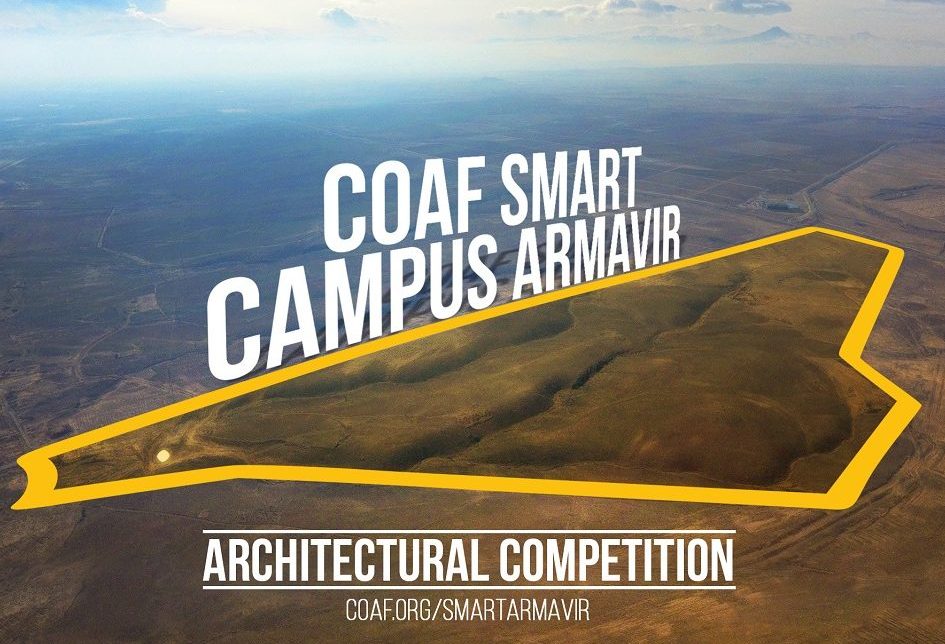 The Children of Armenia Fund (COAF) has launched the international architectural competition for the COAF SMART Campus in Armenia’s Armavir region. Architects worldwide are welcome to submit their innovative architectural concepts for a 90-hectare rural environment of world-class educational, cultural, and tourism facilities online by May 2, 2022.

Winning design proposals will be selected by an international jury panel, chaired by award-winning architect Michel Mossessian and composed of internationally-renowned architects and representatives of educational institutions.

The future SMART Campus in Armavir is the second of its kind, following in the footsteps of COAF’s SMART Campus in the northern Lori region, inaugurated in 2018. Over the past four years, more than 3,000 rural children have attended the Lori SMART Center, enjoying equitable access to quality education in arts, athletics, engineering, entrepreneurship, languages and music.

Alongside developing the academic and professional qualifications of Armenia’s rural youth, the SMART Campus has laid a strong foundation for tourism and economic development by placing a series of social enterprises, including a boutique hotel (Concept Hotel), a tourism information center (Visitor Center), a tree nursery and an upcoming conferencing facility (Conference Center) within walking distance from the SMART Center and right in Lori’s mountainous countryside.

The construction of the new SMART Campus in Armavir reiterates COAF’s commitment to offering a centralized and comprehensive approach to rebuilding Armenia’s rural communities. At the core of the Campus and this competition is the establishment of a new SMART Center designed to offer underserved rural children in Armavir long-term educational prospects through multidisciplinary after-school programs. Echoing the design of its predecessor, the Armavir SMART Center will be embedded into an intricate ecosystem of training facilities and social enterprises aimed at driving economic growth through tourism and agricultural diversification.

The announcement of the architectural competition for Armenia’s second SMART Campus marks the beginning of a new phase for COAF’s rural development approach—one in which the organization amplifies its impact on working and living conditions in rural communities by establishing SMART Campuses nationwide, starting in its home region, Armavir. The organization invites architects from around the globe to contribute their groundbreaking solutions to bring an architectural masterstroke to Armenia’s most overlooked rural areas and help build the country’s future in many aspects.

The world Failed to Act in 2020 When Azerbaijan Attacked Armenia. Now History Repeats Itself in Ukraine