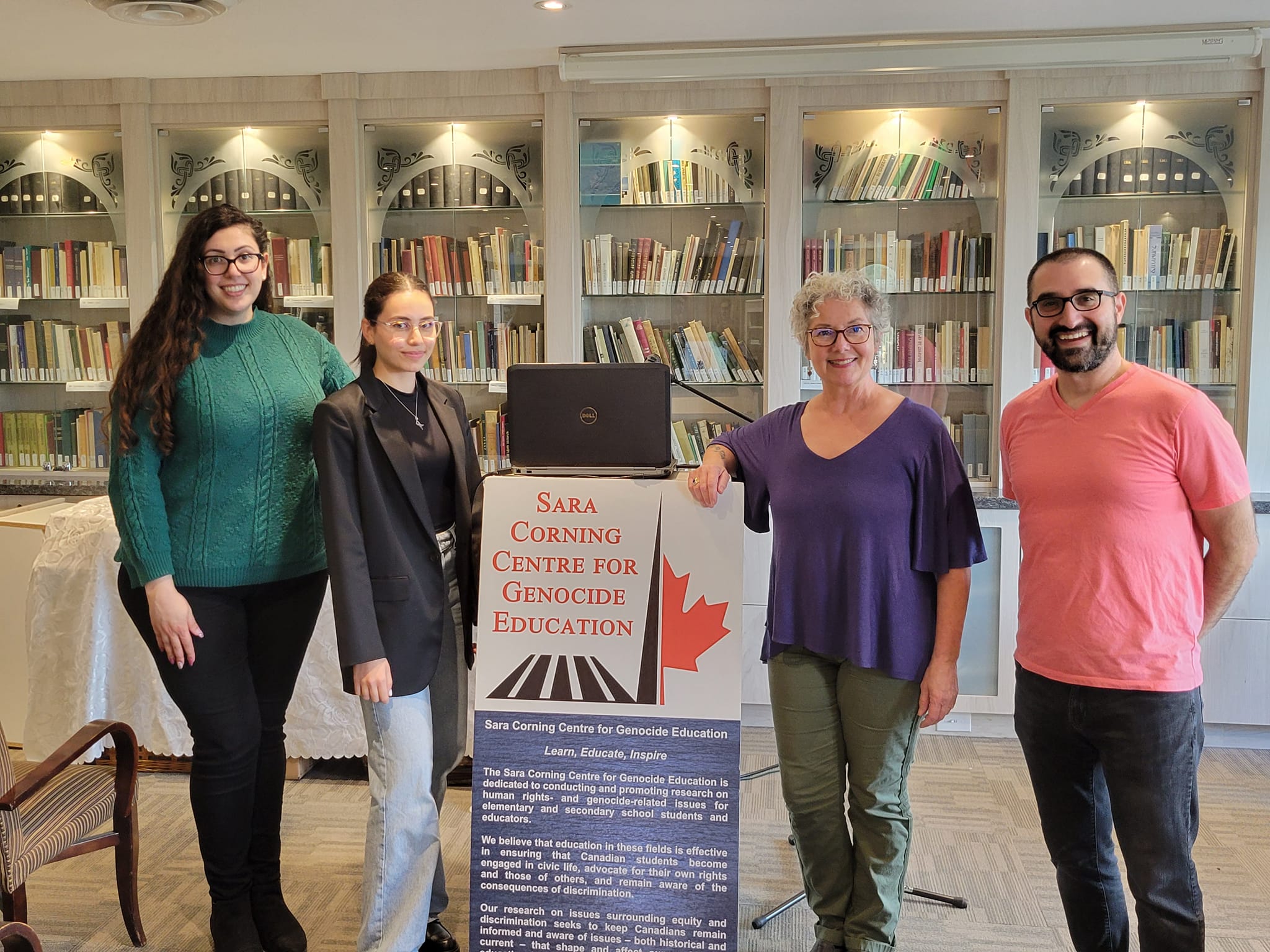 UofT ASA chair Gabriella Batikian’s introduction of the author and her compelling story set the stage and offered attendees insight into an important, yet mostly unknown, chapter of Canadian-Armenian history. Dedicated to telling the lesser-known stories of Canadian women and the impact they have made in Canada and around the world, Hill-Lehr has been described as being “…a writer whose passion for theatre and story-telling combines with a love of history.”

Woman on a Mission chronicles the life of Katherine Bell Fraser, a young Canadian missionary who came to the aid of the Armenians of the Ottoman Empire during the Hamidian Massacres. In 1892 at the age of 25, Bell Fraser left her hometown of Sherbrooke in rural Nova Scotia to travel halfway around the world to a completely unfamiliar land. Her journey took her to the Van, a heavily Armenian-populated city at the time. She worked at the girls boarding and day school affiliated with the Congregational Church’s American Board of Commissions for Foreign Missions.

Not only did Bell Fraser help young girls get an education, but she also provided much-needed medical care for the local population. Upon arriving, the foreign land and its inhabitants seemed primitive to young Katherine. However, during her time in Van, she came to understand the culture of the native Armenian population. Hill-Lehr notes how Bell Fraser began to learn Armenian, pushing herself to master the language. She would eventually have to leave Van when it became unsafe for her and her colleagues.

Bell Fraser would, however, continue to support Armenians. She went on to supply aid and raise money for Armenian refugees in Varna, Bulgaria. Upon her return to Canada, she spoke up about the plight of the Armenians, who were experiencing persecution and being massacred in parts of the Ottoman Empire.

Andria Hill-Lehr was introduced to the study of the Armenian Genocide and the Hamidian Massacres by Turkish historian Taner Akçam, a leading scholar on the topic and an advocate of Armenian Genocide recognition by Turkey. Akçam presented her with The Burning Tigris, an intimate narrative by Armenian-American writer Peter Balakian. Upon reading the book and other sources, she drew many similarities between the Armenians of the Ottoman Empire and the Indigenous Peoples of Canada. “What are commemoration and recognition? Should one apologize for acts committed by their ancestors, and if so, what form does this take?” These difficult questions were on the author’s mind while writing her book regarding the intersection of the two histories. A young Canadian woman who grew up in the Dominion of Canada, where the oppression of First Nations was rampant, went to the Ottoman Empire to care for the indigenous Armenian population. These contradictions and complexities are evident in Katherine Bell Fraser’s journey, which is a product of her time.

Interestingly, after Bell Fraser returned to Canada and advocated for the Armenians, she advised people not to judge Armenians through their “local lens” as, according to her, years of oppression had taken a toll on the people.

Bell Fraser was a friend to the Armenians, not only through her work at the mission school, but also for her appreciation of the Armenian spirit and as an outspoken advocate against their suffering at the hands of the Ottoman authorities. She witnessed the massacres by Turkish and Kurdish forces and how they suppressed Armenian revolutionary activities of the time. She would come to understand the Armenian national liberation movement, noting that if she too suffered such oppression, she too would be left with no choice but to revolt.

Katherine Bell Fraser’s kindness and support should not be forgotten. Thanks to Andria Hill-Lehr, her story has been told and can now be passed on to a new generation of Canadians and Armenians.